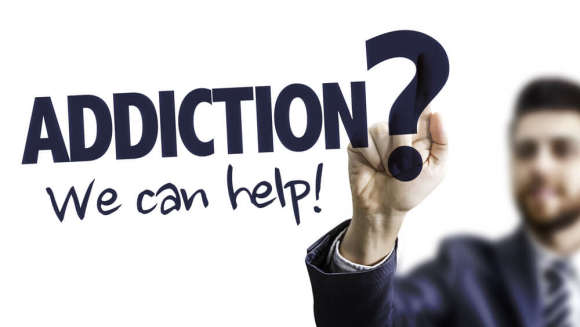 Not too long ago, the UK Betting and Gaming Council launched a new campaign designed to educate punters about the broad range of safer gambling tools that are offered by operators in the UK. The campaign, which was dubbed “Take Time To Think” replaced the previous campaign, “When The Fun Stops, Stop”. This new campaign was created after extensive research, as well as involving the participation of researchers, government stakeholders, as well as operators in the UK.

While the previous campaign “When The Fun Stops, Stop” was a massive success in addressing the issue of problem gambling, this new campaign is expected to reap even better results as it will be encouraging at-risk gamblers to stop and think by utilizing the wide array of safer gambling tools that are available in the market.

The Gaming Council is working hand in hand with various online casinos and broadcasting stations to distribute this campaign that is likely costing the government millions of pounds to execute. The campaign has received a great round of support from members of the council including operators such as PlayOjo, bet356, Betway, Playtech, Entain, Betsson, Kindred, Gamesys, Flutter, Betvictor, and more.

This campaign will also be distributed across all brick and mortar casinos and gambling establishments to ensure that it reaches all concerned parties. Extreme gambling has become a major issue for the UK with the Gambling commission estimating that there were at least 500,000 problem gamblers in the region, with many more people at risk.

Problem gambling has been rampant in the UK for a while now- and it is to be expected in the most successful gambling market in the world. Based on a survey commissioned by the Gambling Commission earlier in August this year, only a small portion of gamblers in the UK are fully aware of the accessibility of gambling tools. The acquired data from a survey of 4,576 individuals that had gambled in the last 12 months.

Respondents in the survey were asked about at least 7 specific safer gambling tools such as timeouts, multi-operator self-exclusion, limits, as well as a reality check. The survey found that there was a general lack of awareness of such tools designed to keep problem gamblers safe. According to the results of the study, only about 13% of respondents were making use of safer gambling tools with younger punters being far more likely to use such tools compared to older gamblers.

The study also found that tools designed to limit deposits appeared to be the most popularly used safer gambling tools as 59% of the respondents seemed familiar with them. The least recognized tool based on the findings of the survey was the blocking software from well-known platforms such as Gamban-only 2% of respondents were familiar with such software tools.

As such, campaigns such as Take Time To Think are more important than ever if the commission wants to succeed in reducing gambling-related harm in the region. As problem gambling continues to spike all through the UK, it has become more important than ever for stakeholders in the industry to work together to support such campaigns and initiatives created to raise awareness of the possible risks associated with gambling.

Keeping gamblers safe, particularly amid the ongoing pandemic, has to become a priority for all involved parties including operators, the government, as well as regulators. A vast majority of individuals are indeed capable of enjoying betting safely. However, it is those at risk or currently experiencing problems and their families that need effective support.

Not only is it important to highlight the dangers of problem gambling, but it is also crucial to bring attention to the advice, support, as well as tools available to gamblers, should and when they need them. These days, there are some great support networks and resources that help individuals of all ages better comprehend the risks and the broader impact that gambling can have on someone’s lifestyle, health, relationship, as well as career.

The good news is that the UKGC alongside some players in the sector is genuinely putting their best foot forward to improve player protection and safer gambling campaigns and initiatives. Safer gambling training is also required for operators. Last year, Betknowmore UK debuted a digital learning program for gambling industry employees to impart specialist training that teaches them how to strengthen their player protection standards.

Betknowmore believes that there must be accepted standards that employees within the gambling sector can rely on throughout their careers. Truly, evidence led training for staff members in the sector will go a long way in safeguarding future generations of gamblers. Looking ahead, the UKGC is moving in the right direction and such initiatives and campaigns like Take Time to Think must continue to grow in a bid to reach even more online gamblers.

Gamblers are typically exposed to all sorts of risks and harms. In some instances, though, the people closest to the person at risk are often the ones that have to deal with the consequences. There has emerged a need for organizations to work harder at the grassroots level to help all individuals, whether gambling or non-gambling, to gain more awareness of the damages that can arise when the betting lifestyle gets out of hand.

If the UK is going to be successful at treating gambling addiction through a public health model, there must be 3 things in place first. One, there must be a great foundation laid that consists of education and awareness of the issues. Secondly, a lot of preventative work needs to be conducted in vulnerable areas of society.

Thirdly, the industry must work extra hard to develop a treatment pathway for anyone that’s looking for treatment and support. When all these 3 things have been actualized, people will be more willing to speak up when there is an issue instead of suffering in silence or treating the problem in isolation. So as you can see, campaigns such as Take Time to Think are a great start!