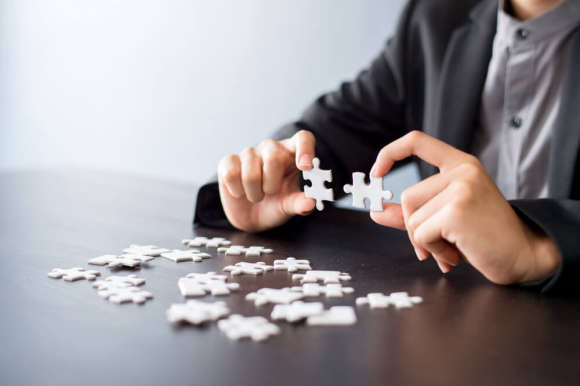 Soft2Bet, which is one of the fastest-growing casinos and sportsbooks, has inked yet another momentous deal with Scientific Games. This deal will see Scientific Games provide industry-leading slot content to SoftBet’s large network of brands through Scientific’s popular OpenGaming system.

Thanks to this partnership, Soft2Bet will now offer its customers access to more than 2,000 slot games, giving them a lot more variety than ever before. Most of the titles hosted on the Scientific’s Open Gaming System have been developed in-house but Soft2Bet users will also have access to 3rd party developers.

Scientific Gaming’s OpenGaming ecosystem is one of the most sophisticated out there and is home to impressive content aggregation tech, as well as a top-notch account management platform. The ecosystem boasts more than 2500 games created in-house as well as from an array of 3rd party suppliers.

Soft2Bet has been very keen on expanding its brand as competition in the casino and sportsbook market continues to intensify across North America, as well as Europe. Not too long ago, Soft2Bet also signed a similar partnership with Evolution Gaming, which is one of the biggest names in live dealer content in the iGaming industry.

As per the terms of Evolution’s partnership with Soft2Bet, Evolution will provide Soft2Bet with live casino titles. As a result of this deal, Soft2Bet now has an additional 3 blackjack tables to its extensive portfolio. The Live casino games that have been provided by Evolution are included as part of a special package that has been titled Club Royale.

As stated earlier, Soft2Bet enjoys a large network of 10 plus brands including Betnia, one of the most popular gamified sportsbooks, as well as Cadabrus, its most recent casino brand to debut.  Of all its brands, however, Nomini and Rabone stand as its most popular selections.

Soft2Bet has been a thriving casino brand and such partnerships will only ensure that its success continues. Soft2Bet is headquartered in Cyprus and has grown its portfolio to include 17 brands since it launched in 2012. Soft2Bet has also expanded its operations in other regions, which has helped to further its success.

Soft2Bet also signed a partnership with Swintt, which is a highly sought-after casino content supplier. This partnership now sees Soft2Bet offer its customers a broad range of games from Swintt’s portfolio for the first time since it was founded in 2012. Some of the content that Swintt is supplying Soft2Bet include its local slot catalog, as well as the ever-popular SwinttLive collection.

Swintt slots are created and designed specifically to fit the local market that will consume the product, which is great for high-growth markets in Europe. Recently Swintt launched new titles, the likes of Lone Rider XtraWays, Sea Raiders, as well as Book of the West, all of which have been extremely well received.

As a result of this new deal with Swintt, Soft2Bet also offers its players a superior live casino experience under the brand’s SwinttLive umbrella. SwinttLive is unlike anything else out there as it was created with mobile-first functionality that appeals to experienced VIP players. SwinttLive’s mobile-first product is the only live dealer product of its kind to be streamed right from Las Vegas.

SwinttLive enjoys licenses not just from the Malta Gaming Authority but one from the Swedish Gambling Authority as well. As time goes by, Soft2Bet will also be able to launch its content to players in Sweden. SoftBet has worked hard to establish its brand as a leading provider as it now powers some of the most notable operators and brands in the gaming sphere.

Just recently, Soft2Bet was awarded a license from the Malta Gaming Association for 2 of its growing brands; YoyoCasino and Campobet. Both CampoBet and YoyoCasino were launched last year in Sweden and have since been growing from strength to strength. Now that Soft2Bet has acquired a license from the Malta Gaming Association, Soft2Bet will be able to launch its services in several new markets, which is a great breakthrough for the casino and sportsbook.

Soft2 Bet launched its Yoyo Casino brand in March 2020 at the height of the ongoing pandemic while its CampoBet brand was launched soon after in July. To amplify its security systems, Soft2Bet has also linked up with Onfido, which is one of the most highly sought-after identity verification and authentication services in the casino gambling industry.

With Onfido’s system, Soft2Bet can now easily verify the authenticity of everyone that signs up for their platforms. Not only does this create a safer gambling environment, but it also makes the customer onboarding process a lot more streamlined. Following Soft2Bet’s newly acquired license from the Malta Gaming Commission, Soft2Bet is doing everything possible to maintain the safety of its customers.

Gambler safety has become an issue of real concern and Soft2Bet acknowledges that there is a need to protect gamblers while still ensuring that the premium gambling experience is maintained. This partnership with Onfido will supply the verification technology and expertise needed to make Soft2Bet the top choice for anyone looking for a high-quality and safe gambling environment.

Soft2Bet will likely continue to expand its portfolio of brands and integrate content from even more suppliers in the coming months. Soft2Bet already enjoys an expansive portfolio of cutting edge brands in the casino and sportsbook space that appeals to a wide array of audiences and age groups, which has made it a lot easier for the brand to expand its services across Europe.

Now that some of its brands have acquired licenses from the Malta Gaming Association, Soft2Bet now has the leeway to expand into even more regions across Europe as well as North America. Over the last few years, Soft2Bet has managed to demonstrate the strength of its compliance credentials so the brand should not experience any issues expanding into additional regions and jurisdictions.