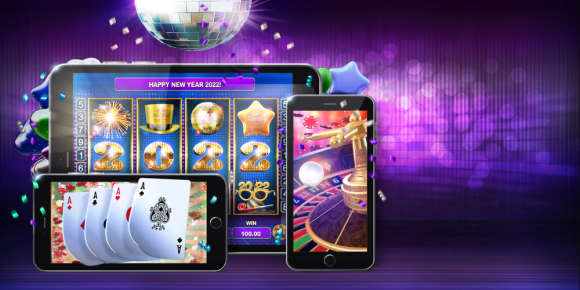 Scientific Games has made a play for one of the most well-known iLottery companies, Sideplay Entertainment thus expanding its portfolio of content to include online lotteries. Although Scientific Games has not made it clear exactly when the transaction will be finalized, Sideplay brings a lot to the table in this new partnership.

As the main supplier of one of the most active lottery groups in the world, the UK National Lottery, Sideplay has a wealth of experience in the internet lottery field that Scientific Play will benefit immensely from. With this collaboration, Scientific Play stands to gain exposure into numerous digital lottery markets. Sideplay will also bring with it a digital game content distribution tech that will help Scientific to fill the gap in its digital tech stack.

In the long run, what this will do is allow Scientific Games to boost the rate at which it releases and shares content in the market. Scientific Games and Sideplay have enjoyed a long-standing relationship for many years. In the past, Scientific has always distributed Sideplay’s iLottery programs in North America including distributing content for Loto-Québec in Canada, as well as the Pennsylvania Lottery.

Sideplay has been around since it was founded in 2003. Over the years, it has managed to debut more than 270 instant win games for many established lottery and online casino operators around the globe. Sideplay has amassed a team of highly experienced developers that are constantly coming up with innovative ways to enhance the player experience.

Scientific has already taken steps to incorporate Sideplay’s online games into its iLottery platforms for distribution to more than 20 customers globally. As one of the world’s top distributors of iLottery products, this partnership with Sideplay will allow Scientific to keep being the distributor of choice for the world’s biggest and best operators.

Scientific Games has dabbled in the iLottery business ever since it debuted its first instant game in 2014. Aside from distributing instant games, Scientific Games also supplies lottery interactive games, player loyalty programs, apps, as well as other services and products of an interactive nature in the digital gambling space.

Even though iLottery is still a fairly new vertical that is yet to generate as much revenue as other verticals namely online poker and sports betting. However, the iLottery field has gradually been gaining popularity over the last several years. The reason why iLottery still hasn’t picked up as much as other verticals mainly has to do with jurisdiction, which varies from one state to the next.

Like sports betting, each state determines whether it will legalize its iLottery market or not. So far, there are only a few states that have legalized iLottery. These include Virginia, Michigan, North Carolina, as well as New Hampshire. So far, Scientific Games has managed to attract 20 iLottery customers but this new partnership with Scientific Games should help it expand its customer base even further.

Earlier this June, Scientific announced that it would be divesting its sports betting and lottery gaming business so that it could lower its debt while also increasing its focus on digital gaming, which is growing more popular by the day thanks to the internet and technology advancement.

With the support of its board members, the group is still looking for ways to execute the divestiture of its sports betting and lottery business. However, the divestiture process could take various forms including disposing of its lottery and sports wagering business by either selling, merging, or shutting down the business.

As such, experts predict that Scientific Games might consider several methods to reinvest including an IPO or acquisition from a special purpose acquisition company or even merging strategically with another complimentary business. Scientific is taking on a bold stance in its bid to become the biggest content-led growth company for both brick and mortar as well as online casino markets.

Even though Scientific Games is looking to sell off its sports betting and lottery business, the international online lottery market is growing exponentially. So much so that it is expected to reach $14.5 billion before the end of 2026. In the US, after decades of depending on in-person purchases, the lottery has finally joined the online realm.

Over the last couple of years, several startups have tried to modernize the lottery system in the country primarily because more and more states are starting to embrace iLottery. Specifically, states such as New Jersey and New York boast thriving iLottery businesses partly because vendors are now allowed to sell lottery tickets online.

There is no doubt that the pandemic has played a major role in the acceleration of the boom in online lottery sales. According to industry reports, the online lottery market in the US is expected to hit $2.3 billion by the end of this year. in 2020, the iLottery market saw a boost of 25.7% while most industries were struggling to stay afloat.

Various iLottery startups have been established in the last 5 years to cater to this boom. Some of the most well-known names in the iLottery business include brands like Jackpocket, SpinToWin Slots & Sweepstakes, as well as Betfred. Several states have also made their own digital products. For instance, Pennsylvania operates iLottery PA, which is the state lottery’s official online betting site. California also boasts its own app and so does the Texas Lottery.

Earlier this year, Jackpocket, which is an app that allows New York punters to buy official state lottery tickets, was launched in the Big Apple. Some of the games on offer for New York residents include Powerball and Mega Millions.  In New Jersey, a 2016 law paved the way for 3rd party suppliers to sell lottery tickets online, which is when the New Jersey Lottery partnered up officially with its first lottery ticket courier Jackpocket.

There is no doubt that the field of iLottery is in great demand especially now during the ongoing pandemic. As time goes by, online lottery sales will continue to skyrocket and companies such as Jackpocket and Sideplay will be present to reap all the rewards when it happens.