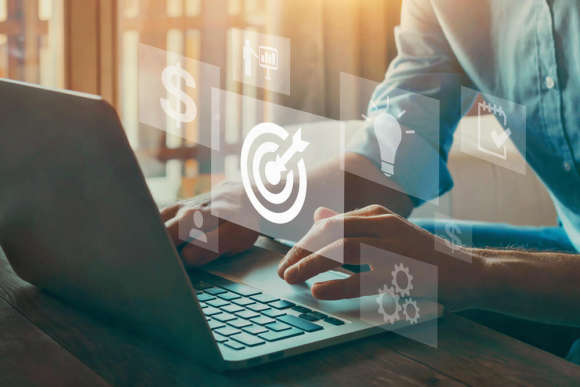 Relax Gaming, one of the top online gaming aggregators has entered into a landmark partnership with PokerStars, which is a brand that needs no introduction in the online poker world. Indeed, PokerStars has emerged as one of the most well-known entertainment and gaming brands that enjoy an international presence in various international markets around the globe.

All these developers and more will be powered by Silver Bullet in partnership with Relax Gaming. PokerStars will soon be able to distribute the content created by these developers to all PokerStars suppliers, as well as all legalized jurisdictions that PokerStars enjoys a presence in. Some of the titles up for grabs include Temple Tumble, Money Train 2, as well as Iron Bank.

Over the years, Relax Gaming has become well known for its widespread collection of products that include Millionaire Megapays, Trolls Gold, Temple Frenzy Lightning Chase, Valhalla Lowering Pays, and many more innovative titles. Although this new partnership will help PokerStars offer even more variety to its customers and suppliers, this deal will also be extremely beneficial for Relax gaming as well.

In particular, now that Relax has a partnership with PokerStars, it will officially gain access to Pokerstars own collection of content as well as entry into new jurisdictions and player bases in regions that it would otherwise have been unable to reach. In particular, Relax Gaming will gain a new customer base in Europe, explicitly in Italy and Spain.

Not only will this partnership build Relax Gaming’s brand awareness, but it will also give the brand immense exposure as far as its products and offers are concerned. Relax Gaming has been working hard to expand its services in 2021 and this opportunity ensures that it does just that. In July this year, Kindred took full ownership of Relax Gaming in exchange for €295m or $379m. Kindred has been the biggest shareholder in Relax since it came on board in 2013.

As one of the most popular content aggregation and game development networks, Relax Gaming has been extremely focused on its expansion in Europe. So much so that in the last year, Relax Gaming has opened several new offices including establishing operations in Gibraltar as well as Stockholm.

As it continues to maintain its focus on European expansion, Relax Gaming has entered into several partnerships that will allow the brand to realize its expansion plans for the greater European gambling market. For instance, just recently in August, Relax signed a Business to Consumer agreement that will gain its entry into the Romanian market thanks to a landmark deal with FavBet online.

FavBet is one of the most established brands in the Romanian gambling market having entered the scene when it launched operations in 1999. FavBet also enjoys a strong presence in many European markets, which will give Relax Gaming the access it is so badly yearning for. FavBet has grown since its launch in 1999 to include more offerings such as sports betting and an array of other casino gambling options including live casinos, live betting, online slots, as well as lotteries.

As a result of this new deal with Relax Gaming, FavBet customers will now enjoy access to Relax’s world-class titles. FavBet will also gain access to Relkax’s award-winning catalog that includes well-known titles such as Top Dawg$, Money Cart 2 Bonus Reels, as well as Templar Tumble.

Now that Relax is fully owned by Kindred, the new acquisitions will accelerate Relax Gaming’s strategy for expansion into Europe. Established in 201o, Relax Gaming has been developing online casino games that are supported by a well-established open distribution platform that paves way for 3rd party aggregation. Relax has also built a solid reputation for itself as a trusted distributor of patented online poker and bingo products.

In the last 12 months, Relax Gaming has performed extremely well despite the ongoing pandemic, managing to generate €25m in revenue. Even though Kindred now owns Relax fully, it still intends to run the content aggregator as an independent entity within its larger framework. As time progresses, it is expected that Kindred will keep investing heavily into Relax to strengthen its position in the market.

This year in August, Relax Gaming also gained entry into the Danish online gambling market as a result of a deal struck between the content aggregator and amusement company Tivoli. Tivoli has enjoyed a vibrant presence in Denmark since its advent in 2012 and this new deal will allow it to take full advantage of Relax’s growing full-service platform as well as its broad catalog of games.

This year, Relax Gaming has put a lot of effort into establishing and positioning itself as a great alternative to suppliers and operators in the Nordic region, which also boasts one of the most engaged markets of gamblers. Relax’s win at this year’s EGR Nordic awards is proof of its growing presence in the region.

As Relax Gaming continues to pursue its expansion plans, it will continue to strike partnerships with established and well-known brands such as PokerStars. Such partnerships are exactly what will give the brand the push it needs to expand while differentiating itself from the mounting competition in Europe.

Relax Gaming itself boasts an impressive track record with the brand receiving multiple awards and distinctions over the last few months. Case in point, Relax Gaming has been nominated for at least 16 awards during both the CasinoBeats Developer and the EGR Award Ceremonies. At the start of this year, Relax Gaming was awarded as the best casino content supplier of the year during this year’s EGR Nordics Awards.