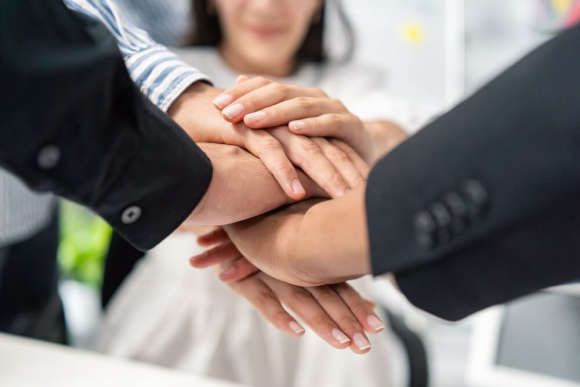 Relax Gaming is teaming up with recently acquired William Hill. Relax, which is an iGaming aggregator and supplier of one-of-a-kind content, now has access to the biggest and most successful betting market as it will be allowed to offer its games in the UK. As a result of this partnership, William Hill will also benefit considerably from Relax’s partners.

This partnership will see Relax Gaming offer a wide array of content and titles to William Hill as it carries on with its expansion plans. Some of the Relax’s Gaming’s titles that will be added to William Hill include the popular Money Train 2, Top Dawg$, which promise punters great rewards, features as well as bonuses. In total, Relax Gaming has more than 2000 online casino games that include its proprietary slots, as well a wide range of handpicked content from 3rd party studios and partners.

Relax Gaming is constantly looking out for ways in which it can offer punters an enhanced gambling experience. That’s why partnering up with established operators like William Hill is such a strong strategic move for the growing brand. This partnership with William Hill amplifies Relax Gaming’s value, as well as its service offering.

Since it was founded, Relax Gaming has continuously provided its customers with a wide array of innovative and engaging services and products that have proven to be extremely popular with punters in the UK. Relax Gaming boasts some of the most popular slot games and online casino games, which is why it is regarded as one of the top aggregators in the world. In addition to its high-quality content, William Hill will also gain Relax’s powered by Silver Bullet platform and Relax partners.

Just recently, Relax released a new game, Mega Mine Nudging Ways, which allows punters to win up to  50,000x. The game has a Nudging Mystery Stacks feature that nudges into the screen, thus presenting players with more than 32,768 ways to win. Some of the graphics included in the game consist of explosive Wild symbols, diamond-filled crates that serve as Scatter symbols, and an assortment of colorful jewels to work with.

As one of the most popular Business to Business suppliers in the gambling industry, Relax Gaming has established itself as a unique brand. So much so that the operator was recently awarded 4 EGR B2B awards earlier this year in July, as well as 2 CasinoBeats Developer Awards in Malta. It was also awarded Casino Content Supplier at the EGR Nordics at the beginning of this year in February.

Relax Gaming expanding all over the world

This partnership with Holland Casino will go a long way in helping Relax establish its presence in the Netherlands, in line with its mission to have a presence in as many regulated markets as possible. As one of the Netherlands' most well-known casino gaming brands, this collaboration with Holland Casino will further help to solidify Relax Gaming’s reputation and reach.

Recently in October, the Kindred Group completed the acquisition of the remaining stake in Relax gaming. The operator held a 33.4% stake in Relax, which it had maintained since 2013, but it recently made moves to acquire the company fully. Kindred paid approximately €295m, which will be split into 2 payments payable between 2022 and 2023.

This acquisition by Kindred has greatly helped to accelerate Relax Gaming’s strategy to boost its focus on customer experience. With Kindred’s support and financial backing, Relax Gaming will be able to control and differentiate itself a lot more effectively.

888 is also making good on its expansion plans after it was recently acquired by William Hill. The gambling giant agreed to pay an estimated £2.2 billion or US$3.1 billion to acquire the veteran William Hill business in the UK. William Hill was originally purchased by Caesars Entertainment this year in April for UK£2.9 billion or US$4 billion.

However, Caesars only opted to maintain William Hill’s US operations, confirming from the very beginning that it intended to sell off the UK brand of the business. Several other firms attempted to acquire William Hill including CVC Capital Partners and Apollo Global Management. However, it was 888 that eventually managed to bag William Hill’s 1400 UK betting shops.

888, which is based in Gibraltar now plans to considerably boost its scale and accelerate its revenue growth, all while diversifying its range of products and services. With this acquisition, William Hill UK should be able to further diversify its offerings thanks to the pre-tax cost synergies of at least UK£100 million or US$139 million. Now that 888 and William Hill are one, this acquisition has created one of the biggest and most successful online wagering and gaming groups in the region.

Even though the gambling industry in the UK has been undergoing massive changes thanks to the 2005 Gambling review, it still remains the most lucrative sports betting market in the world. As such, companies that operate in the region such as William Hill still stand to gain plenty despite the reforms. William Hill is an iconic brand in the UK and European gambling market and this boost that it has received from 888 should allow it to solidify its presence in the competitive market.