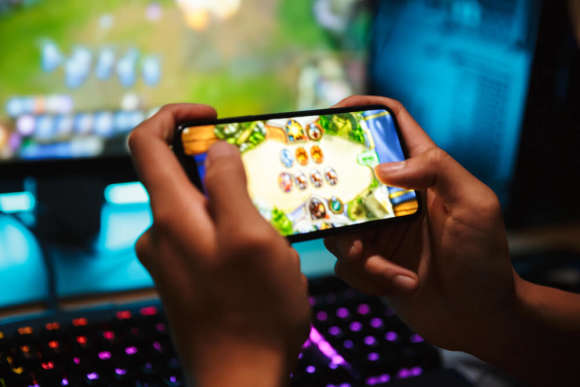 Red Rake is teaming up with 888 Ladies, which is a subsidiary and the female-focused virtual gaming platform of 888 Holdings. Under the terms of this new partnership, Red Rake Gaming will supply 888 Ladies with some of its innovative content and recent releases. As a result of this partnership, 888 Ladies will now have a series of new bingo titles including the 5×3-reel video slot Fruits’n Jars, its immersive 6-reel slot Mystic Lady, as well as Nefertiti’s Riches.

This new partnership with Red Rake will go a long way in providing 888 Ladies with fresh content as well as credibility in the iGaming market. 888 Ladies’ mission has always been to provide its punters with a variety of world-class games and a safe gambling environment where participants can enjoy their favorite pastime securely.

Red Rake has consolidated a positive reputation for itself ever since the brand was founded in 2011. The Spain-based developer-first debuted its online casino games in social casinos before it proceeded to advance into real money gambling in 2016. Today, its portfolio of products has grown extensively to include blackjack, video poker, as well as various video bingo titles including God of Poseidon, Muertitos, as well as Disco Nights.

888 Ladies was created specifically to attract female gamblers. The online platform boasts slots and bingo titles and was originally launched simultaneously with its sister platform 888 Bingo. Over the last couple of years, the number of female punters has grown immensely, so much so that female punters now account for 40% of gamblers in the US and about 49% of punters in the UK.

As more women join the gambling industry, more content that’s designed specifically for females has started to appear. Unfortunately, women-centric gambling experiences have been lacking in the market for years as the industry has always been more male-oriented.

Today, more and more gambling operators are creating products and experiences for female punters. Cameo Casino was the first online casino that was created explicitly for female punters. Examples of other female-centric gambling companies include Mario Casino and Pink Casino.

Red Rake Gaming has been on a partnership roll

Lottomatica will also gain access to Super 15 Stars, which makes use of feature games and bonus rounds from the Super Series games. Italy is one of the most successful gaming markets in the world and with this partnership, Red Rake will now gain access to the market. In recent weeks, Red Rake has signed a similar partnership with Blue Ocean Gaming.

Blue Ocean, like Lottomatica, will integrate Red Rake's entire portfolio of slots into its GameHub platform. As a result of this deal, Blue Ocean will now enjoy access to Red Rake's many titles which include more than 50 games such as its Super Series and MillionWays to win slots. In a similar partnership with SkillOnNet, Red Rake’s slots and video bingo titles will now be easily accessed by SkillOnNet customers.

Owing to this partnership, SkillOnNet’s brands such as ZebraWins, PlayOJO, SpinGenie, PlayMillion, as well as SpinGenie will now carry Red Rake’s titles. Red Rake goes to great lengths to make certain that its games are interactive and exciting for punters and it does so while also delivering massive winning potential.

In return, Red Rake will gain access to SkillOnNet’s various European markets including in the UK, Malta, Sweden, Portugal, Denmark, Germany, as well as Spain. Now that Red Rakes titles are part of SkillOnNet’s brands, SkillOnet’s game portfolio now has more than 35000 video slots, table games, slots, jackpot slots, live dealer, instant win, as well as various bingo titles from some of the most popular content providers in the market.

Earlier this year, Red Rake also entered into a similar partnership with Vivo Gaming. Red Rake has been growing strong since it was founded in 2016. Today, it offers a wide array of games across multiple betting markets with more expected to follow before the end of the year. Vivo Gaming is a specialist in live dealer games and adding Red Rake’s portfolio will give the brand even more reach.

Vivo Gaming boasts more than 60 live tables that are operating across 3 continents in Asia, Latin America, as well as Europe. Vivo offers punters a selection of games such as Dragon Tiger, baccarat, roulette, poker, as well as blackjack.

To expand its footprint even further, Red Rake has also partnered up with Nossa Aposta, which will give the brand access to the iGaming market in Portugal. Red Rake’s range of slots will be integrated with Pariplay, which is an online casino and sportsbook operator and aggregator. Nossa has been around since 2017 and is owned by the publicly listed brand Cofina. Owing to this new partnership, Red Rake now enjoys access to 2 new gaming licenses from Inspeção de Jogos.

Red Rake also gained access to Romania after being awarded a Class II license by ONJN, the Romanian regulator. As a result of the license, Romanian punters can now enjoy Red Rakes content including titles such as Flamingo Paradise, Super 20 Stars, Max Dangerous, Tommy Gun’s Vendetta, and more.

Red Rake also now has market access to Greece after the brand was granted market access by the Hellenic Gaming Commission. Red Rake has always been interested in debuting its services in Greece as Red Rake continues to pursue further opportunities in the burgeoning market. Lastly, Red Rake also gained access to the Argentinian market as a result of its collaboration with Betfun. Betfun is what allowed Red Rake to make its maiden move into Argentina.