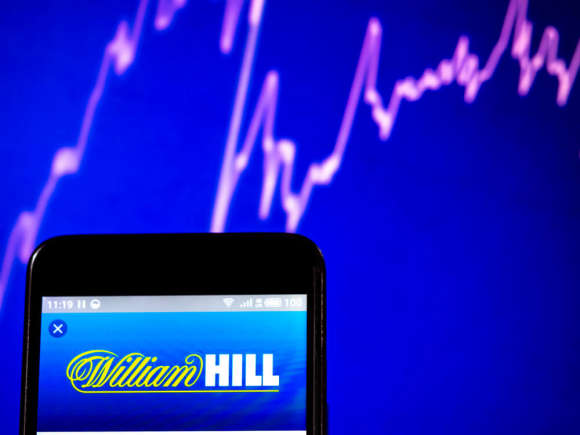 William Hill’s UK and European operations are finally up for sale to the highest bidder- and it appears that bidder is 888 Holdings. Caesars Entertainment, which remained in charge of 888 Holdings since it finalized its acquisition of the British operator for an estimated £2.9bn or $4.04bn in September last year, sold William Hill’s non-US holdings to 888 for £3.03 billion.

As a result, 888 will take over all William Hill betting shops in the UK, as well as those in Europe. It is estimated that the UK betting shops are approximately 1,400, which is quite a sizable amount of the world’s most popular gambling destination. 888, which is based in Gibraltar, is hoping that the purchase of William Hill will save the struggling brand at least £100 million yearly in costs.

According to 888, William Hill’s non-US assets will also allow the brand to diversify its portfolio and income streams while allowing it to take full advantage of the burgeoning sports wagering landscape. Although it was 888 Holdings that won the bidding war, it faced fierce competition from Apollo Capital Management, as well as CVC Capital.

Ever since the pandemic broke, William Hill has been working extremely hard to maintain its sports betting operations to no avail. Even though its British betting shops were forced to remain closed for months on end, thus leading up to this demise, its online operations are still soaring with sales reported to have gone up by 38% during Q1 2021.

William Hill has been through tough times

William Hill has been forced to endure difficult times in the ongoing pandemic, like most companies and industries out there. Last year, when crowds were still not allowed at sports events, this definitely took a hit on wagering revenues.  With the sports environment remaining uncertain for months on end, gambling companies such as William Hill struggled to maintain operations.

Particularly, as a result of unexpected sports outcomes and volatile margins, William Hill and other bookmakers struggled to price odds for events that took part in very unusual circumstances, which made things even worse for the brand. Last year, things were so bad that revenue dropped more than 10% in the 3 months leading up to the end of the year.

Turnover for the first half of 2020 was so bad that William Hill was forced to close down 1414 of its betting shops as a result. William Hill's primary focus on sports wagering also meant that the brand could not benefit in the same way its competitors such as GVC Holdings and Flutter did thanks to increased online gambling during the lockdown, which put William Hill further at a disadvantage.

For instance, major competitor Flutter recorded an increase in revenue during the first 6 months of 2020 as a result of increased online casino and poker activity. By contrast, William Hill’s numbers told a very different story of struggle. Despite debuting betting operations in 5 states in 2020, bringing the total of betting operations to 14, William Hill’s revenue growth in the US simply slowed down.

Growth was much better for its international division, but the new licensing laws in Germany, which enforced strict deposit restrictions of €1,000 and barred live online casino gaming, put a damper on things for the brand. The closure of its betting shops in the UK due to local restrictions and the inception of maximum bids allowed at fixed betting terminals also added salt to injury.

What does this new acquisition mean for 888?

This new acquisition will help 888 stand out among the sea of competitors as the competition among operators in the online gambling world continues to intensify. More importantly, this new deal will allow 888 to expand its operations into the brick and mortar gambling business having largely remained an online gambling brand since its advent in 1997.

As mentioned earlier, betting shops in the UK started becoming a liability when the government decided to enforce strict rules surrounding FOBTs. Because of the maximum bid law, numerous betting shops across the UK including several William Hill high street shops were closed down as a result. But this doesn’t deter 888 because it admires the streamlined model that William Hill has maintained through the years.

Thanks to the acquisition, 888 will not only boast betting shops in the UK but also in Italy, Spain, as well as several Nordic countries. So what’s next for 888 Holdings? Even though 888 has now acquired a new market in the UK and Europe, it will still want to maintain a major focus on its US operations.

The UK may be the largest gambling market in the world, but the UKGC has been bringing down serious measures for players and gambling operators over the last few months. The gambling commission has introduced player protection measures designed to keep problem gamblers safe as well as limits in online slot games and sports betting terminals.

The new measures by the UKGC are expected to be fully enforced by online operators such as 888 by 31st October 2021. As such, if 888 wants to offset the impact of these tight regulations, it must focus its growth efforts in the US betting market, which currently stands as the second-largest gambling market in the world.

When Caesars Entertainment purchased the William Hill brand, $3.7 billion, the plan was always to offload William Hill’s non-US assets. Now that these assets have been purchased by 888 Holdings, Caesars will look to make its rebranded retail William Hill sportsbooks in the US as profitable as possible.

William Hill’s US assets are now known as Caesars while its sports betting app is now referred to as Caesars Sports. To make the betting experience seamless for its customers, Caesars then merged both of its apps on William Hill’s platform thus providing customers with a single wallet solution.

One of the major reasons why Caesars could not hold on to William Hill’s non-US operations was the UK's conservative approach towards betting. However, since 888 has been operating in the UK for much longer, it should not experience any problems navigating this environment.