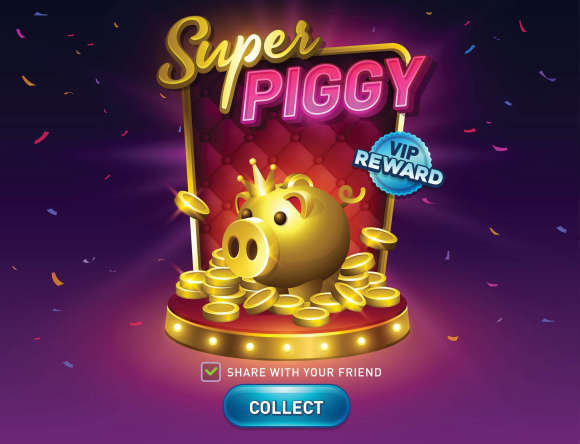 Pragmatic Play has released a new title, Piggy Bank Bills which has been set in a world that features rich pigs as the dominant species. Piggy Bank Bills is a deluxe game so punters can expect to find various expensive elements such as banknote symbols and tropical beach settings. The objective of this game is for players to match banknotes so that they can collect their impressive rewards.

The game features 10 one-of-a-kind banknotes on the reels. Players must match 2 halves by making sure that the banknotes land next to one another. This unique design and style of the game that requires punters to match the reels to complete a single banknote is a testament to Pragmatic Play’s constant innovation and ingenuity.

Pragmatic Play has made plenty of new releases this year

Earlier this month, Pragmatic also released its first anime-inspired video slot known as Starlight Princess. The anime-inspired slot takes punters on a fantasy-inspired journey that features a winged princess and her hidden castle. This 6 reel, 5-row highly volatile game, like most of the Pragmatic Play’s titles, is jam-packed with great features to help players.

One of the most exciting features of this game is the ‘Pay Anywhere’ mechanic, which pays out when a player attains 8 matching symbols in a view. On the other hand, the tumbling wins and multipliers boost a players’ potential to win big.  Another great feature on the Starlight Princess is the Extra Spins feature, which is easily triggered when a player manages to land on at least 4 Starlight Princess Scatter Symbols.

A few days ago, Pragmatic Play released a desert-inspired title, known as Mystic Chief, which offers punters big opportunities to walk away with winnings- up to 5,000x of their wager. The highly volatile video slot was inspired by the Native American way of life and provides slot players with more than 500 ways to win, as well as the opportunity to unlock extra spins and combinations for even more prizes.

The backdrop for this 5-reel 4-row new title was designed to resemble the Sonoran Desert. The gameplay for Mystic Chief consists of various items such as drums, tomahawks, flutes. Some of the most important symbols in this new slot title include the female warrior, lions, horses, eagles, and wolves.

In September, Pragmatic Play partnered up with BetVictor for the relaunch of the UK-based Hear Bongo brand. Formerly operated by Gamesys, the Heart Bingo brand has now received a complete overhaul by BetVictor. Some of the features that have been added by Pragmatic Play since the new partnership was forged include Drop Pots, as well as Bingo Blast.

BetVictor and Pragmatic Play teamed up earlier this year in June thus allowing BetVictor to integrate its range of games and content into its platform. Before this partnership was forged, BetVictor was already using Pragmatic live casino portfolio alongside its suite of slot-based content. Today, BetVictor now hosts several Pragmatic games including Reels Room, as well as Bingo Blast.

Pragmatic Play has some of the widest bingo offerings that allow punters to access jackpots daily, as well as prizes. Pragmatic also offers punters the highest number of variants including 90,80, 50, as well as 30 ball variants and Bingo Blast.

Soon after Pragmatic partnership with BetVictor, the brand released yet another high-quality fruit-inspired slot title known as Cash Bonanza. Cash Bonanza features a classic fruit theme that also contains banknotes and gold coins. One of the best features in the Cash Bonanza Game is the Ways Win respins that offers numerous ways for punters to win such as the 5,000x max win.

As a high volatility video slot, Cash Bonanza is a 6 row, 4 reel game that borrows a page from Pragmatic newest releases; Piggy Bank Bills and Empty the Bank. Cash Bonanza contains classic fruit icons that we all know and love such as lemons, plums, oranges, a cherry, watermelons, and grapes, which are some of the lower-paying symbols.

The higher paying symbols in the new Cash Bonanza game include a 4-leaf clover, a star and a bell, and a lucky 7. The Cash Bonanza game has been designed to engage punters throughout so there are lots of great features to test. However, slot game lovers will specifically want to take advantage of the Ways Respin feature that allows different symbols to create winning combinations for an accumulated win.

Pragmatic Play has been working hard to ensure that it has the largest collection of vault-inspired slots in the market, which has allowed it to differentiate itself. This Halloween, Pragmatic intends to drop several new titles including a 5-reel slot game known as the Day of the Dead, a 4-reel slot that was created to resemble the Mexican ‘Day of the Dead, which is a highly volatile slot game that is chock full of features, wilds, as well as respins that make the experience fun and easy.

Some other new titles that Pragmatic has released recently include Bigger Bass Bonanza, Chilli Heat Megaways, Yum Yum Powerways, as well as Rise of Giza PowerNudge. All these new releases feature high-tech game mechanics that Pragmatic Play has become known for.

Pragmatic Play has one of the most exciting lineups of slots, which is why it keeps attracting new players continuously. Boasting unique themes, slick graphics, and exciting gameplay, punters love the experience offered by these games while still walking away with huge prizes and winnings. Pragmatic games are known for their impressive themes, high winning potential, entertaining nature, as well as their exciting bonus features.

Apart from releasing an array of high-quality games, Pragmatic Play also takes its Corporate Social Responsibility seriously. For instance, not too long ago, Pragmatic Play shared that it donated $14,000 towards environmentally friendly programs and causes in Malta. Pragmatic has always been committed to helping local communities, which is why it made 2 €6,000 donations to 2 organizations namely Friends of the Earth Malta and Zibel.