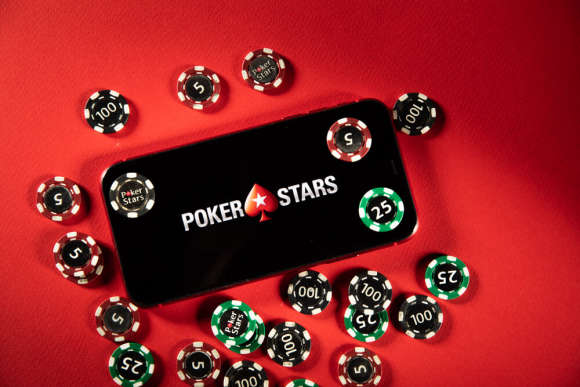 Pokerstars is having a great financial year so far according to its recently released H1 Financial report. According to this recent financial report, the international division of Flutter, which consists mainly of the non-US based branch of PokerStars, produced more income from online casino games than online poker, for the first time in the company’s long and illustrious history in iGaming.

Apart from the non-US-based branch of Pokerstars, Flutter also operates similarly successful businesses internationally including the Georgian-based multi-vertical operator Adjarabet, the newly acquired Indian-based Junglee, as well as the non-UK division of Betfair. Of all these international businesses that are operated by Flutter, PokerStars managed to generate the highest revenue during HI. Adjarabet casino’s business also helped to generate massive revenue for the international division.

According to Flutter, the company generated £118 million in sports revenue in H1 2021 which is a significant breakthrough indeed. In total, Flutter generated £562 million from all its international properties. While Flutter does not categorize poker and casino separately, the company revealed that for the first time since it set up shop, casino is its biggest vertical under its global umbrella.

Based on data from the report, Flutter’s international division in HI was down 15% while average monthly player acquisition dropped by 3%. Gaming revenue fell by 19% while poker also fell 35% from £437 million to a second-rate £284 million. Casino, on the other hand, grew by 5% from £290 million to reach an impressive £305 million in H1 2021.

As a result of these numbers, poker now just makes up 40% of Flutter’s international revenue, which was up 55% last year. Conversely, casino revenue has grown by 43% with sports betting revenue taking a 17% share of overall profits. Last year at the start of the pandemic, online poker experienced a surge due to the constant lockdowns.

As a result, Flutter reported that online poker revenue had almost doubled in Q2 2020. Now that more and more people are getting vaccinated, gamblers are open to venturing out to brick and mortar casinos again, which could explain the drop in poker and the rise in casino revenue.

Flutter is highly invested in its international market

The growth in casino revenue in Flutter’s international market has been extremely well received by executives. Flutter has been reported stating that it has plans in place to transform its international business. This revenue growth will help the company move in the right direction as it prepares to position itself as the go-to poker brand in the market.

Flutter has been looking for every way possible to transform its international business so that it can enjoy a more stable footing during these uncertain pandemic charged times that we are living in today. Flutter has every intention to revitalize the PokerStars brand while stabilizing and growing its customer base.

That’s why it has made cross-selling and direct acquisition one of its priorities this year. Additionally, Flutter wants to grow its sports betting product for its international customers, so that the group can keep growing. Already, Flutter has been experiencing massive success with its ‘I’m In’ campaign featuring well-known football star Neymar.

Neymar was first signed as a Poker Stars brand ambassador in 2015. However, this partnership was only short-lived. 3 years later, PokerStars re-signed Neymar and gave him an even bigger role during his most recent campaign.

Apart from serving in the capacity of brand ambassador, Neymar is also PokerStars’s cultural ambassador, which was a new role that was established specifically for Neymar. This new role means that Neymar’s name now extends beyond the poker table to bring in new cultural elements designed to attract even more international customers.

Contributing to Flutter’s success even further has been its concluded SCOOP. This year’s SCOOP reached a remarkable milestone when it awarded $1 billion in prize money across its festivals. The Spring Championship of Online Poker (SCOOP) was held in April and was the first time that PokerStars promoted an upfront 9 figure guaranteed series in its long, successful 20-year history.

The only other competitor that has ever managed to do something similar was GGPoker, having done it twice before. Thanks to increased engagement through Pokerstars’ brand ambassadors and collaborators, Pokerstars will likely keep dominating the market locally and abroad. PokerStars controls 54% of the international online gaming traffic outside of the US.

PokerStars is an exceptional brand in the gaming market and these results prove it. As the world’s leading poker room, the PokerStars brand has been growing from strength to strength since its installation. Not too long ago, PokerStars shared the full schedule of its longest-held tournament series- the World Championship of Online Poker (WCOOP).

Not only is this year's World Championship of Online Poker (WCOOP) going to feature more events but it will also feature the largest guaranteed prize pool in the tournament’s history. This year’s series is scheduled to run from August 22nd and will span 3 weeks with a massive $100 million in guaranteed prize money. This tournament alone will allow PokerStars international branch, as well as its local business to keep expanding to become the top choice for online gamblers.