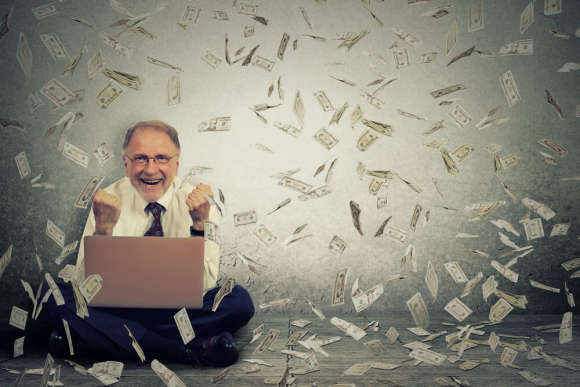 William Hill has finally been sold to online betting gambling 888 by its American owner. 888 agreed to part with a cool £2.2bn to purchase 888’s non-US assets including all 14000 plus betting shops located in the UK. Its former owner, Caesars Entertainment purchased William Hill in 2020 for an estimated £2.9 billion after it was put up for auction.

Although William Hill has grown to become one of the most well-known gambling institutions in the country, things haven't exactly been seamless for the gambling giant. In July 2019, William Hill confirmed plans to close down 700 of its betting shops, thus resulting in more than 4500 job losses. At the time, the pandemic was at its height but things were already bad for the brand.

As a result of the government crackdown, revenues for William Hill experienced a 15% fall in gaming net revenues, which led to the closures. The stores that William Hill closed down represented approximately a 3rd of its store estate, which piled even more pressure for the struggling high street which was already dealing with a loss in consumer confidence and piling costs from higher minimum wages.

In this regard, William Hill was forced to close down another 119 of its High Street wagering shops when its presence was already receding. To offset the losses it experienced on High Street, William Hill opted to expand further in the US, where opportunities were growing in the burgeoning US market.

While business was dwindling on the home front, William Hill’s international business grew by more than 17% boasting more than a third of US sports betting. However, that still was not sufficient to keep the company afloat. When Caesars purchased William Hill, it immediately placed the UK branch of the business up for sale, and 888 grabbed the chance.

With William Hill, 888 will be able to make good on its goal to become the international online wagering and gaming leader while also offering enhanced sports wagering products to its existing customers. Combined, 888 and William Hill International are expected to lower operating costs and make the business more efficient.

For instance, the acquisition will introduce pre-tax cost collaborations of approximately £100m that will definitely lead to better profit margins. Even better, all William Hill International employees will still get to keep their jobs as 888 has every intention of maintaining the high street shop operation as is.

To strengthen the brand’s finance structure, 888 plans to raise approximately £500m by issuing new equity through a capital raise. Now that 888 owns William Hill International, it is now one of the top online wagering and gaming groups in the UK. William Hill and 888’s strategies as brands are also quite complementary as they are both digitally-led, customer-focused, and fully committed to enhancing player protections.

Regulations getting tougher in the UK

And with sports now returning to normal in the UK and US, sports betting operators will be looking to attract as many registered punters as possible. After 18 grueling months of no live sports actions, supporters were finally allowed to attend football matches. However, the regulations are about to become much tougher for sports betting operators.

With the UK getting closer and closer to finalizing its gambling review, it is becoming evident that the commission might be forced to ban gambling sponsorships that are usually displayed on sports jerseys. The review is currently reforming the outdated Gambling Act of 2005 that is looking to reduce the number of problem gamblers in the UK.

The Gambling review is also looking to address ‘’white-label deals’’ that have been causing overseas betting firms to avoid government check-ins. If the UK bans front of shirt sponsorships, it will have a humongous effect on the sports market in Europe. That’s because gambling logos from sponsors appear approximately 700 times during each match.

According to the English Football League, losing front-of-shirt sponsors will have a devastating impact on the overall revenue generated. According to the Leagues, the revenue that’s acquired from sports betting will be essential in allowing the business to recover from all the losses that were amassed during the lockdowns.

If the ban is made official, the Football League fears that some clubs could go under. According to the Betting and Gaming Council, limiting sponsorships is important as it will cause fewer children to see wagering sponsorships and adverts during live sporting events.

Now that William Hill’s Europe-facing brand has been sold to 888, Caesars Entertainment will maintain William Hill’s US venture as sports betting in the various states continues to boom. The pandemic has had a devastating effect on brick and mortar businesses and William Hill was unfortunately severely affected by the lockdowns and restrictions.

Even though William Hill's decision to keep its 1999 retail sites closed after the first lockdown certainly helped to keep the company afloat, the impact of the pandemic on High Street was too dire. Nonetheless, the auction of William Hill’s wagering assets attracted a lot of attention from interested parties including Betfred, and investment management firm Apollo Global Management.