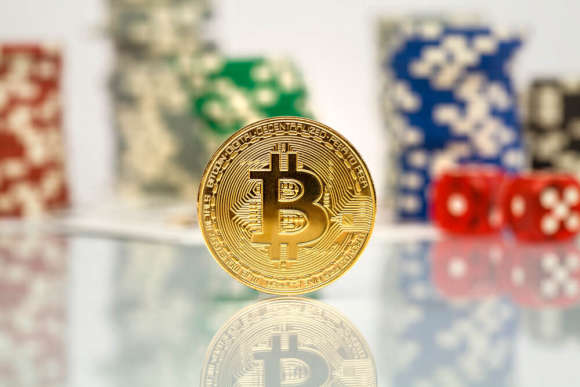 Online gambling has experienced a boom in the last few years, so much so that what was once considered an unacceptable practice is now one of the most popular pastimes in the UK. However, the gambling industry that existed 20 years ago is vastly different from today’s market. Today, gambling has become an extremely sophisticated affair; the industry is not only more competitive and innovative, but it is also more fragmented than it has ever been before.

Indeed, the entire gambling industry has grown at an accelerated rate. However, growth in the UK has surpassed other regions. As a result of the unprecedented growth, a lot of concerns regarding player safety have risen up, which has, in turn, forced the UKGC to crackdown on operators. Over the last few months, the commission has been introducing measures that have affected both operators, as well as punters considerably.

One of the primary issues that the UKGC has been working hard to address is the issue of payments surrounding certain games including live dealer table games, as well as slot games. Already, the commission has banned the use of credit cards when making deposits, which has forced customers to search for alternative deposit methods, many of which are cashless and digital such as debit cards, e-wallets, and cryptocurrencies.

As a result, casinos that accept cryptocurrency payments have become extremely popular with online punters. Unfortunately, there are not many crypto casinos that have licenses from the UKGC, which has made it extremely difficult to find Crypto casinos. Those that are available tend to face a lot of scrutiny in a bid to make sure that the source of funds being deposited are legal.

Most online casino platforms that accept crypto payments and other digital tokens tend to carry a Curacao license and not nearly enough UKGC that offer the crypto service. The UKGC now wants operators to share mandatory pieces of information with their customers such as the total win and loss amounts spent on various slot games. The UKGC is looking to cut down the manipulation tactics often employed by operators looking to lure new registrations from punters.

According to the UKGC, sharing this information with punters will go a long way in helping bettors make more informed decisions since they will be fully aware of the potential risks and gains. According to data shared by experts, if this new law is passed, 70% of casino games that are currently in circulation will be negatively impacted.

In addition to requiring operators to share this mandatory information, the UKGC is also taking extra measures to ensure that all slot games hosted by operators are up to par. In particular, the UKGC wants to make sure that its players are shielded and protected from unnecessary losses while also trying to mitigate addiction among problem gamblers. By regulating slot games, the UKGC will be able to effectively monitor bonuses and how these offers impact punters.

What other rules are there surrounding online slots?

The UKGC has been looking to make much-needed changes in online slots and their designs since last year with the intention of making online slot games safer for participants. Last year, the commission stated that it would prohibit several slot game functionalities such as:

The Commission has also prohibited reverse withdrawals while introducing speed and play limits. Based on data shared by the UKGC, slot games generate the highest gross gambling yield out of all available online gambling products. Even though only roughly 1.2% of punters play online slot games, the gross gambling yield has been increasing each year, which has resulted in an online slot market that is worth £2.2 billion each year.

All operators must comply with the new UKGC rules. Operators, specifically software developers, are all required to implement any changes in their game titles for them to be compliant. Any title that fails to comply will be prohibited and discontinued. The move to make slots safer for punters is something that anti-gambling campaigners have been calling for.

Specifically, anti-gambling supporters have been asking the government to establish statutory limits such as those that were enforced in 2018 on fixed-odds wagering terminals in high street and wagering shops.

Over the last few years, online slot games, which consist of basic fruit machine-style games, have grown to become some of the most addictive products offered by betting operators. According to data shared by the commission, punters in the UK spent approximately £2.2bn on online slots alone. This high number of slot players has forced the UKGC to tighten controls over iGaming especially following the series of lockdowns that were enforced last year due to the pandemic.

Even though the changes being made by the UKGC are extremely necessary, operators have not been happy. According to some experts, introducing such strict rules and caps on online gambling could work against the market as it will likely encourage punters to turn to unregulated offshore sites, which do not take extra measures to protect gamblers.