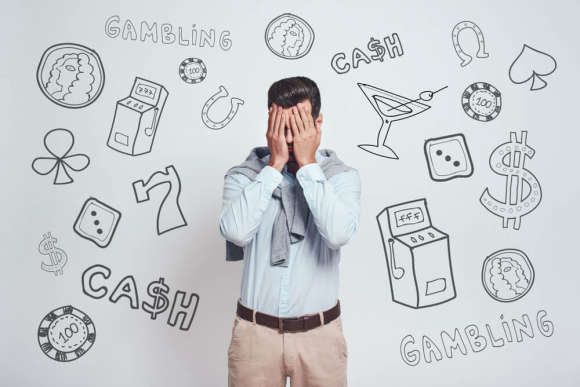 Gambling in the UK has become so prevalent that it is now embedded in almost every facet of modern life; TV, online advertisements, high streets. And although gambling has grown to become an important facet of the modern economy, there is no denying that it has caused some serious harm within our society.

Research suggests that there are close to a million problem gamblers who have each had their lives impacted negatively by gambling in one way or another. These problem gamblers have suffered immensely and have had their lives damaged by debt, family breakdown, increased instances of mental health problems such as anxiety, depression, and in worst-case scenarios, suicides.

According to research conducted by the University of Warwick and CQUniversity in Australia, although operators may have stepped up to warn punters of the dangers of problem gambling, the systems put in place have not been effective. Researchers from the universities conducted a study involving 363 online roulette games from a total of 26 operators.

The researchers came across various warning labels designed to caution problem gamblers. However, the warning labels available were often presented on separate screens and presented in the smallest font sizes, thus rendering themselves useless. In one instance, one operator used confusing acronyms such as “RTP is 97.2973 without taking the steps to explain to a customer the meaning of such a phrase.

As part of the government’s mission to reduce cases of problem gambling, the researchers recommend that stronger regulations be implemented. This will go a long way in helping punters, especially beginners and those vulnerable to addiction, understand the warning labels provided. The UK Gambling Commission, which is in charge of all online casinos in the US requires all of its licensees to provide bettors with information regarding the risks associated with play.

Increased cases of problem gambling amid a booming iGaming industry and a pandemic has sparked outrage not just from society members and activists, but also from the politicians themselves. Politically, this has caused an unusual cross-party consensus for reform within the gambling industry in the UK.

However, the most popular and most effective measure so far has been the GambleAware charity that was formed to investigate the negative impact of gambling on society. This charitable organization is also tasked with the responsibility of providing free prevention and treatment services to punters at risk of addiction and problem gambling.

The UK government has also taken steps to introduce caps on wagering limits, especially as it regards fixed-odds betting terminals. Most recently, the gambling regulator declared a crackdown on online slot games, which stands as one of the most addictive forms of betting online.

To limit problem gamblers from overspending the UKGC has also banned operators from including features that encourage punters to place higher and more recurrent stakes. As time progresses, the UKGC plans to work together with the government to overhaul the legislation.

Already, the authorities are looking at the various ways in which they can increase possible curbs aimed at protecting vulnerable punters. This might even include banning sports sponsorships, as well as increasing restrictions on advertising. Last year, the UKGC even considered banning VIP schemes, which most gambling operators rely on to keep their high-stakes players coming back for more.

Other features that are going to be banned under the new regulations include fast spin speeds and autoplay functions which are usually designed to get gamblers to play for longer in online games such as poker and roulette. The UKGC, as well as the authorities, are asking all operators with a license from the commission to implement player protection measures by October 31st, otherwise, they risk serious fines or worse, suspension of their licenses.

If operators want to survive in this stricter environment, then they have no choice but to comply. Operators should work to improve their interactions with their customers, which is the only way that the gambling market will progress. Last year, the commission set aside £9m to assist charities that specialize in problem gambling continue with their mission to save vulnerable players from harm.

The funds to be used will be sourced from fines issued to operators that have flouted the rules surrounding anti-money laundering and monitoring of potential problem gamblers. Since 2019, the UK crackdown on online operators has been intense. The most recent operator to face the UKGC’s long arm of the regulation was Caesars Entertainment.

Caesars Entertainment was handed the largest regulator fine that the UKGC has ever awarded its licensee. UKGC slapped the US operator a record £13 million or USD 18.2 million last year in the wake of the pandemic (April) and has since issued the operator warnings. Caesars was fined for failing to uphold its anti-money laundering policies, as well as failing to monitor possible addicts.

Gambling, especially amid a pandemic, will continue to be a hot-button topic. The good news is that the government authorities alongside UKGC are doing everything that they possibly can to take the industry in a new direction. As the UK gambling scene enters into a new era of improved transparency and enhanced business practices, the punter stands to gain the most.

UK casino operators now have no choice but to heighten their security measures, improve their data protection systems and regularly audit their software providers and their games that they offer. More and more players are registering for online casino accounts and they deserve to play safely in a regulated environment.