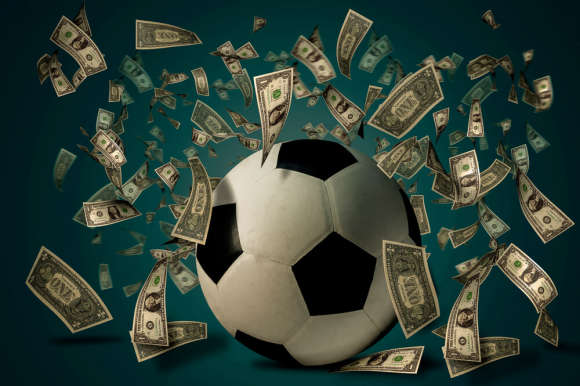 It’s been a slow June for the online gambling sector in the UK. The UK’s iGaming sector recorded a drop in its overall gross gaming yield this June despite the industry realizing a boost in player activity thanks to the Euro 2020 championships which ran from Jun 11th through July 11th, 2021.

The UKGC shared its newest market update not too long ago where the figures revealed the sector’s lowest revenue results since November 2020. According to this report, the iGaming sector in the UK managed to generate a combined overall gross gambling yield of £496 million, and the decline was recorded across all online verticals except for sports wagering.

While online verticals have been declining, sports betting has experienced a 1% month-on-month growth to reach £242 million. Despite the Euro 2020 attracting increased sports wagers across the month-long event, sports betting still could not match the revenue yield that was recorded during the lockdown period lasting from January to April 2020.

The UK has been relaxing leisure and hospitality restrictions that were put in place for public health safety. In June, the government finally saw all legal limits on social contact eradicated with the final closed sectors of the economy, such as casinos, bingo halls, arcades, and nightclubs, finally being given the go-ahead to reopen.

As a result of this move to reopen these previously closed verticals, in-person gambling shot up by 4% to reach 11.3 million. It helped greatly that the Euro 2020 generated a lot of interest from punters all over Europe, which further helped to boost the numbers. As a result of the tournament, sports betting registration rose by 9% month on month.

After being forced to put its schedule on hold for an entire year as a result of the pandemic, sports betting fans across Europe and around the globe were extremely excited by Euro 2020. Bookmakers across the UK were also eager for this year’s tournament with many hoping that they would cash in on the famous tournament.

Needless to say, the industry has been through quite a bit of a rough patch in terms of profit loss with many bookies suffering a substantial decrease in revenue. Between the shuttering of brick-and-mortar shops, as well as the canceling of major live sporting events, the industry was relying heavily on the championships to help it get back on its feet after a long and unplanned hiatus.

For the first time in its history, Euro Championships were held across Europe with a total of 11 cities hosting each in a different country. Despite the mass appeal, the activity that was generated by this year’s championships failed to match April and Pay’s peak of six million plus players registered as a result of the Cheltenham Festival and the Grand National racing championships.

The total online bets decreased to a new low of £6.1 billion, with online slots registering a drop of 10%. Online casinos, on the other hand, registered a drop of 8% month on month.  Experts are hopeful that as the country continues to emerge from the grasp of lockdown, the numbers should improve steadily.

The gambling industry in the UK is facing tough times ahead

The gambling industry in the UK is the biggest and most successful. However, in the last couple of months, the industry has been under intense scrutiny and pressure as the UK grapples with the issue of problem gambling. When the pandemic hit and the retail industry’s gambling revenues started to plummet, online slots and poker, casino gaming, as well as virtual sports saw a considerable increase.

The gambling industry has always been massive in the UK. However, with the pandemic and people being forced to spend more time at home, the situation has been spinning out of control over the last couple of months. So much so that the House of Lords even published a report detailing the gambling harms in the UK.

According to the report published by the House of Lords in July 2020, half the adults in the UK wager at least once a month, and a 3rd of them were problem gamblers. According to the same report, for every problem gambler, at least 2 million residents are harmed by the effects of problem gambling, which are varied and include job loss, the breakup of families, loss of homes, and in some extreme cases, even the loss of life.

The pandemic not only helped to make problem gambling more widespread as more people were pushed to the online sphere, but it also made people at risk more vulnerable. As more people work from home and with the constant access to the internet, people have turned to online casinos to help deal with the feelings of isolation and loneliness that have come with the pandemic.

The UK’s legal framework has been partly to blame for this growth in vulnerable gamblers. The 2005 Gambling Act has failed to meet the needs of modern gamblers, many of whom access gambling sites through their smartphones and other devices on the go. As the UKGC has failed to keep up with the digital revolution that has unfolded before it, many operators in the UK have found ways to exploit outdated regulations thus making problem gamblers even more vulnerable.

As a result, people are now calling for tighter regulations that will see operators curtailed. The UKGC now plans to impose higher taxes and tighter media control over operators and this has resulted in a massive decline in the gambling sector in the UK. Revenues from the world’s largest regulated betting market have been falling thanks to the crackdown as well as tighter measures.

The government is doing everything it can to regulate its industry, including banning wagering using credit cards. Other past efforts that have been undertaken by the UKGC to curb problem gambling include halting advertising during sports matches, as well as closing the highly profitable but extremely addictive fixed-odds betting terminals that were part and parcel of the gambling experience in the UK.