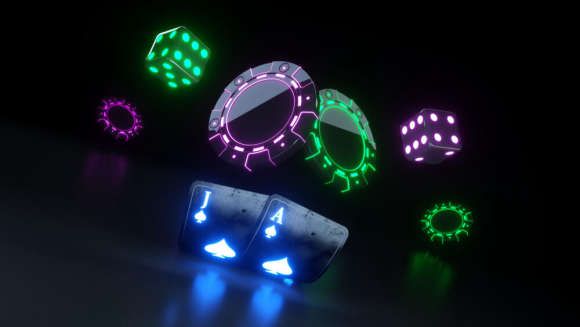 Jogo Global is the newest content developer to be awarded a UKGC supplier license, which will allow the brand to offer its content to operators in the UK. Jogo, which specializes in betting software and games, will now be able to partner up with UK licensed operators and extend its product line up in the region. Now that the brand has a license in the UK, it will finalize a few commercial agreements in the next few weeks, which will eventually give the developer a foothold in the lucrative gambling market in the UK.

At present, Jogo distributes its content in 4 regions, namely the UK, Sao Paulo, and Florianopolis in Brazil, as well as Minneapolis in the US. A few weeks ago, Jogo appeared for the first time at the Global Gaming Expo in the US, where it established connections and relationships with various partners that are already successfully operating in the US betting market. With opportunities for growth available in both the US and UK, Jogo Global is gearing up to be one of the biggest and most successful content developers in the world.

Jogo has built a name for itself thanks to its wide array of services and products that span gaming platforms, customized software development, as well as mobile, land-based, as well as online casino content. Operating in 4 locations, Jogo is gradually building a name for itself as the most trusted provider of casino experiences to punters and operators all over the world.

Jogo also recently partnered up with SCCG Management, which is one of the most well-known consultancy firms in a move that is going to grow the content developer’s strategic business and development tactic. Since SCCG Management was launched, it has worked closely with retail and online gaming operators, as well casino marketing teams.

In August, Jogo also appointed Robb Vecchio as the managing director in charge of business innovation and expansion opportunities for the brand’s US division. Vecchio’s mission will be to expand Jogo’s reach in the burgeoning US sports betting market. Right before Vecchio’s appointment, Jogo also hired industry mogul Simon Collins to head the brand as chairman.

Simon Collins boasts a strong track record in the gaming space. He once served as the Managing Director of Betting and Gaming at News UK where he oversaw several sports betting and fantasy football brands. Collins’ many years of experience will be instrumental in Jogo’s future expansion and development. Not only is Collins very well respected in the industry, but he is also the co-founder of Cashcade and Gaming Realms which develops mobile-focused content like Slingo for brands such as Foxy Bingo.

Does Jogo stand a chance of success in the US?

As one of the fastest-growing markets in the world, the US’s gambling market has been growing steadily, which is why some European and UK operators have been flocking the market to look for growth opportunities. Like most operators from abroad, Jogo might want to forge a relationship with a local land-based casino, which are generally the license holders. For instance, when William Hill wanted entry into the US market, it entered into a joint partnership with Eldorado.

As a result of this partnership, the joint venture is today one of the largest operators and revenue generators in Nevada. After William Hill and Eldorado sealed the deal, Eldorado then went ahead to enter into a deal with Caesars Entertainment, which further allowed the brand’s expansion. If Jogo wants to succeed similarly, it might be keen on entering into similar partnerships in the coming months, which will guarantee its success in the super-competitive gambling market.

Just recently, the Great Britain Gambling Commission confirmed that it had received the final 4 applications for the 4th National Lottery License. The tender process has gone through ups and downs since it was launched last year in August 2020 and was originally set to run for 1 year. The Gambling Commission hoped to select a winner before September this year.

Sadly, the first phase of the process was held up after the Commission opted to add an extra 4 weeks to the second phase and 6 weeks further before the commission evaluates the bids and picks the winner. Because of the delays, the current license holder, Camelot, also received a 6-month extension to February 2024. Now that the commission has commenced with the evaluation process, each of the applicants will be required to make a presentation to the regulator.

If everything goes according to plan, the Commission is hoping to have announced the winner at the start of 2022. The Commission’s goal is clear- to run one of the most successful lottery competitions that the region has seen. The commission is working hard to ensure that it picks the right supplier that can deliver the best experience and outcomes for players.

Even though the Commission has not shared who the applicants are, rumors are floating around that Italian lottery operator Sisla, as well as European operator Sazka are up for the job. India’s biggest and most successful lottery operator Sugal and Damani has also purportedly applied for the position. It is not yet clear whether the incumbent license holder Camelot is also bidding for the tender.

With the current license not set to expire until 2023, the competition is expected to be fierce as the UK Lottery’s 10-year contract is one of the most lucrative government conferred business contracts available. In 2020, Camelot, which has operated the lottery by 3 licenses since it was founded in 1994, generated £7.9bn in sales and £95m in pre-tax profits.