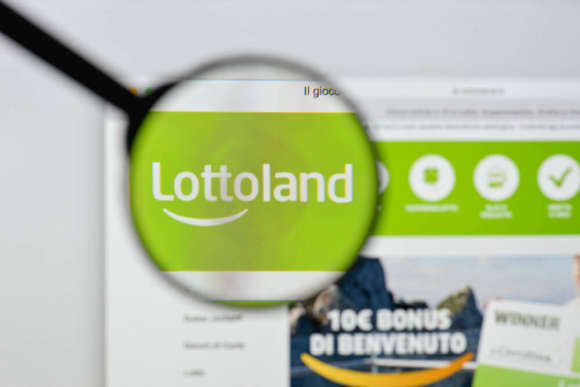 Lottoland has been hit with a £760,000 fine by the UKGC for anti-money laundering and social responsibility violations. The UKGC recently issued a formal warning to EU Lotto, which has been accused of several violations that took place between October 2019 and November 2020.  Based on an investigation conducted by the commission, EU Lotto is accused of failing to effectively apply the official customer contact instructions that have been laid out by the regulator.

According to UKGC, EU Lotto has failed to regularly recognize rampant changes in deposit limits, which is typically a sign of problem gambling. The commission claims that during the period (October 2019-November 2020), EU lotto had not yet created financial and affordability systems aimed at detecting and protecting punters that are wagering more money than they are capable of. EU Lotto has further been accused of failing to enforce responsible gaming measures, among other service-related fiascoes.

Even though EU Lotto claims that it had been taking steps to keep punters safe, the UK states that most of the interactions that the operator has with the US primarily consisted of emails. Although the emails sent by EU Lotto explained the different responsible gaming tools available to them, UKGC faults the operator for failing to require a customer response that demonstrates that customers have understood the options available to them.

According to the UKGC, the lottery operator further failed to properly evaluate and analyze their customers’ bank data, which also involves confirming customer addresses. During the probe, the UKGC also discovered that the lotto was allowing customers to link their accounts to 3rd party debit cards- in some instances, using different names from the account registrant. The probe also accuses the Lotto operator of relying on ineffective threshold triggers, as well as lacking proper information on their customers' spending limits based on their wealth, income, as well as other risk factors.

As expected, Lottoland has stepped forward to address the allegations. The Lottery Operator has stated categorically that it has always been dedicated to ensuring the highest standards of compliance in all the regions that it currently operates. According to the CEO of Lottoland, the company has been taking all measures to make sure that all compliance measures outlined by the UKGC have been enforced.

The CEO states that the operator has been taking steps to ensure that compliance measures are in place while ensuring that all its current policies and processes meet the applicable standards. Lottoland's CEO states that it has increased investment to make its compliance function more effective while also investing in other initiatives such as additional 3rd party support, as well as enhanced training for its customers and staff.

Which other firms have been fined by the UKGC?

Another operator that has been fined by the UKGC in recent months is Daub Alderney, which is owned and operated by British land-based gaming giant Rank Group. The UKGC ordered operator Daub Alderney to pay a fine of £5.85 million or $8.06 million for the same offenses as Lottoland (social responsibility and anti-money laundering procedures).

The Gambling Commission warned Daub about its list of infractions in an official press release. Based on the release, Daub breached the UKGC’s social responsibility and anti-money laundering procedures between January 2019 and March 2020. In the press release, the commission issued a formal warning to the Rank Group operator stating that it would face the full consequences of these regulatory failures.

Additionally, a customer was sent just 2 safer gambling reminders even though the customer exhibited clear signs of problem gambling. One punter was also supposedly sent one pop-up message even after spending £40,500. Moreover, the UKGC is accusing Daub Alderney of ineffective anti-money laundering and anti-terrorist financing.

In one instance, the Commission is accusing Daub Alderney of failing to ask a customer that deposited £41,500 as their source of funds. Another customer deposited £50,000 but the operator only asked for proof after the deposit had already been made. The fine issued by the UKGC will serve as a warning to other companies that fail to maintain the regulatory measures.

Unfortunately, this is not the first time that Daub Alderney has been fined by the UKGC. The operator was also fined in 2018 when it was given a penalty of £7.1 after the commission found the group’s risk assessment measures to be faulty. Not too long ago, UKGC also fined Poketwin operator In Touch a fine of $4.7 million.

Casumo was also ordered to pay a £6m fine for the same infractions as Lottoland and Daub Alderney. The UKGC conducted an audit that discovered the infringements that took place between October 2019 and January 2020. In one instance, the UKGC found that a customer lost £1.1m over 3 months while another lost £65,000 in just one month.

The UKGC further added that Casumo had failed to follow the commission’s rules surrounding customer interaction, which resulted in a customer losing £89,000 in a small 5-hour window. The UKGC also discovered that the operator had failed to carry out responsible gambling on a punter that lost £59,000 in 90 minutes.

The UK takes compliance very seriously and does not hesitate to fine any operators that break the rules. In the last few months, the commission has been handing out harsher fines, in response to calls to make gambling a safer activity.