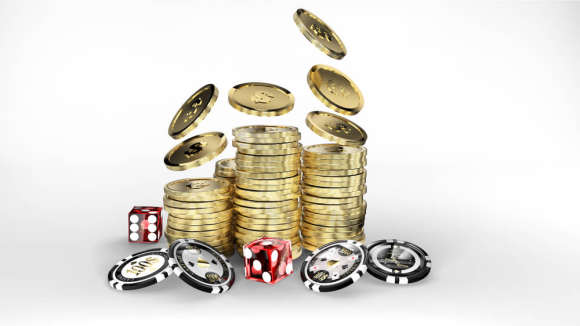 Flutter Entertainment has finally started putting deposit limits on younger players in Ireland, as well as the UK. Effective immediately, customers that have accounts on Flutter’s brands including Paddy Power, Sky Betting, as well as Betfair will have a net deposit limit of £500 monthly. If a player is able to prove that their income can sustain a higher level of spend, then they will be exempt from the deposit limit.

Flutter is enforcing the deposit limit as part of its Affordability Triple Step, which is a 3 layer of protection designed to keep most of its vulnerable punters safe. In addition to introducing the deposit limit, Flutter also recently joined the European Gaming and Betting Association, which is a trade association that was created to represent online betting companies in the US. As one of the most popular gambling companies in the world, Flutter has been heavily involved in the process of creating a safer gambling environment for its customers.

Flutter’s Affordability Triple Step starts with carrying out a risk-based affordability approach, which makes sure that problem gamblers benefit from their spending limits. The second step involves carrying out real-time monitoring through its Safer Gambling Control. Lastly, the final stage of the Triple step process involves implementing a spending backstop that ensures that customers, especially younger ones, are fully protected from harm.

Ever since the government announced that it was embarking on a journey to review the region’s gambling laws, Flutter has stepped up to play an active role in the process. In particular, Flutter has been supplying its evidence-based findings to the review in its bid to keep improving customer safety for the millions of gamblers that enjoy its products in the UK.

The Gambling review in the UK is ongoing

The UK has been considering adding spending limits as part of the gambling review for a long time now thanks to proposals for radical reform of betting regulations in the country. The review is promising to reshape the wagering and racing industries in the country as problem gambling continues to become a huge social issue in the world’s most successful betting market. The Gambling Commission estimates that there are more than 340,000 problem gamblers in Great Britain.

That’s why charities and organizations that tackle problem gambling have been calling on the commission to enforce stricter rules. For instance, some opponents of gambling want a ban on wagering advertisements, a stance that has received immense support from the House of Lords. Opponents of gambling are also very outspoken about the impact of problem gambling, specifically on younger generations.

As a result, the Department for Digital, Culture, Media, and Sport is now adding extra protections for younger adults. In particular, the Department is looking to examine all the rules surrounding advertising and sponsorships in sports betting, the types of promotional offers that are made, the stake and spending limits being advertised, the online restrictions in place, as well as all marketing procedures.

Among some of the potential reforms that will arise from the gambling review include adding stringent affordability checks for gamblers. The Gambling Review is also expected to explore the role of the UKGC and its control in the gambling sector in the UK. The 2005 Gambling Act has been unfit to serve the latest technological demands and developments that have taken place in the industry over the last 10 years.

Whilst a huge majority of gamblers in the UK do so responsibly, the 2005 Gambling Act is an analog law that has been operating in a highly digital age. In the last 10 years or so, the industry has progressed at a rapid speed to include more than just high street bookmakers. Gambling reviews had been needed for a long time especially as the region continues to find new ways to tackle problem gambling in all its forms.

The Gambling Commission has already built a track record of introducing tough measures aimed at safeguarding people from the risk of betting harm. Some of the measures that the government has taken include banning the use of credit cards, as well as debuting tighter age verification checks and measures. The UKGC has also cut the maximum stake on all Fixed Odds Betting Terminals.

As part of the review, the government was also expected to raise the minimum age to play the National Lottery from 16 to 18, effective from October 2021. This move will further allow the government to protect younger people from the dangers of gambling. Although lotteries tend to be less risky than other games, raising the minimum age for the National Lottery will ensure that the low-risk game is not a gateway to problem gambling at a young age.

Operators not pleased with some of the reviews

Although a review of the gambling laws in the country has been imminent, operators say that some of the new laws will have a devastating effect on the already fraught market.  While betting companies agree that a review of the laws has been in the cards for a long time, many remain emphatic on an evidence-based approach to all the changes being proposed. It is for this reason that operators such as Flutter and William Hill are working closely with the government to feed their evidence-based findings into the ongoing review.

Operators agree that the changes introduced by the review must achieve meaningful and beneficial change that genuinely betters the industry. When operators and the government work hand in hand, the right balance will be struck whereby player protections are enforced without harming or infringing on the gaming experience.

Flutter alongside other well-known operators in the UK has proven their commitment to keeping punters as safe as possible while also raising standards in the industry. Whether it is by making sure that underage and vulnerable people are not exposed to wagering adverts or identifying at-risk punters through various advanced technologies, Flutter is always looking for new ways to lift the standards as it aims to make sure that betting remains a safe and fun pursuit for the millions of customers it has all over the world.