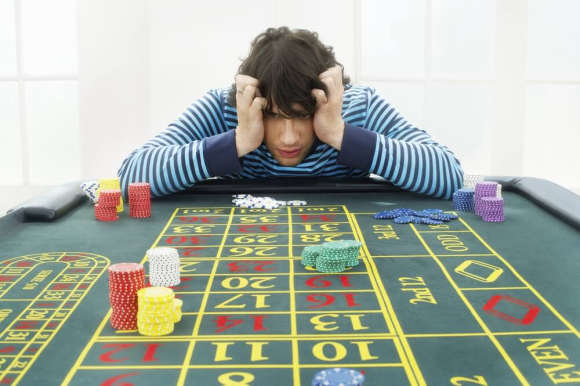 Flutter Entertainment, which owns and operates several well-known gambling entertainment companies such as the likes of Paddy Power Betfair has introduced a €500 cap on damages for its younger Irish customers aged 25 and lower. The cap was designed to prevent these younger gamblers that tend to be susceptible to online gambling issues.

The Gambling Commission in the UK has been imposing new rules for online casinos in a bid to try and make gambling not only fairer but also safer for all populations of online gamblers. Flutter Entertainment’s new rules will not only help the company prevent harm but it will also go a long way in ensuring that underage gambling is curbed or at the very least minimized.

These changes have become vital in ensuring that children and the vulnerable are protected from gambling-related harm whilst also bringing down the risk of crime related to online gambling. This move by Flutter Entertainment to protect under 25s from gambling harm could not have come at a better time as online gambling continues to become prevalent in the ongoing pandemic.

Why are children more susceptible to online gambling these days?

There is no denying that online gambling has become part and parcel of day-to-day life in the pandemic. As a result, children and young adults have become more exposed to the practice as a result of the constant stream of advertising that has proliferated our media these days. As a result, younger gamblers have become a lot more inclined to wager later in life with many choosing to start online gambling even before they turn the legal age of 18.

Online and TV ads, social media, as well as the influence of older family members that are also gamblers are among the biggest factors that lead young people to gamble and this exposure has become worsened in the pandemic lookdowns. Online casino games have become so normalized these days to the extent that young adults now grow up thinking that gambling is a harmless pastime.

By adding a monthly loss limit for individuals under the age of 25, Flutter Entertainment is actively taking steps to protect vulnerable gamblers in the UK and Ireland from losing more than £500 or €500 monthly. Gamblers aged 25 and lower are people that have just entered adulthood and are therefore likely to experience considerable changes such as first-time independence and financial management, which means that they may not fully be able to set sensible gambling limits themselves. According to Flutter, this cap will affect approximately 5% of its customer base in the UK and Ireland.

Flutter Entertainment has been keen on making gambling safe

In the last year or so, Flutter Entertainment has been very keen on creating a safer gambling environment, especially for mobile casino users. Flutter, which owns some of the biggest betting companies in the world including Betfair, Sky, and Fanduel has been making moves continually to stop gamblers from wagering stakes that they cannot afford.

In Ireland and the UK, sports betting remains extremely popular. Recent government figures also demonstrate that in the last 12 months or so, a huge percentage of the population that is eligible to gamble have taken part in gambling-related activities during the pandemic with sports betting, scratch cards, and lottery tickets being the most accessible forms of gambling.

In the UK, successive governments have faced a lot of criticism regarding the issue of problem gambling that has escalated in the last few years to rocket the number of personal death and suicides.  To keep its population safe, the UK banned the use of credit cards for online and offline bets in April 2020, just after the first series of lockdowns were announced by the government.

As a result, it has become impossible to place a wager with a Flutter branded provider through a credit card. Online payments these days can only be made using debit cards. In tandem, Flutter Entertainment has also ceased placing ads on TV before 9 pm and have increased the number of charitable donations the brand is making to charities and organizations designed to support gambling addicts.

Specifically, Flutter has dedicated 1% of its net gaming revenue in support of research, education, as well as treatment of problem-related gambling. According to experts, the amount that Flutter is expected to donate to this cause is expected to net €3m by 2023. To reduce problem gambling, Flutter has also greatly reduced its advertising during live sports.

Today, Flutter’s new measures will help to greatly improve the already implemented rules as they relate to problem gambling. Flutter has also been using AI and human monitoring to identify potential harmful behaviors before it escalates out of control.

It’s been a great year for online gambling as the pandemic still pushed to gamble online instead of heading out to brick-and-mortar casinos. However, even though online gambling has experienced a much-needed growth boost over the last year or so, the situation has been an absolute disaster for people suffering from gambling addiction as well as vulnerable groups such as underage gamblers.

Flutter entertainment recognizes that online betting has undergone a digital transformation over the last 2o years or so. The influence of smartphones, as well as social media and on-demand streaming, has been profound on the gambling industry as well as the modern punter.

Indeed, the gambling sector has not always put the interest of its customers first but Flutter is doing everything it can to prevent the issue from worsening. When gambling companies such as Flutter come together and unite with the government to create robust policies and structures to implement a safer gambling environment, it is safe to say that the younger population of future gamblers will enjoy a much safer gambling space than the one available currently.