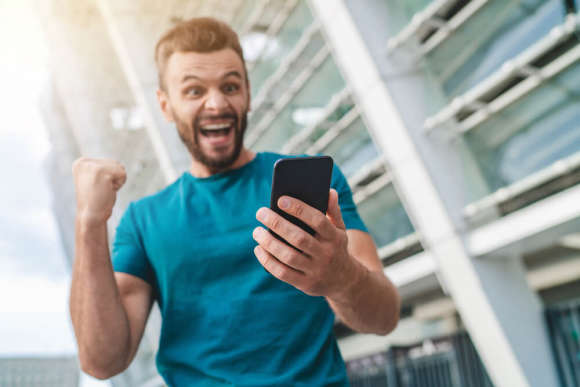 FansUnite can finally start reaping the benefits of operating in the world’s most successful gambling market after receiving gambling licenses from the UK Gambling Commission. The licenses will allow FanUnite to deliver its suite of iGaming products to punters in the US. Additionally, FanUnite will also be able to provide B2B technology to operators in the UK.

As the most successful gambling market in the globe, FansUnite will now enjoy access to at least 30.2 million registered punters. Thanks to UKGC’s approval, FanUnite now boasts a remote gambling software license as well as a remote betting license for all its brands. This newfound authority will allow FansUnite to supply its wagering platforms to sportsbooks and casino operators in the UK while delivering its B2C betting solutions directly to punters.

FansUnited submitted its application to the UKGC earlier this year in March and has been waiting for news since. FansUnite is already experienced and established in Malta, where it also enjoys B2B and B2C gaming licenses that have now extended into the UK. FansUnite has been keen on the UK gambling market for a while now, so these newly acquired licenses represent a huge milestone for the brand.

Indeed, a license from the UK Gambling Commission is regarded as the gold standard among operators that want to succeed in other parts of the world. Having formally submitted its application and received its licenses, FansUnite can now expand into any part of the world without difficulties. Holders of UKGC licenses enjoy special perks and privileges as they can service almost every country that enjoys legal online gambling.

Having a UKGC license also means that FanUnite customers can play comfortably knowing that their brand is adhering to the strictest standards available in the industry. This will ultimately help FanUnite to attract even more customers.

Online gambling in the UK is among the best

Online gambling is one of the biggest and most successful industries. It spans the globe and in the pandemic, it has flourished while other industries struggle to keep their heads above water. While the iGaming industry is global, there are certainly some markets that are bigger and more successful compared to others; and the UK is one of those markets.

The real money gambling industry in the UK is worth more than £14.3 billion. Approximately 50% of the population loves to gamble in casino games such as slots, poker, as well as roulette online and the UKGC is in charge of it all.

Indeed, no other market in the world has attained the success that the UK has managed to attain. The UK has long been a haven for online gambling operators, which is why the industry continues to rake in millions and has been expanding steadily through the years. With thousands of thousands of workers enjoying steady employment in the gambling sector, the UK is considered the number one market for iGaming in the world.

One of the many reasons why the UK has experienced such massive success in the online gambling industry is thanks to the number of gamblers with access to disposable income. A lot of Brits do not mind chucking a significant portion of their hard-earned salaries to wager online. In fact, sports betting is a long and powerful tradition in the UK with the UK Gambling Commission still remaining the most popular licensing body for online gambling.

But things haven’t been rosy in the industry over the last few years. Today, British alongside Irish gambling operators are being forced into mergers and acquisitions as they battle the increased competition from other burgeoning markets like the US and Canada. Over the last 20 years, British bookmakers have used the proceeds of their highly profitable operations to create formidable online operations that have extended their services to international punters.

Specifically, as the lucrative markets in the US and Canada have continued to open up after the Supreme Court’s milestone verdict to overturn PASPA after decades of no internet betting, UK operators have flocked to the North American market to take advantage. These operators’ expertise in the mature UK iGaming market has made them valuable entrants for operators looking to dominate and take over.

For instance, Flutter, which owns and operates Paddy Power, SkyBet, and Betfair sealed a partnership with Canada’s The Stars Group. This partnership has allowed the organization to carve out an even bigger slice of the growing US market compared to its bitter rival Entain. As a result, Flutter now has claimed a huge market share in the US and will likely do the same in Canada now that fixed odds bets on sports wagers have finally been allowed in Canada’s provinces.

According to Flutter, by 2025, it hopes to have dominated the US market and exceeded £14bn pounds in generated revenue come 2025. As more states continue to legalize gambling in the US, UK-based companies such as Flutter and Entain will continue to take advantage of the growing demand. Nowhere has UK-based gambling companies seen more success outside of the UK than in the US, with the market continuing to exceed expectations for many gambling operators.

While Entain and Flutter have continued to flourish in the US, other companies haven’t been as lucky. Case in point, William Hill is all but extinguished after the £2.9 billion takeover by Caesars Entertainment was finalized. While its competitors maintained or increased revenues, William Hill continued to suffer a fast decline and slumps in profits.

As calls for a safer gambling market have increased, operators in the UK have been forced to look to newer markets in the US and Canada. In addition to these tighter regulations, the high taxes and the bombardment of negative media coverage have exposed UK betting companies and caused their decline.

Over the last couple of months, revenues from regulated gambling in the UK have been dropping. Fortunately, the game’s not up yet. With companies such as FanUnite stepping in to offer fresh alternatives to gamblers, the market might just get back on its feet.