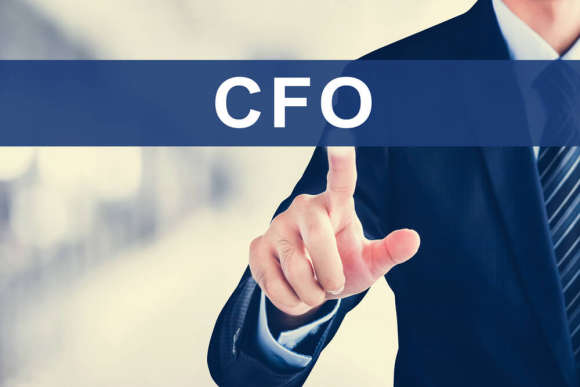 EveryMatrix has appointed a new Chief financial officer that will be responsible for the iGaming brand’s performance across all its units. Anton Lin, the new CFO has worked in the venture capital and private equity field for more than 10 years with a primary focus on B2B SaaS and healthcare organizations.

Alongside other executives in EveryMatrix, Anton Lin will be in charge of supervising the wellbeing of EveryMatrix’s business so that it can stand out in the growing iGaming market. EveryMatrix is one of the most well-known B2B iGaming software providers in the world with its main operations headquartered in Bucharest, Romania.

EveryMatrix is a well-known name in European betting circles but is only now working to grow its presence in North America. Specifically, the brand entered the US market earlier in February this year when it opened a new office based in Miami. The new Florida base was created as part of EveryMatrix’s effort to expand its operations into newly regulated jurisdictions.

EveryMatrix’s growth in the US has been remarkable

To provide its customers access to its high-quality iGaming integration platform known as CasinoEngine, EveryMatrix applied for a license in its first US state in 2020. Like most iGaming software companies, EveryMatrix opted to debut its operations in New Jersey, which ultimately sparked a new era of growth for the company.

In keeping with its plans for expansion in the US, not too long ago, EveryMatrix added US gaming company Matric Gaming to the brand’s RGS Matrix solution through Spearhead studio, its world-class real money gaming studio. Matrix iGaming, which is based in Illinois developed custom games for land-based casinos, was the 1st US-facing provider to join the EveryMatrix network.

In the past, EveryMatrix’s focus has always remained on creating land-based content. However, the brand has been keen on building a prominent online presence as online gambling continues to thrive mid-pandemic. RGS Matrix is still a relatively young solution in the iGaming market as it was only launched in December of 2019.

In the short time that it has been up and running, RGS Matrix has emerged as a critical component of EveryMatrix’s product lineup. Since its launch, it has greatly advanced EveryMatrix’s growth and expansion plan in the US market. As such, the roadmap ahead looks very exciting for the brand, especially as more states across the state continue to legalize sports betting.

As resortscasino.com continues to expand EveryMatrix’s content on its platform, the fast-growing iGaming and sports wagering market in New Jersey will be a great platform for growth and expansion. Soon, EveryMatrix will start to expand its offering across more US states.

As well as pursuing opportunities in the burgeoning US market, EveryMatrix is also looking to expand its footprint in Latin America. Specifically, the brand recently teamed up with Mexican retail casino operator Group Foliatti. As a result of this partnership, EveryMatrix will power Foliatti’s first online casino brand.

EveryMatrix already enjoys a strong presence in Latin America, where it boasts several strong partnerships and networks. Group Foliatti, in particular, is one of the most recognizable brands in the lucrative Mexican land-based gaming market, where it has enjoyed a strong presence for more than 10 years.

As a result of this partnership, Group Foliatti will launch its first-ever online casino project, titled Foliatti Casino that will be powered by EveryMatrix’s popular turnkey platform. Foliatti Casino will make use of EveryMatrix’s powerful tools including its integration and productivity platforms, its cross-product bonus system, its accessible player management platform, its fully managed sportsbook, and many more features.

This partnership with Group Folliatti is the first partnership of its kind that EveryMatrix has formed in Mexico. Not only will this help to position EveryMatrix as the provider of choice in the Latin American market, but it also presents the brand with an excellent opportunity to demonstrate to the iGaming market the full capabilities of its turnkey platform.

EveryMatrix has already proven that its solutions are successful across other international iGaming markets. As such, the brand should expect a lot of success in the North American gambling market. Since the B2B iGaming software provider debuted its Armadillo studios in Miami, the brand has been growing from strength to strength in the US market.

With a strong US presence, EveryMatrix will continue to actively pursue new business within North America, as well as the Latin American market. Perhaps it might even set its sights on the Canadian sports betting market, which recently legalized single-event sports wagering.

Currently, EveryMatrix is pursuing licenses in various US states having already secured one of the most important licenses in the country- one from the New Jersey Division of Gaming Enforcement, which was awarded in November 2020.