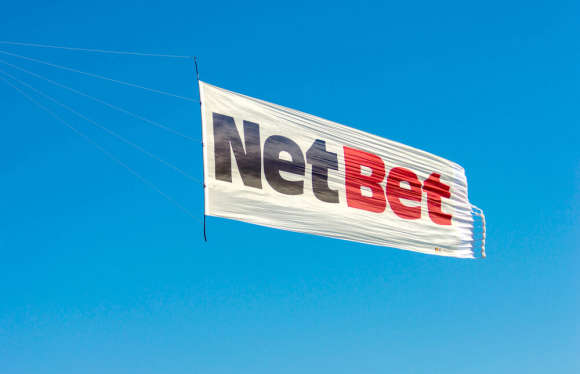 Design Works Gaming, which is one of the most advanced casino content studios, is partnering up with NetBet, in yet another landmark deal in the UK. This new partnership with see Design Works casino games distributed to NetBet players in the UK. This means that NetBet customers now enjoy access to some of Design Work’s biggest games including the likes of Diamonds, Sapphires & Rubies, as well as Flippin Rich, and more.

This new partnership now brings Las Vegas-based-style games to online punters in the UK. The high-quality content that is associated with Design Works has become highly sought after in the UK. These games are already popular on other platforms including Kindred Group, Bet Fred, as well as the recently acquired William Hill.

What makes games from Design Works Gaming so popular among bettors in the UK is that the brand’s games introduce a level of freshness and newness in the slots market in the UK, which has come under fire in the past few months.

Over the last few months, Design Works has released more content adding to its ever-growing portfolio. Some of its newest releases include Diamonds and Sapphires, Rubies 4Play, as well as the award-winning Double Fancy 7s. Based in Arizona, Design Works Gaming has been creating content for retail gaming heavyweights such as Scientific Games, IGT, Novomatic, and more ever since its advent in 2005.

Although it started off primarily creating popular titles for American operators after being founded by Vegas native Troy Zurawski, Design Works has gradually moved into the world of social casino gaming. The brand has worked hard to create quality content and unique promotion features for 3 of its brands that include Super Scratcher Casino, Diamond Sky Casino, as well as Spin Vegas Slots.

With its strong portfolio of titles and its extensive player data, Design Works Gaming applied for a UKGC license in 2019 and was successfully approved.  Since then, the American brand has worked hard to deliver a high-quality portfolio of top-performing games for both retail as well as social casinos in the real money gambling market.

Since debuting its services in the UK gambling market, the brand has become highly sought after for its slot titles and gamification tools. This has allowed the brand to strike up several commercial agreements with top operators in the last few years, thus paving the way for the brand to develop as an international supplier of world-class casino content.

UKGC has been enforcing strict measures for online slots

The UK has been working hard to strengthen gambling checks

Since the pandemic broke causing a spike in online betting in the UK. At the beginning of this year, the UKGC announced new measures for online slots aimed at strengthening protection on vulnerable gamblers and players. The UKGC enforced strict measures on certain game features including the autoplay and the fast unlimited slot spins feature that was reported to be misleading players while also reducing the control they have on their gambling habits.

The UKGC expects all licensed slot operators in the UK, which includes Design Works Gaming to have implemented the new measures before the end of October 31st this year. Gamblers claim that common slot gaming features such as auto-play cause them to lose track of the time they spend gambling.

The commission is also asking operators to remove additional features that give players a false sense of control over their win rates such as sounds and visual cues that suggest that a gambler might win if they play. Additional controls will further ban withdrawals. All these measures have been created by the UK Gambling Commission to reduce the risk of gambling-related harm.

Over the last few years, the gambling commission has come under fire by the anti-gambling community for its outdated gambling laws that have continuously placed the population in danger of developing gambling addictions. Alongside bodies such as the Ministry for Sports, Tourism,3 and Heritage, the UKGC is doing everything it can in its power to limit the risk of gambling-related harm in the region.

As the authorities keep reviewing the current wagering laws in the region to ensure that they are fit for the modern gambling age, operators and content distributors such as Design Works Gaming are also coming up with player protection measures of their own such as mandatory identity age checks as well as banning betting on credit cards.

Since Design Works has been operational for so long, it has managed to amass a huge collection of player data that has continuously helped the brand to perfect all its content offerings and games. It is important to note that all of Design Works Gaming’s content is developed in-house at the brand’s headquarters in Scottsdale.

Even though the brand has only been operational in the UK market for a relatively short time, UK punters have taken very well to the content produced by Design Works Gaming. In particular, UK gamblers are very fond of Design Works’ classic Vegas stepper slot games, as well as its online scratch cards.