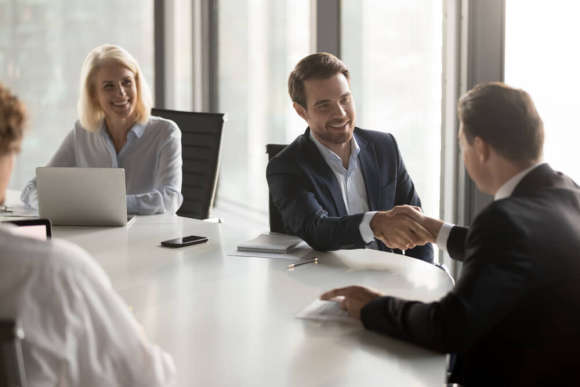 Bally's has finally acquiesced to Gamesys’s key terms. Now that the UK gambling company Gamesys and Bally’s Corporation have officially agreed on the terms of the merger, Bally’s is all set to acquire Casino Gamesys for £2bn or $2.74bn (or €2.31bn). This deal will go a long way in helping both Bally’s and Gamesys further expand their interests in the flourishing US market.

Bally’s and Gamesys are merging to become a dominant force in a market that is fast becoming saturated with competitors of all shapes and sizes. By combining their technology and land-based platforms across the major states in the US with legal betting, the 2 brands will become unstoppable. Bally’s already has a strong brick-and-mortar presence in the country and Gamesys has one of the most advanced tech platforms available; win-win!

As per the terms of the agreement, Bally’s will pay £18.50 for every Gamesys share. Once this deal is finalized, Lee Fenton, who is currently CEO of Gamesys, would maintain his position and remain in charge of the combined group. An additional 2 Gamesys will also join the board of directors of the merged companies alongside Bally’s CEO George Papanier.

When all the I’s are dotted and T’s crossed, the combined company will be headquartered in Rhode Island while its shares are expected to be listed on the New York Stock Exchange. This deal comes after a bout of takeover interests from the US for UK-based gambling firms. For instance, in the next coming days, William Hill is expected to complete its takeover of Caesars.

Bally’s Mergers and Acquisitions have been rampant

Over the last couple of months, Bally’s has been involved in a series of mergers and acquisitions as it looks to exploit the many lucrative opportunities available in the US betting market. Just recently, Bally’s acquired one of the most well-known daily fantasy sports operators, Monkey Knife Fight. Monkey Knife Fight has managed to establish itself in a relatively short space of time despite being pitted against more established DFS firms DraftKings and FanDuel.

The deal between Bally’s and Monkey Knife fight closed in the first quarter of 2021. This partnership will further allow Bally’s to establish its long-term growth and diversification strategy. Bally’s primary objective is to become the 1st vertically integrated sports wagering and iGaming company in the US to boast a B2B2C business model.

Monkey Knife Fight is currently ranked as the 10th fastest growing company in sports and entertainment by SponsorUnited. The brand has approximately 180,000 registered users across 37 states, as well as Canada. Now that its deal with Bally’s has been finalized, Monkey Knife fight will have the financial muscle to increase its sports wagers database in states like Florida, Texas, California, New York, and Canada, all of which are expected to legalize sports wagering in some form soon.

With this acquisition, Bally’s has also gained entry into the very profitable Daily Fantasy Leagues market. Another strategic partnership that Bally’s has formed recently is with the Sinclair Broadcast Group. This partnership will allow Bally’s to combine its successful sports betting technology with Sinclair’s extensive portfolio of local news stations and regional sports networks.

This solid partnership with Sinclair will see Bally’s assimilate content into the 190 TV stations and wide sports networks that Sinclair owns and operates. Consequently, what this will do is allow each of the partners to enhance, build and promote its sports wagering products from one state to the next.

As you may or may not know, Bally’s acquired its groundbreaking sports wagering technology thanks to its deal with Bet.Works Bally’s, formerly addressed as Twin River Worldwide, agreed to acquire sports betting platform provider Bet.Works for an estimated $125m. It is because of this partnership that Bally’s will soon realize its dream of becoming the first vertically integrated sports wagering iGaming company in the country.

Bally’s has been actively trying to expand its portfolio ever since the Supreme Court legalized sports betting in 2018. Today, Bally’s extensive portfolio consists of a network of 14 casinos strewn across 10 states; this number is expected to rise as more and more states welcome sports betting in the coming months and years.

Gamesys has also not been left behind when it comes to the mergers and acquisitions game. Its most recent agreement was with the JPJ Group, which acquired the majority of Gamesys’ assets for an estimated £490m or $620.9m. As a result of this deal, PJ acquired the Gamesys platform, its impressive bingo content studio, as well as the company’s real-money gaming sites Monopoly Casino, Virgin Games, and Heart Bingo.

Included in this deal was also Gamesys’ New Jersey-licensed Virgin Casino site, which is operated in partnership with Tropicana. Since JPJ acquired Gamesys’ Jackpotjoy brands, Gamesys has continued to supply JPJ Group with iGaming content, as well as its technology platform. Owing to this strategic partnership, Gamesys’s revenue shot up by 29.0% in its 1st full year since the Jackpotjoy merger.

After its outstanding operational performance in 2020, Gamesys expects to have a remarkable 2021. Much of its success last year, despite the challenges presented by the pandemic, was owing to its intensified focus on responsible gaming, as well as prioritizing the wellbeing of its customers. Against the challenging backdrop of the epidemic, Gamesys’s emphasis on sustainability has positioned well to carry out its considerable forward momentum into 2021.

All in all, this partnership between Bally’s and Gamesys will be beneficial for the punters, as well as the rapidly booming US betting market. Both companies are expected to record considerable growth despite running a gambling period in a hard economic climate. As 2021 progresses, both companies find themselves in a strong position to continue delivering growth while creating value for all their stakeholders.