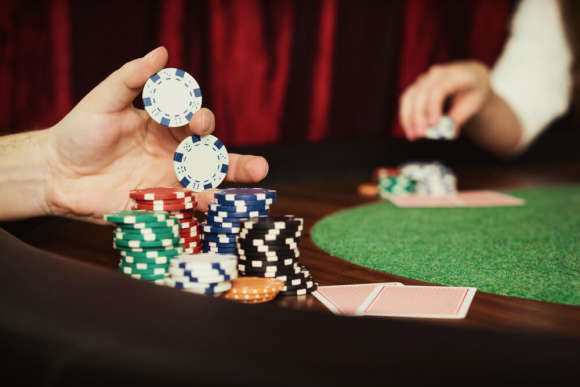 In July 2020, soon after news of the pandemic broke, the House of Lords released a comprehensive report detailing the dangers of gambling on society. Since then, the government, as well as the UK Gambling Commission have been working hand in hand to try and strike an elusive balance. On one hand, the authorities recognize that online gambling has been a huge help to the struggling economy.

On the other, there is a general consensus that regulatory changes need to be introduced in a manner that enhances players’ protection without infringing on the modern gambler’s freedom of choice regarding where they bet or how they spend their money.

To enhance player protection, the government established a mandatory gambling limit. However, many believe that this has only helped to fuel the hunger for unrestricted online gambling. These limits have unintentionally created conditions that have caused British gamblers to turn to black-market gambling.

As a result of this overly restrictive gambling environment, gamblers, many of whom are at risk, have been turning to various offshore and unlicensed betting sites for their fix. The majority of British gamblers are now opposing government-imposed gambling limits that the government plans to make more permanent moving forward.

According to a study conducted by a market research firm in London known as YouGov, only 27% of Brits polled support the government’s plan to set limits on how much a punter can wager every month. The larger majority of those polled further added that limits would only work to push gamblers to unlicensed illegal gambling networks.

The anti-gambling community in support of limits

In 2019, the anti-gambling community got a huge win when the government decided to slash Fixed Odds Betting Terminal limits to just £2. This decision led to a massive round of closures of hundreds of high street betting shops. Before the £2 was mandated, Fixed Odds Betting Terminals were some of the biggest money makers for high street betting shops.

Now, it appears as though the anti-gambling community is headed for another huge win as the gambling industry prepares to welcome more restrictions. Some of the restrictions expected to be introduced include limits on spin speeds. There is also expected to be a permanent ban on features that speed up gameplay or reveal losses as wins.

Moving forward, operators will be expected to display clearly what each player has lost or won. According to the UK Gambling Commission, online operators are expected to implement these rules by 31st October. Some of the games that will be severely affected by these new restrictions include online slots and most table games available.

The UK Government Department for Digital, Culture, Media, and Sport (DCMS) has also been hell-bent on reviewing the gambling laws in the country.  The UK Gambling Act 2005 has been a contentious issue for some time now, which has led politicians to conduct a review that will see the Act ushered into the new digital age that we find ourselves in today.

Some of the key aims of the review are to:

How will the industry recover with stricter gambling controls?

As mentioned earlier, the gambling industry is a great revenue generator for the country. and with the pandemic wreaking havoc and government reserves, the revenue generated from gambling will be needed for the long recovery process that lays in wait. The economic damage that the contagion has wrought on the economy will take years to repair.

So it would not particularly be the smartest thing to introduce stricter limits that prevent people from betting through licensed UK online casinos that can be taxed to contribute to the recovery process. With the recent launch of the review by the UKGC and DCMS, there is a real possibility that the Conservative administration could damage an industry with a track record of job-creating and billions of pounds in monthly taxes.

Of course, it is evident that something needs to be done to curb the increasing cases of problem gambling. However, this needs to be done in a manner that does not intentionally harm the industry from performing. Even though a review of the gambling laws is needed to modernize the UK gambling industry, which has remained largely unchanged since 2005, there needs to be balance.

Otherwise, controls that are too strict will only drive problem gamblers looking for a fix to unlicensed and offshore betting sites, many of which offer no player protection at all. According to the Betting and Gaming Council, illegal online casinos attract more than 27 million visits from UK residents every year. Most of these illegal sites are black market, which means that they are operated by backstreet bookies and organized crime members.

If the market becomes overregulated, not only will the government lose a lot of money to these sites, but it also places the very same problem gamblers that they are trying to protect in greater danger. Before any decisions are made, authorities will need to give serious thought to how some of the new regulations will affect not just the economy but the punters themselves.