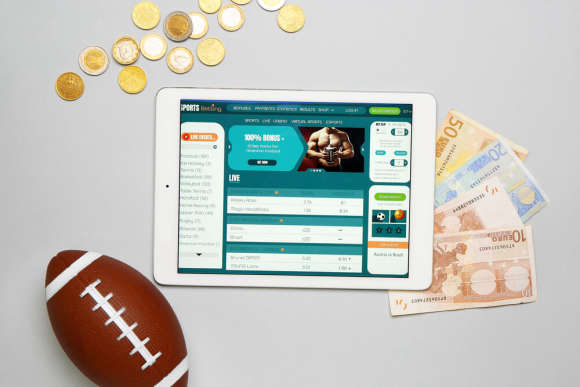 BoyleSports now has a new title under its belt as Newcastle United’s new wagering partner in the UK and Ireland. Thanks to this partnership, BoyleSports will soon debut an array of exciting activations, competitions, and experiences for Newcastle United fans that are of legal age (18+). BoyleSports will also host exclusive promotions as well as other special offers on matchdays to lure bettors.

BoyleSports has already started erecting and installing branded wagering terminals across St. James’ Park, which will officially give Magpies supporters access to in-stadium betting facilities over the next 2 seasons. Boylesports, which is a Dundalk-based bookmaker, is active in both the UK and Ireland sports betting markets and will benefit from the marketing exposure it will receive from the branded betting terminals that have been installed at the Premier League’s team St James Park stadium.

Newcastle already has similar partnerships with 88 and bet365. Newcastle also has partnerships with Sports Direct, Brewery Carling, Pulman Volkswagen, travel search engine KAYAK, as well as sportswear brand Castore. As Boylesports continues to make good on its promise to expand into the UK, this increased exposure will ensure that the brand positions itself as a winner in the most successful gambling market in the world.

Last year in July 2020, Newcastle entered into a long-term extension to their partnership with Chinese sports betting company Fun88. As a result of this partnership, Fun88 will remain on Newcastle United’s front shirt as its sponsor. Last year, the Magpies also secured an extension with its partner Puma.

BoyleSports has been making good on its promise to expand in the UK retail market after entering the vibrant market in summer 2019. The Irish bookmaker has shared its plans to acquire more wagering shops in the UK as it looks to expand its retail presence even further. BoyleSports has been building a considerable retail portfolio in the UK despite the betting shop closures that have plagued the region during the tough pandemic period.

Established in 1982 and headquartered in Dundalk, BoyleSports stands as the biggest independent bookmaker in Ireland. Thanks to a number of acquisitions in recent years, the firm has managed to grow to become the largest betting shop owner in the republic, boasting more than 300 venues.

BoyleSports gained entry into the UK wagering market when it acquired and rebranded Wilf Gilbert’s 13 wagering shops that were located in the English Midlands. Earlier in 2020, Boylesports expanded its growing UK estate with the acquisition of 35 more William Hill betting shops located in the Isle of Man, as well as in Northern Ireland. According to reports, BoyleSports invested at least £10 to £15 million for the William Hill shops, and this remains one of the company’s most expensive acquisitions to date.

BoyleSports has invested heavily in growing its presence in the Midlands region, which has made Birmingham its main headquarters in Great Britain. So far, BoyleSports owns at least 19 betting shops across Stoke, Birmingham, and Coventry. BoyleSports has plans to operate more than 100 regional UK shops excluding those located in the London region by the end of the year.

Even though it seems to be concentrating most of its efforts in the UK, it still has a lot of work to do in Ireland as well. Looking to expand its presence in Northern Ireland, BoyleSports bought out Mulholland bookmaker Bruce Betting, which helped to add more shops into an already expansive portfolio. Since it already has such a strong network in the UK, BoyleSports is holding off on any new acquisitions in Ireland.

The move to concentrate its efforts in the UK has also been supported by the Irish government’s decision to increase its betting duties by almost double. The tough licensing conditions in Ireland are what has served as the biggest motivation to stop establishing any more betting shops in its home country.

Like most operators, BoyleSports has had to endure a difficult few months as a result of the pandemic. This forced the company to close several of its betting shops in March and was not allowed to open till the end of June. By then though, the months-long shutdown paired with the disintegration of live sports as we knew it really hampered the company’s growth across the UK and Ireland.

Thankfully, however, the gradual return of live sports has improved things for BoyleSports and many other firms to a degree. And now that casino floors have resumed operations, it is expected that revenues will continue to improve for all operators, not just BoyleSports. As conditions in the UK keep improving, BoyleSports is keen on acquiring more UK bookmakers, as well as entering more sports sponsorship deals.

At present, Boylesports also acts as the shirt sponsor for Coventry City and Birmingham football clubs. It is also the official online betting partner of the English premiership club Wolverhampton Wanderers. So farm BoyleSports boasts more than 60 shops in the UK, with most of the shops located in the North and the British midlands.

The fixed odds betting terminal legislation radically changed the retail betting environment in the UK. However, it also opened up new opportunities for companies such as BoyleSports that have never operated Fixed-odds betting terminals before. BoyleSports has worked hard to replace FOBT that had become the norm in betting shops with world-class wagering lounges that come with all sorts of cool features including state-of-the-art screens and interactive stations.

Unlike most operators that have their interests turned to the burgeoning US and Canadian betting markets, BoyleSports has its sights firmly set on the UK market. So much so that the brand intends to establish a total of 100 shops in the region before it can move to expansion elsewhere.

Boyle’s medium to long-term plan is to grow to become the market leader for soccer wagering across Ireland and the UK. As time progresses, BoyleSports hopes to realize its long-term objective of bringing to the UK the same quality of service and shops that the company offers to its Irish retail customers.