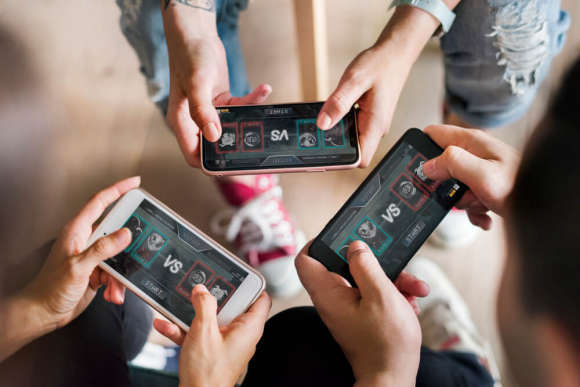 As the name suggests, the Blast and Striker game features a cannon that shoots up balls that multiply the amount of the bet placed by the wager as the ball hurls forward. The player has to time their wager and place it before the multiplier stops. If a punter fails to beat the time and cash out before the time runs out, they lose. The striker game was one of the very first virtual games that were developed by BetConstruct.

Now that it has a license from the UK Gaming Commission, BetConstruct will also want to pay special attention to virtual wagering on football. As the most popular sport in the UK, it is a no-brainer. As one of the very first sports to be introduced to the virtual sports wagering roster, virtual football attracts thousands of punters in the UK  because players do not actually need any knowledge or skills to wager comfortably.

Virtual sports betting is the future of online gambling

Virtual sports are enjoying a moment at present. There is no denying that traditional games such as slot machines, table games, and sports betting still have their place in the contemporary gambling market. However, the pandemic changed everything.

When last year’s pandemic hit, retail casinos and sportsbooks were forced to shut down operations. And when these brick and mortar locations were allowed to operate again, they were only allowed to do so under strict laws and restricted capacities. This led to a massive decline in revenue for land-based gambling establishments. However, the story was completely different for the online betting market.

Rather than face deterioration like its traditional counterparts, online gambling especially in states such as New Jersey and Pennsylvania started to thrive more than it ever has before. With more and more people using their smartphones to access the internet and gamble on whichever sports that continued their broadcast, internet gambling activity shot through the rood, and it is easy to understand why.

This largely explains why the future of gambling is online and why a new type of sports betting is emerging. Companies such as BetConstruct and DraftKings realize the value of virtual games and are starting to capitalize on the sudden demand from young and modern punters that are looking for something fresh to excite them.

As a result, virtual reality games are all over these days. Punters can place their wagers, wear their headsets, and experience sports in a way that they never have before. Unlike esports,  virtual reality games do not have any human elements. Virtual sports are simply played with the help of sophisticated computer programs.

During virtual game broadcasts, no controllers are manipulating the players. The games are usually broadcast through random programming based on statistics that are updated constantly. Punters looking to wager on virtual sports are provided the same type of odds or information that they would review before placing a bet in a traditional sportsbook.

Virtual sports alongside esports are taking over the world in successful markets across the UK and North America. Whereas virtual sports are completely computer-controlled, esports on the other hand involve competitions between human players against online games. These days, esports have leagues and top players that punters follow closely like they do athletes in soccer or the NFL.

Virtual sports have been growing in popularity since sports betting was made legal in 2018. So much so that today, virtual sports account for at least a 5th of over-the-counter and online betting revenues for bookmakers. Virtual sports’ popularity started in Europe but gradually, these sports have expanded to other parts of the continent including Africa.

What’s so great about virtual sports is that one never has an opportunity to get bored. The virtual sports or races are never in full length. Instead, they only last for a few minutes with new ones starting after each cycle. These days, apart from soccer and horse races, people can wager on a wide array of virtual sports including greyhounds, speedway, tennis, and even the NFL.

The outcomes of each of the matches are typically determined by a random number generator software, which is also the same system that is utilized by casino games. Indeed, most gambling commissions have strict rules that ensure that all bookmakers that supply virtual sports betting do so with the best software so that customers can enjoy a truly random gambling experience.

So what’s the future of virtual sports?

Today, virtual football and virtual horse races are among the most popular virtual sports to wager on. Many experts agree that virtual sports are changing the way people experience modern gambling thanks to their high-quality graphics and the ability to create a real experience for punters. As such, as technology keeps advancing, virtual sports will only become more popular.

One of the biggest drivers of the growth of virtual sports is convenience, which is largely responsible for the substantial boost in revenue. In the past, punters used to have to make the journey into brick and mortar casinos to place their bets. However, with this tedious component of gambling removed, gamblers can simply place their wagers online, which will ultimately lead to sustained growth.

The growth of virtual sports betting is evident with many brick-and-mortar sportsbooks closing their doors to pave the way. In the UK, for instance, bingo halls no longer exist. Just recently, well-known operator William Hill closed more than 100 of its locations. Soon, Genting will follow suit. While the pandemic may have been blamed for these closures, the truth is that the future of the industry is largely now online.