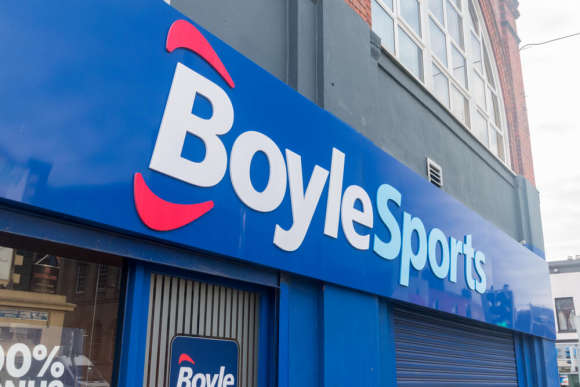 1X2 Network has teamed up with BoyleSports to provide the operator with live online slots content. 1X2 Network has now been tasked with the responsibility of providing the online sportsbook and casino with a wide range of online content, which will further allow BoyleSport to further its quest for market domination. As you very well know, the sports betting market in the country is one of the fastest-growing, despite a yearlong pandemic that has devastated other global industries.

Under this new partnership, BoyleSports customers will now access slots and table games that have been created by 1X2 Network. 1X2 Network creates the games from its 1X2 Gaming and Iron Dog Studios. Some of the common titles produced in the studio include Megaways Jack, Battle Maidens Cleopatra, as well as Western Wilds.

BoyleSports has been on the lookout for ways to diversify its content offering for a while now. 1X2 Gaming’s most popular title Branded Megaway, in particular, will allow BoyleSports to leverage its brand and put it front and center in front of eager punters that are always on the lookout for something new and fresh to sample.

As expected, 1X2 gaming will go live under the Relax platform from Relax Gaming, which was not too long ago granted a gaming supplier license from the Gambling Commission in the UK. Because the Relax platform is already in use in one of the globe’s most successful and strongest markets for online casino games, this new opportunity in the American market provides further opportunity for expansion.

So far, the Relax Gaming platform now houses Boylesports, 32Red, as well as BetVictor. Soon, Relax Gaming will also include Entain brands Ladbrokes and Coral in its transition. As of now, Relax gaming enjoys several noteworthy licenses including from the licensing authority in Gibraltar, the Malta Gaming Authority, the UK Gaming Commission, as well as the Romanian National Gaming Office.

This new partnership with Boylesports will further allow 1X2 Network to continue to deliver excellent products across all the regulated markets it is allowed to operate in. Apart from the UK, Relax Gaming also has its sights set on establishing itself as an in-demand supplier in the Nordic region. Already, Relax has received recognition from the players in the region, having recently been crowned the EGR Nordics Casino Content Supplier award.

BoyleSports’ new partnership with 1X2 Network now means that the online operator can now launch its own Megaways title like its successful competitors. With this new title, together with Megaway Jack, and other equally as popular titles such as Battle Maidens Cleopatra and Western Wilds, BoyleSports will now be able to attract more customers into the fold.

So far, 1X2 Network has one of the broadest range of titles available in some key gaming markets including Colombia, the United Kingdom, Spain, Colombia, Gibraltar, Malta, Isle of Man, Sweden, and Italy. Most recently, 1X2 Network launched its full range of games in Greece after receiving approval from the Hellenic Gaming Commission.

1X2 Network’s license in Greece will allow the network to offer its games to any licensed operators in Greece for the first time in the market’s history. As a result of this partnership, Greek punters now have access to the network's popular titles including Smoking Hot Fruits, as well as the newly debuted Rock the Reels Megaways.

Not too long ago, 1X2 Network also partnered up with The Mill Adventure. This partnership saw the incorporation of 1X2gaming and Iron Dog Studios titles into the Mill Adventures platform. Thanks to this integration, which occurred through Relax Gaming, Mills now has access to titles such as Book of Merlin and Astro Newts Megaways.

Owing to this partnership, 1X2gaming is now one of the largest B2B providers in the gambling scene. Nearing the end of May, 1X2 Network also secured a partnership with online gaming company Casumo, which is by far one of the most popular names in the online gambling space.  Under the terms of their partnership, 1X2 Network now provides Malta-based Casumo Gaming with 20 of its most popular titles, which were developed in the Iron Dog Studios.

1X2 Network positioning itself for iGaming expansion in the country

As 1X2 Network continues to forge partnerships and relationships across the globe, it is only strengthening its brand for the iGaming expansion that is taking place in the country. After the United Kingdom, the iGaming market in the US is now the second-largest in the world, which is no small feat.

Although sports betting expansion continues to capture most of the attention in the country, the casino iGaming market has also experienced remarkable growth in the last few months, establishing the country among the largest and most successful markets in the world. Today, the US only has a limited footprint across all the 50 states, which means that 1X2 Network enjoys a unique opportunity to establish itself in this relatively young market.

Last year, there were only 4 states with legal iGaming- West Virginia, Pennsylvania, Delaware, and New Jersey. These 4 states managed to raise a total revenue of $1.55 billion, a rise of 200% compared to 2019. Now that Michigan has joined the fold, the 1X2 Network is looking to establish itself in Michigan too.

As time progresses, 1X2 Network will continue to secure new certification in global regulated markets, delivering its award-winning content to even more operators and players across the world. 1X2 Network is especially well known for its Branded Megaways platform, which allows operators to create their unique Megaways titles.

This explains why 1X2 Network is so successful. The network boasts titles that are now available in more than 300 casino brands in regulated markets around the world. Relax gaming enjoys a vast portfolio that consists of more than 2000 casino games among which in-house studio slots and 3rd party titles are supplied to its various gaming partners in the world.