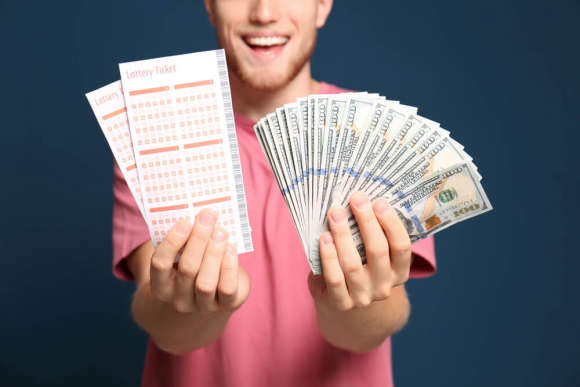 John Chua went through a range of emotions when his wife woke him up early in the morning of January 23 to tell him that someone had won the Winnipeg the CA$60 million Lotto Max jackpot.

“I was jealous of whoever won,” John said.

On that morning, John checked his PlayNow.com account, but he says he didn’t see anything to indicate his ticket was a winner.

Later that day, John received an email from PlayNow.com, and that’s when he realised that he was the jackpot winner.

“I thought it might be a Free Play or something. But it said $60 million – I was confused, so I checked on PlayNow.com when I got home. And there it was; I didn’t see it earlier in the morning,” he said in a press release from the Western Canada Lottery Corporation (WCLC).

“I saw the green light and all of the numbers highlighted on the ticket (when he checked his numbers) and it said $60 million, 20 bucks and two free plays so that’s how I found out. I think my mind just went blank. I couldn’t think of anything (except) ‘Is this real?’ I told my mom that this won’t be real until we actually contacted them and got the cheque or whatever. Now I’m here, now I know it’s real,” John explained.

John’s family was in disbelief too. His mother, Angie Chua described John as somewhat of a joker. She said when John told them they were about to be multimillionaires, they didn’t believe him.

“He always plays jokes – he’s a joker, so I didn’t believe it. I believe now that it’s real. Now we’re not just dreaming any more,” she said.

Angie described the windfall as a huge blessing. “We’re all very thankful – we just needed a little bit and we got a lot.”

What he plans to do with the money

John, who regularly picks up tickets on behalf of his family, started buying them online with PlayNow.com in November when retail sales of lottery tickets in Manitoba were restricted as part of public health orders.

Now the biggest question is what John and his family plan to do after bagging the jackpot.

“I wasn’t really expecting anything – I was hoping for just a little to put toward a house. There’s a lot of things that come to mind – but I’m going to take my time. I want to be wise. We’ve got

kids and need to think for our future. I just want to take the time and do the smart thing,” John said.

And he’s also not about to stop playing the lottery.

Hopefully, John and his family won’t spend all the money in one place.

John said credit options like PlayNow.com, lottery subscriptions, and remote ordering and pickup of lottery tickets were important to allow players to keep playing when sales at retail were temporarily suspended.

The $60,000,020 prize money is the largest in Manitoba’s history and the biggest payout ever for a Canadian lotto ticket bought online. The province’s previous record was a $50 million Lotto Max jackpot won in 2009 by a couple from the Sagkeeng First Nation. The next-largest lottery win in Winnipeg was a $27.2 million LOTTO 6/49 prize won in 2005.

John Towns, WCLC corporate communications manager, said: "Obviously, we're all really excited. It's been some time that we've had a big win like this in Manitoba. It's been a tough year for everyone, so a little bit of good news is always nice. The winner is living a situation where that dream has become a reality for them, which is something only very few get to experience, so it's really fantastic.”