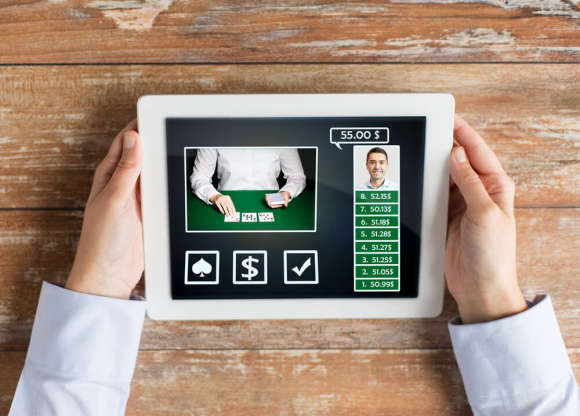 What Evolution Gaming Has in Store For Canadian Gamers

What Evolution Gaming Has in Store For Canadian Gamers

Four years after Evolution Gaming first came to Canada, the live dealer online casino specialists are positioning themselves to offer Canadians more as they prepare for online gaming to take off massively in the country.

Evolution Gaming announced their entry into Canada with a partnership with the British Columbia Lottery Corporation (BCLC) in 2017.

Due to limited online casino offerings in Canada, players often resorted to offshore facilities to get the thrill they desired. However, Canadian provinces are desperate to keep gambling money within the country’s borders.

On the other hand, due to the closure of land-based casinos, players missed the thrill of having live croupiers for example.

The company says its Evolution Live Blackjack is the fastest, slickest, richest-featured online Blackjack game available anywhere. Everything is optimised perfectly for the best possible playing experience on desktop, tablet and smartphone – and on the largest selection of live tables or at dedicated tables created exclusively for any operator.

Evolution Gaming offers numerous Blackjack variants to meet the needs of both experienced and new players. Providing even further choice and variety are unique new takes on Blackjack, such as the super-fast Speed Blackjack, as well as our Infinite Blackjack games. Most Blackjack tables are based on the regular seven-seat Blackjack with the option to Bet Behind, while all the games in the Infinite family offer unlimited seats at the table.

On its website, Evolution Gaming says it offers a unique craps game that is set in a beautiful underground speakeasy themed studio. The game itself is described as a lively and fast-paced game with many ways to bet and even more ways to win.

Evolution Gaming also offers live roulette, live baccarat, super sic bo and dragon tiger and live poker among a host of other games. These games are offered across all online platforms such as mobile, tablet and desktop.

According to Blog.ca, Evolution Gaming’s products make the online experience akin to a live one. Just think of Royal Panda, LeoVegas, BetVictor, ComeOn!, and Genting Casino. Things were a bit different in 2007, but Evolution Gaming quickly made its mark in the live dealer niche before video streaming and a high internet speed.

In a nutshell, Evolution Gaming provides a highly interactive gaming experience, where croupiers for example can talk with players while the players can also respond via chat.

Loto-Quebec, for example, has started using actual croupiers for their live online game selection. Evolution Gaming employees deal cards from Latvia and Georgia, with Loto-Quebec hoping that this will certainly improve the overall experience.

Already, Evolution Gaming has built a live casino studio in Vancouver in partnership with the British Columbia Lottery Corporation’s online gambling site PlayNow.com. This was the first site outside Europe.

So what Evolution Gaming is offering is improved player experiences.

With its growth across Europe and North America, Evolution Gaming has since positioned itself as the “go-to” live casino provider for Europe and the fast-growing U.S. and Asian markets.

Evolution Gaming was founded in 2006 and has been consolidating its position as one of the leading online games suppliers. In 2012, Evolution Games launched mobile games and acquired a license from the Malta Gaming Authority (MGA).

In 2021, Evolution Gaming acquired RNG casino tech provider NetEnt, a move that was described as a game-changer. The acquisition of NetEnt made it possible for Evolution to add a second vertical to the Live Casino offering. Adding new brands to Evolution’s games portfolio makes the company even more well-placed for its long term ambitions as becoming the leader in the online casino industry.