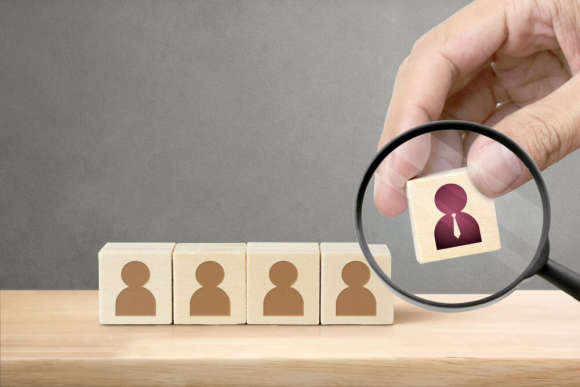 NorthStar Gaming has appointed former CEO and chairman Micheal Moskowitz as its founding partner and CEO. Moskowitz will be in charge of ensuring that Northstar is well-positioned for the burgeoning sports betting market in Ontario. Moskowitz will supervise the debut of its casino and sportsbook, which is anticipated to launch before the end of this year.

Before he was appointed Northstar CEO, Moskowitz had held various high-level C-suite positions in some of the biggest tech companies in the world. The most notable role he has had so far was as CEO and chairman of Panasonic North America. During his time at Panasonic, Moskowitz led Panasonic’s business and growth strategy where he oversaw the integration of technology solutions across different agencies and businesses across North America.

Throughout his career, Moskowitz has also been in charge of developing and positioning various businesses in Canada and the US such as XM Canada and Palm in the Americas International, which is why he is the perfect man for NorthStar Gaming’s iGaming product in Ontario. Moskowitz’s years of experience as well as his leadership is exactly what the new brand will need as it looks to position itself as the online casino of choice for punters in Ontario.

To advertise its new sportsbook, NorthStar Gaming will work closely with Torstar Corporation, which is a veteran agency that has been operating in the region since 1892. Torstar has built a name for itself for using data-led media solutions, online sports websites, and news platforms, which are all components that will enhance NorthStar’s offering in Canada’s regulated iGaming market. NorthStar itself is a brand that has extensive experience as a news organization, which will no doubt help the brand in its communication and PR activities.

Over the last few months, Ontario has been working hard to create a regulated, safe but competitive online gaming market that is not only designed to give punters more variety than ever before, but also provide punters with the safety needed for them to enjoy their favorite pastime. It has been almost 2 months since parliament lifted the prohibition on single-event sports betting but Ontario’s market is thriving.

Since single event betting went live on August 27th, and in its first week, The Ontario Lottery and Gaming Corporation or OLG reported that it had handled an excess of C$1 million in its first week of legal single-event sports wagering in the province. The majority of the bets placed on Ontario’s online sports betting website, Proline, were single event bets, which just goes to prove the high demand in the province.

Even though Canadians have been betting on sports for years, they have only ever been allowed to wager on parlay bets. However, numerous punters have been unsatisfied for years by the limited choices available in the market, which caused them to turn to illegal offshore and gray online casinos. As a result, the government estimates that it had been losing millions to these offshore sites, a situation that online casinos are hoping to rectify.

According to reports from the government, Ontarians spend more than $1 billion yearly on online betting with approximately 70% of single event betting taking place in grey markets. These illegal betting sites hardly ever provide their players with protection or responsible gaming tools to keep them from overspending or developing gambling addictions.

The debut of single event betting is exactly what Ontario needed to prepare for the iGaming market, which will consist of various well-known private operators. IGaming Ontario, which is a brand new subsidiary of the AGCO or the Alcohol and Gaming Commission of Ontario, was created to oversee the new iGaming market and will be responsible for making sure that Ontario emerges as a leader in North American online gaming.

IGaming Ontario will also be in charge of overseeing all measures put in place to protect gamblers. Now that the iGaming market is launching soon, punters in the province will have even more choice than they ever envisioned. Although iGaming Ontario will be responsible for the new online casino, OLG will still continue to operate and manage its own separate products and services, this giving punters an even wider selection to choose from.

This new iGaming market is important not just for the sake of advancing the iGaming market, but it will also be instrumental in creating new opportunities for Ontario’s struggling business community, which like many business communities is still grappling with the impact of the ongoing pandemic. The new iGaming market will also be imperative for generating much-needed revenue for the province, which can then invest the funds to support local businesses, people, and families while improving various public services.

Ontario has already opened up the market to private operators.

According to analysts, Canada could grow into a $2 billion sports betting market and Ontario will likely enjoy the most success due to its highly engaged sports-oriented population. At present, online wagering is a monopoly that is under the control of the various provinces. However, the legalization of Bill c-218 has changed all that for the better. So much so that Ontario has already invited applications from various private online casino operators that wish to reap the benefits of joining the flourishing market.

It is not exactly clear which companies will want to join the market. However, huge operators like DraftKings, Scientific Games, Bragg Gaming Group, as well as MGM Resorts are all examples of established operators that are expected to show some interest. Ontario’s iGaming market could spur other provinces to take action and follow suit, which will provide even larger opportunities to these companies to expand their services all over the country. Indeed, the Canadian Federal government has already proposed that there be nationwide legalization of iGaming, which will signal even more growth and development in the country.