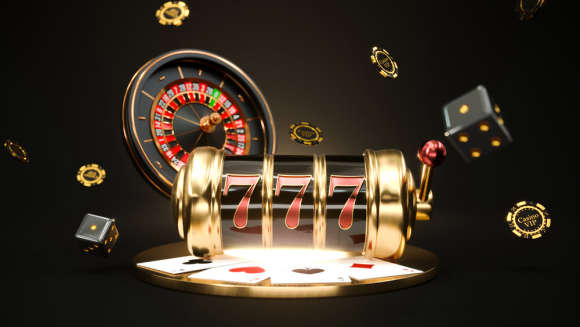 Twitch has been an extremely popular platform for gamers and viewers to stream and watch the games that they play. At any time of the day, people can just access the platform to look for any games they can think of, and there is likely someone playing that game live.

Some of the games that are most popularly streamed on Twitch are League of Legends, Fortnite, Grand Theft Auto V, Call of Duty, DOTA 2, and many more. However, there is a new gaming category that is making quite a noise in the platform and it is real money gaming or gambling.

More and more people are starting to stream the games that they play on Online Casinos in the USA. So far, doing this is allowed on the platform and some people are saying that Twitch should do something about it.

One streamer named Matthew “Mizkif” Rinaudo has recently revealed how big money is involved in streaming casino games. Mizkif said that one company offered him 35,000 USD an hour to stream while playing on their website.

There was also proof that Ross and other popular casino game streamers would be offered as much as 1.6 million USD a month to play on their website. However, this particular offer was turned down by Ross because he got an even better offer from another company that includes referral code money and paid expenses. With all the

A recent study on the slot category on Twitch revealed that in June, the peak monthly viewership for online slots reached over 220,000. It was also stated that slots were the 14th most-watched category in that month. Over 6,200 channels streamed playing slots and almost 120,000 hours slots streams were streamed on Twitch in June.

What Other Streamers Are Saying About Gambling Streams

Popular Twitch streamers are also learning how gambling is becoming popular on the platform. Some think this is fine but others are concerned about this. World of Warcraft streamer Asmongold tweeted about his thoughts on the matter and said, “Twitch needs to ban gambling streams full stop.

“The amount of bullshit and pitfalls this is going to create in the next 6 months will fuck the website in so many ways we don’t even realize yet. Just looking at EU gambling laws, anyone could see this will not end well.”

While this is the sentiment of the said streamer, some are not against the said streams. One of them is Ludwig Ahgren who is known for having streamed 30 days straight this year. According to him, sponsored poker streams only really become a problem if it is perceived by viewers that the streamer is gambling their own money. According to him, these streamers are gambling money that they were paid for instead. To many, playing and streaming while playing at USA Online Casinos that pay well is just worth it.

Imane “Pokimane” Anys then also talked about the gambling stream situation on her live stream. She said, “Let’s be honest: If you’re getting an offer from a casino sponsorship, you’re already a multi-millionaire.

“You need to be a multi-multi-millionaire? I feel like once you get to a certain point of wealth, you have so many options available to you to generate more income. Like, you are so insanely privileged. Even just investing properly.

“Not even looking at what you’re investing in and putting it in a random vanguard-whatever fund and letting it sit—you’re making free money. I feel like it would be a good idea for people to sit down at that point and be like, ‘What am I OK with doing? What is ethically or morally maybe just not worth it?’”

She also asked popular slots streamer Niknam to at least acknowledge that gambling comes with many downsides. However, in May, Niknam told his viewers that they shouldn’t be gambling at all as it is very bad.