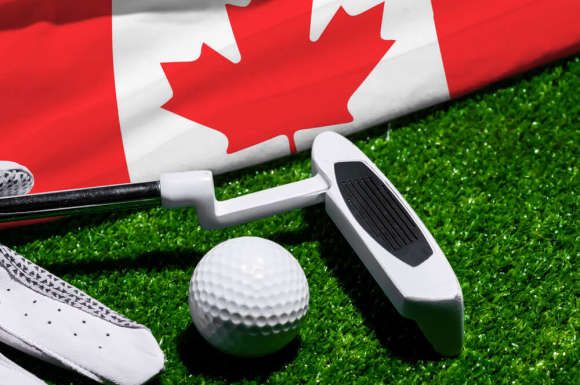 Score Media and Gaming, which controls theScoreBet has entered into an agreement with Golf Canada as the official Gaming partner of Golf Canada. This is the first partnership of its kind that Golf Canada and the respected National Open Golf Championships have forged with a sports betting company.

As a result of this deal, theScore Bet is now the gaming partner for 2 national tournaments, namely the CP Women’s Open, as well as the RBC Canadian Open. This partnership will start in the coming year 2022 and will provide theScore with access to the lucrative world of golf betting. As the exclusive partner of the Golf Championships, theScore is tasked with engaging golf fans and lovers of sports betting in general.

TheScore will also organize exclusive events for its members aimed at engaging them during on-site activations. This partnership could not have come at a better time as Bill c-218 has officially been accepted as law thus paving the way for single event gaming in the country. This means that theScore will allow sports betting fans to take place single bets on both the CP Women’s Open, as well as the RBC Canadian Open, to be held in Ontario in 2022.

The RBC Canadian Open, on the other hand, is expected to take place between 2023 and 2024 in the Greater Toronto area. As Golf Canada’s first official Gaming partner, theScore will look to generate as much awareness as it can for its brand. Through this landmark partnership, theScore has a wonderful opportunity to create lasting connections with devout golf fans.

Since the RBC Canadian Open will be held in Ontario for the next 3 years, this is a real opportunity for attracting as many sports lovers as possible to theScore’s brand. The upcoming CP Women’s Open in the province will be a great start for establishing a great foundation for future growth.

Over the last 2 years, theScore has undergone numerous changes that have led to its success. The Canadian sports betting operator has worked extremely hard to establish itself as a leading operator in the sports betting and public markets landscape in the United States. Meanwhile, the brand also has a strong presence in its home turf where it has a sports betting app as well as a successful TV network.

TheScore’s extensive experience in the American sports betting market will be instrumental in ensuring its success in the Canadian gambling market. At present, theScore is just as established as other well-known sports betting firms such as FanDuel and Barstool sports. In 2012, theScore sold off its TV network to concentrate on digital products as well as its mobile app and this move has paid off tremendously.

Thanks to this strategic move, theScore is not only listed on the Toronto Stock Exchange but also the NASDAQ under the ticker symbol SCR. Its IPO managed to raise an impressive $183.6 million which gave the brand a market capitalization of approximately $1.3 billion. As one of the most popular sports betting apps in the market, theScore’s app attracts heavy usage or more than 4 million monthly users, an amount that is expected to double as the brand takes full advantage of the burgeoning sports betting scene.

Today, theScore’s app, which was released in 2019 is available in at least 4 states with more to follow as the country continues to welcome more states into the sports betting market. TheScore is available in New Jersey, Colorado, Iowa, as well as Indiana through several multistate market access deals with local gaming companies such as Penn National Gaming.

Now that single event betting is part of the Canadian gambling experience, theScore will want to do everything possible to drum up as much support as it has received in the US. With this year’s NFL season in full swing, theScore has a large base of users not only in the States but also in their home turf, which is a sure recipe for explosive growth.

Part of the reason theScore has found such tremendous success is due to its technology partners. The brand’s sportsbook platform technology has been supplied by Bet.Works, which is one of the top sports betting and iGaming suppliers in the world. Bet.Works has been theScore’s partner since the 2 entities partnered up in 2018.

In August this year, Score Media made another strategic move when it chose to partner up with Penn National Gaming, which is also listed on the NASDAQ. Penn National acquired theScore for approximately $2.0 billion in cash and stock. This means that theScore is now uniquely positioned to serve sports betting customers with one of the most powerful sports wagering ecosystems.

This partnership between theScore and Penn National Gaming has effectively created the first vertically integrated media, as well as an omnichannel gambling experience that is the first product of its kind in the market. With this partnership in place, theScore will be able to ensure that its mark is left in the betting opportunity that’s growing in the brand’s home country.

TheScore has made a name for itself for supplying punters with one of the most immersive sports betting experiences including a broad array of pre-game, as well as in-play wagering across all major sports leagues and events. Further, because theScore already has a vibrant presence in the US, its ability to supply punters with a seamless cross-border experience will only work to its advantage.