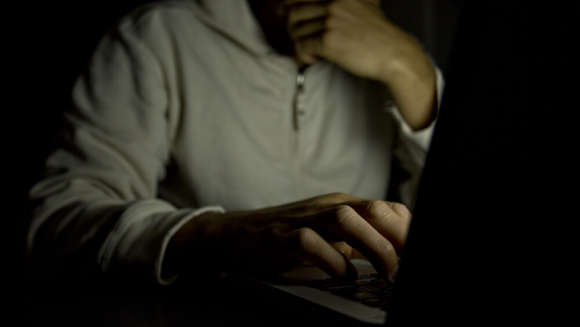 Online gambling has always been around. However, with the pandemic, concerns have been at an all-time high due to the large number of new punters that are signing up at some of Canada’s provincial casinos. This spike in the registration of first-time gamblers has caused concerned parties such as therapists and mental health experts to speak up for fear of increased problem gambling and gambling addiction.

In reality, though, the Canadian gambling market, the regulated one at least, is one of the safest in the world, and as the country prepares to welcome single-event sports betting as well as iGaming in the various provinces, the protections awarded to gamblers will be more heightened than they are now.

As things stand, punters in Canada can gamble, but with certain limits that were placed at the beginning of the pandemic. For instance, sports betting is allowed in British Columbia as regulated by the Gaming Control Act of 2012. However, only one online casino in BC PlayNow.com offers sports betting and the options are extremely limited.

Sports bettors in BC are only allowed to play 6 sports betting games that are heavily restricted in terms of the bet sizes that a punter can make at one time as well as time limits or how long one can stay on a website. Of course, those looking to circumvent these limits simply look for offshore betting sites that they can wager freely without worrying about any limits or restrictions.

Bill C-218, which seeks to decriminalize single-event sports betting has already been voted on and passed its 2nd reading at the House of Commons. If everything goes according to plan and the bill becomes constituted, it will give the provinces and territories the responsibility of regulating single events sports betting. This means that Canada will join other huge betting markets in North America, which is fast becoming one of the most lucrative betting markets in the world.

Known as the Safe and Regulated Sports Betting Act, Bill c-218 if legalized will repeal the Criminal Code which currently makes betting in single sporting events in the country illegal. Bill C-218 is nearing the last phases where it is undergoing amendments under the guidance of the Justice Committee. After this stage, the bill will then be sent to the Senate before finally making its way to the Governor-General for Royal Assent.

Despite pushback from earlier years, this year seems to be different as the bill received overwhelming support in the House of Commons. This just goes to prove that there is a demand for single-event sports wagers in the country both from the legislators and the punters themselves. Canada has tried twice before to unsuccessfully amend the sports betting law in the country but this is the most support it has ever received at both the federal and provincial levels.

This will be a positive move for the online gambling industry in the country. Currently, provinces all over the country are struggling to come up with funds to fill government coffers that have all been depleted owing to the pandemic. These provinces need the tax dollars that will be generated from single-event sports betting to go ahead with the recovery efforts.

The government estimates that it has been losing as much as $14 million to offshore betting sites that offer single-event sports betting. Most of these offshore betting sites consist of a mix of grey and black market sites. The grey sites offer some protection to gamblers but black online casinos are often marred with instances of unfairness and transparency issues that negatively affect players.

By legalizing single-event sports betting in the country, not only will the country ensure that much-needed tax dollars remain within Canada’s boundaries. But it will also ensure that Canadian punters are kept safe and protected from harm under the provincial administration’s keen and watchful eye. If legalized, Canada will want to ensure that it emulates other successful markets such as New Jersey that have established a vibrant sports betting environment that also keeps its players and customers safe.

When sports betting is legalized in Canada, will punters in the country be able to handle it?

The truth is that Canadians are already betting on single sporting events. As such, the best thing that the country can do is to regulate its industry. The more regulated and more mature the environment gets, the more mature the gambling community will be. Pretending as though Canadians do not wager online on single-sport events is only hurting the progress of the industry.

When single sports betting is legalized, it will indeed push individuals who have never thought about gambling to place wagers or purchase lottery tickets. A small percentage of these new gamblers might find it difficult to control their gambling urges. But evidence also suggests that a community that already has some form of gambling like Canada does, will find it much easier to adapt to the increased exposure of new betting sites and gambling advertisements.

Because sports betting and iGaming in Canada are looming and imminent, the most straightforward thing that authorities can do is spread more awareness. This awareness will help gamblers, old and new, to know what signs to look for so that they can look for assistance when they need it.

Betting is already ingrained in the Canadian culture, yet the criminal code has never stopped punters from gambling. If the country wants to keep its bettors safe and protected, then the most sensible thing that authorities can do is to regulate the already existing market to make it much safer for its customers.

While a spike in problem gamblers after single sports betting and iGaming have been legalized is still a major concern, there isn’t overwhelming evidence to support the fact that it will be a serious problem. Until the criminal code is amended though, all the industry can do is plan appropriately while dispelling any fears and concerns attached to problem gambling in the country.