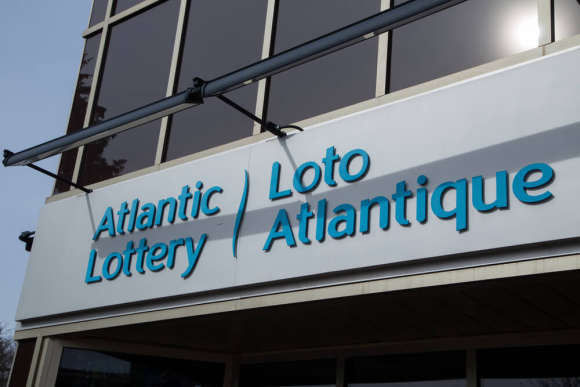 Scientific Games in partnership with the Atlantic Lottery is debuting a full-service lottery that will be the first of its kind in Canada. The full-service player technology will offer both instant games as well as lottery draws. The full-service self-service tech will feature Scientific’s PlayCentral technology, which is one of the best kiosks and terminal software management systems there is in the market.

As per the terms of this new partnership, Atlantic Lottery will have access to the technology for the next 5 years, which will allow the Lottery to grow its points of sale across its retailer network that is made up of more than 3,000 locations. The Atlantic Lottery controls an expansive retailer network situated all over including Newfoundland, New Brunswick, Nova Scotia, Labrador, as well as Prince Edward Island.

This partnership could not have come at a better time with the Atlantic Lottery still pursuing its quest to advance its digital merchandising while promoting its new app. The point here is to give customers a more enhanced cross-channel player experience that fits the modern digital times that we are living in today.

As such, The Atlantic Lottery has been investing heavily in technology that modernizes the player experience as the market becomes more and more competitive with the entry of single event betting. Modernized lottery terminals will not only offer customers a more enhanced experience but will also expand accessibility so that more customers can sign up.

Indeed, the Atlantic Lottery stands as one of the most innovative lotteries in the country so it makes absolute sense that it would modernize its products for a more enhanced cross-player experience. The Lottery is operated by the 4 Atlantic provincial governments and all the profits generated are channeled back to the provinces to fund essential community services such as education, healthcare, and infrastructure.

This relationship between the Atlantic Lottery and the Scientific Games has been ongoing since 2017. Since partnering up with Scientific, Atlantic Lottery’s sales have grown by more than 325%. The system which was first integrated in 2017 has proven to be extremely invaluable across all lottery and digital transactions and has allowed the Atlantic Lottery to own and operate one of the most successful digital instant lottery businesses in the world.

At the base of the Lottery’s operations is Scientific’s player account management platform that has given the Lottery’s customers more convenience, as well as an opportunity to experience cross-channel entertainment. Scientific Games has made a name for itself as the biggest global supplier of lottery systems technology not just in North America but in Europe as well. So much so that Scientific now operates more than 70% of retail sales of lottery systems in the world.

Scientific Games is busy with series of acquisitions

Scientific Games has been on a winning streak all year long. As a business, Scientific has been able to expand its services thanks to strategic mergers and acquisitions whilst also investing heavily in cutting-edge technology solutions that meet the customers' ever-evolving demands and needs.

Just recently, Scientific Games in conjunction with Betsson launched its OpenSports platform in Colombia. OpenSports is one of the gaming industry’s most distinguished content aggregation platforms that offers a premium experience to players. Scientific Gaming has always had its sights firmly set on building a strong presence across Latin America and this partnership with Betsson allows it to do just that.

Over the last few years, Scientific Games and its digital branch have been working hard to transform its OpenSports technology as a means of meeting the demands of some of the world’s biggest operators. OpenSports is a full suite of sportsbook products and services that handles everything including the accounting platform, the wagering engine, the trading and risk management as well as the custom front end.

Examples of well-known sportsbooks that utilize Scientific’s OpenSports technology include Flutter Entertainment’s FanDuel, Sky Bet, Betfair, as well as Paddy Power and Sportbet based in Australia. So far, FanDuel has gone live with OpenSports in at least 4 states and plans to bring the total number of states to 10 before the year comes to a close.

Earlier in the year, Scientific also acquired Betbuilder innovator SportCast. SportCast is one of the most sought-after player engagement technology suppliers available offering a series of engagement tools like Betbuilder that allows punters to bet on multiple markets within the same game. Betbuilder has been around since 2017 and has advanced single game multiples in the betting market in North America.

Because of all these mergers and acquisitions, Scientific has reported a revenue bump of $880m during the first half of 2021, a revenue rise of about 63% compared to the same period last year, which only managed to generate $539m. Of the $880 million generated, $367m was acquired from gaming while $266m was generated from lottery offerings. The remaining $247m was acquired from the group’s digital games developer known as SciPlay.

Scientific Games has done an excellent job trying to optimize its portfolio and strengthen its products and services so that operators like the Atlantic Lottery can keep making their customers happy. As Scientific continues to accelerate its path to become the global leader of content provision to both land-based and digital markets, the company will position itself to define the future of the gaming industry in the world.