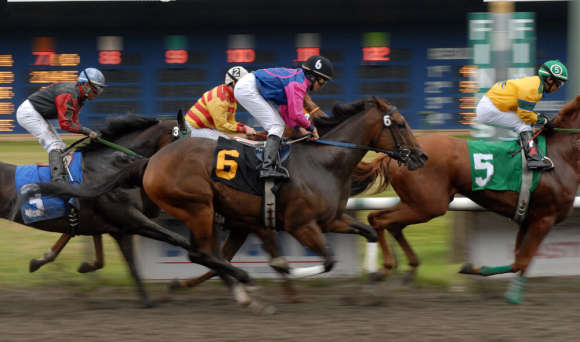 Scientific Games Corporation, which enjoys one of the most loyal customer bases in North America, is now offering singles wagering in Canada. Scientific Games went live with its single betting product on August 27th, which is the same day that regulated single event betting was introduced in the Canadian sports betting market for the first time.

Scientific Games will utilize its award-winning OpenSports product to power sportsbooks of several local sports betting entities. In particular, the OpenSports product is being utilized by the British Columbia Lottery Corporation (BCLC), the Atlantic Lottery Corporation, as well as Loto-Quebec. Partnering up with these local operators has created the perfect opportunity for the brand to aid the expansion of single betting in Canada.

Before singles wagering was allowed in Canada, punters in the country could only place parlay wagers. But now that single betting is officially allowed by law, the provinces are expected to make even more similar partnerships in the coming months. The introduction of singles betting in Canada will be instrumental in keeping the local punters safe and protected while preventing much-needed tax dollars from being sent to offshore and gray betting sites.

It is also worth noting that Scientific Games and Atlantic Lottery recently debuted their first full-service player self-service technology in the country for both instant, as well as lotto games. The Atlantic Lottery will integrate Scientific’s highly reviewed PlayCentral HD kiosks and terminal software to manage the entire system.

The Atlantic Lottery has a 5-year contract with Scientific Games. As a result of this multi-year partnership, the Atlantic Lottery will soon be able to expand its lottery networks of 3000 retailers far and wide to various provinces including Newfoundland and Labrador, Prince Edward Island, Nova Scotia, and New Brunswick.

This retail network has proven extremely useful to the Atlantic Lottery as iLottery continues to gain popularity all over the globe. As a result of Scientific’s Playcentral technology, the Atlantic Lottery has made a major step to modernize its system in an effort to acquire more customers and stand out as the operator of choice. The Lottery is not just an excellent way for the Atlantic Lottery to bump up revenue for the provinces, but the app will present the brand with an opportunity to create more cross-channel punter experiences.

Apart from growing its presence in Canada and North America, Scientific Games is also doing everything it can to spread awareness of its brands in other parts of the world. For instance, just recently at the beginning of September, Scientific inked a deal with Azerlotereya that will see the brand support the national lottery and sports betting growth in Azerbaijan, a country located in Southwestern Asia.

This partnership expands on Scientific’s already existing partnership with Demirören, which is currently in charge of the national lottery titled Azerlotereya. As part of this partnership, Scientific Games will supply the Azerbaijan company with exclusive retail and digital instant gaming. Scientific’s omnichannel bet management system will also be utilized to power the growing iLottery system in the country.

The omnichannel management system is the same one that is commonly used for other iLottery and sports betting products across the globe. At present, Scientific Games supplies games, software, and tech, as well as sports betting services to more than 150 lotteries in over 50 countries across the world.

In another continent in Colombia, Scientific Games launched its OpenGaming ecosystem for the first time to punters thanks to its deal with the Betsson Group. Last year, the Betsson Group was acquired partly by Colbet, which is one of the first operators to receive a license to operate in the Colombian market.

Owing to this partnership, Colbet customers will now be able to access Scientific Game content, which is now more varied than ever thanks to its deal with Lightning Box. Earlier this year, Scientific Games made a bold move and acquired Lightning Box, which solidified its quest to become the leading cross-platform gaming company.