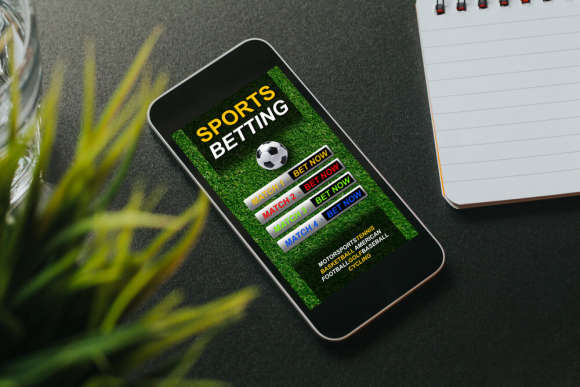 Canadian bettors have been asking for single-game sports betting to be approved for a while now and it looks like they may be getting their way very soon. Currently, single events betting is outlawed under the Criminal Code. However, a private member’s bill that’s going to change the face of sports betting in the country as we know it has successfully passed its second reading in the House of Commons.

In a rare show of unity, the bill which was sponsored by Kevin Waugh, C on- Saskatoon-Grasswood MP, based 303-15 in the House of Commons thus setting the wheels in motion to legalized single-game sports wagering for Sask residents and any other province that jumps on this bandwagon.

It is believed that moving forward, the bill should continue receiving favorable support until it is eventually ratified into law. According to the Canadian Gaming Association, the country has been losing as much as an estimated $14 billion of online wagers that could have been used by the various Canadian provinces to serve their people during a tough economic period.

State reserves have been dwindling to dangerously low levels and if the provinces do not find a revenue source fast; everyone could be in more trouble. The funds acquired from legal single event game betting will go a long way in helping the provinces to recover and repair the sports culture that has been so badly impacted by the pandemic.

Even though there are factions of individuals and parties that are concerned about problem gambling intensifying in the wake of a legal single event betting market, a portion of the funds will also be used for problem gambling. Legalizing single event wagering will also increase Canadians’ appetites for betting at home so that the funds can stay in the country.

The CGA estimates that punters in the country only spend approximately $500 million every year on provincial sports wagering, and it is easy to see why. Most of these provincial online casinos have limits as to how much bettors can wager on daily.

Further still, they are forced to wager through the outdated parlay system of betting that doesn’t offer as much variety, bonuses, and odds as single-game betting does. That’s why many modern punters would much rather turn to the available offshore and unlicensed betting sites.

Bill C-218 is changing to change all that

Bill c-218 is looking to have single-event sports betting decriminalized so that Canadian bettors can start wagering on their favorite single events. Bill C-218, also known as the Safe and Regulated Sports Betting Act, was introduced last year. However, a great deal of progress has been made so far.

If the legislators can pass the Safe and Regulated Sports Betting Act through the Senate before the end of May, bettors in the country could start wagering on the CFL as soon as it kicks off. As many already know, the CFL has been unable to play ever since news of the pandemic broke and live sports became suspended.

In the past, attempts have been made several times to amend the sports betting law in the country but no attempts have ever gotten this far. The last attempt to legalize the Criminal Code as it relates to single event betting occurred in 2012 when an NDP passed forward a bull to the House. This bill didn’t make it as it eventually stalled out in the Senate stages.

The biggest difference between the most recent attempts and the last one is approval and support from professional sports leagues. At the time, the leagues were very opposed to the legalization of single event gaming because of concerns over match-fixing. Particularly, the Toronto Blue Jays and their president Paul Beeston presented a report on the dangers of regulated sports betting and this effectively hampered legalization efforts.

However, opinions seem to have changed since then perhaps inspired by the remarkable level of success that America has experienced ever since it legalized sports betting in 2018. Today, the sports betting market in America has grown by leaps and bounds to reach an estimated In 2021, sports betting revenue is forecast to reach 2.5 billion U.S. dollars.

Analysts predict that by 2025, this figure will have grown to 8 billion U.S. dollars. When the American industry started in 2018, the only other state allowed to offer legal sports betting was Nevada. New Jersey, which is the state that pioneered the legalization process, has since overshadowed Nevada and is now one of the most lucrative markets in the world.

If Canadian provinces want to stop watching idly as various North American states continue dominating the global market, then the legalization of single-game sports wagering must become a priority. So far, the start has been positive but legislators should maintain the momentum that they have already established early on in the year to avoid stalling later on.

There are a few more hurdles left before the bill can proceed to the senate. If everything goes as planned and the bill continues receiving the raving support it has so far received, it shouldn’t have any problems making its way to the desk of the Governor-General for Royal Assent. Once this step is complete, each of the various provinces will now be able to regulate single event sports gambling as they deem fit.

Legalizing the industry will help to keep much-needed tax dollars at home. If some of the provinces want, they can also invite independent 3rd party casino operators such as Bet365, FanDuel, and DraftKings to offer a more diversified product to its bettors.

Ultimately, giving Canadian punters as much variety as possible is what will help to keep those tax dollars here at home and not to those unlicensed, offshore betting sites many of which remain very unsafe for punters.