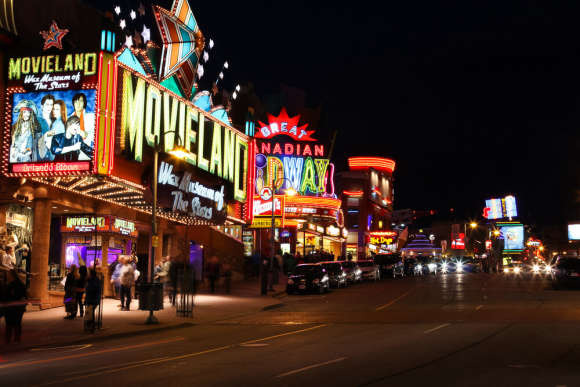 Rush Street recently debuted its online social casino in Ontario before the launch of the province’s brand new iGaming market, which is expected to debut before the end of the year. Unlike other brands that are choosing to debut their real money online gambling, Rush Street has opted to go in a different direction with its free-to-play social sportsbook and social casino product known as CASINO4FUN.

The free-to-play online casino and sportsbook will be available to all players aged 19 and up on BetRivers.net across all devices. Even though this online platform will be free to play, Rush Street has worked hard to make sure that the social casino offers punters the same caliber and quality of entertainment that the brand’s real money gambling casinos have become known for.

This free-to-play social casino will allow Rush Street to grow its customer base before it finally launches its real-money gambling product. Rush Street's real money gaming platform consists of more than 350 slot and table game products that are characterized by great bonuses and impressive loyalty features. With the debut of this social casino, Rush Street is now available in 3 countries.

The brand plans to avail its products and services using the same technology that powers its products in the US and Latin America. The social casino features many of the great features and services available on BetRivers- only that they will be casual and offered in a free-to-play setting. RSI is using CASINO4FUN to build its presence in the country as well as its player database in anticipation of its real-money product.

Ontario is expected to be one of the biggest iGaming markets in North America so many American and European sports betting operators are planting flags early to generate awareness in the burgeoning market. This attractive sports betting market is expected to be as competitive as the US if not more. That’s why household names in the gambling industry such as BetMGM, DraftKings, and FanDuel are gearing up to establish bases and partnerships.

The brands that have already made an effort to establish their presence in the market, namely BetRivers, BetMGm, and PointsBet, now stand a better chance of success. As far as sports betting is concerned, Rush Street is already a step ahead of the rest. Indeed, the brand has already posted several odds on some of the most popular Beijing Winter Olympic Games that are coming up in 2022.

Once official, Ontario will be looking to replicate the same results as its neighbors across the pond. As of September, 3 states in the US, namely Michigan, Pennsylvania, and the Garden State, had generated at least $97 million in gross gaming revenue from iGaming. The Alcohol and Gaming Commission of Ontario opened applications for prospective operators through its online portal.

AGCO will be in charge of regulating the industry while iGaming Ontario, which is a subsidiary that was formed, will be in charge of all things iGaming in the province. Currently, the only platform that’s allowed to offer online gaming in the province is OLG. OLG offers various types of casino games including blackjack, slots, and other table games. As such, once the market is opened up, all new entrants including Rush Street will be competing with the OLG.

Once Ontario opens up its iGaming market, it could spur other provinces into action, which will create even more growth opportunities for operators like Rush Street to gain first-mover benefits in the thriving market. Once these brands have established firm roots in Ontario, it will be so much easier for them to expand their footprint into other provinces once these new markets open up in the future. The Federal government has already suggested nationwide legalization of single event betting, which proves that there is a demand for iGaming in the country.

At the end of October, Rush Street expanded its presence in the US by going live in the largest state in the West, Arizona. As a result, the brand is now available to sports bettors in 9 American states, 6 of which have partnered up with various professional sports leagues, venues, as well as with 3 various Indian casinos. Rush Street will operate through its BetRivers banner and has collaborated with the Arizona Rattlers of the Football League to expand its reach and exposure.

Rush Street is the 2nd sportsbook operator to debut its sports betting product in the state. The other online casinos allowed to launch by the Arizona Department of Gaming include Barstool via Phoenix Raceway, WynnBet via San Carlos Apache, Caesars via Chase Field, DraftKings through its partnership with TPC Scottsdale, BetMGM via State Farm Stadium, FanDuel via Footprint Center, as well as Unibet with Quechan Tribe.

Just recently, Rush Street also debut RushArena, which is a multiplayer tournament engine that allows punters to go head to head. This new engine is unique as it will allow punters to compete on their time rather than starting at the same time, which is what the platform’s other engine RushRace does.

Rush Street has always offered punters an array of options and this new social casino for punters in Canada is no different. Enhancing the experience that punters have on their platforms has always been a top strategy for RSI, which is why the platform has managed to attain success in all the jurisdictions in which it operates. Since it was founded in 2012 by gaming veterans in Chicago, RSI has continued to grow. So much so that it walked away with several awards during this year’s EGR North America Awards.