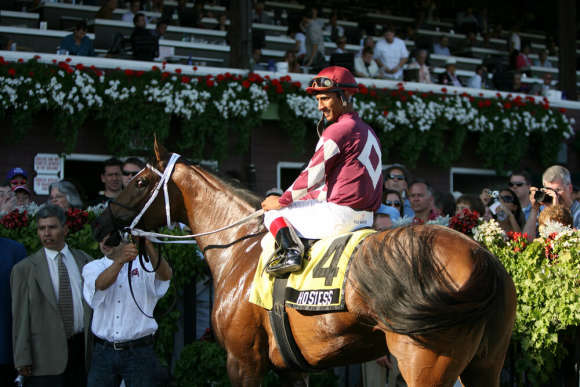 Relief for Horse Racing as Bill C-218 is Amended

Relief for Horse Racing as Bill C-218 is Amended

While there has almost been unanimous support for the legalization of single event sports betting, Canada’s horse racing industry worried about the ramifications of this legal change and sought some protections from the House of Commons.

The horse racing industry, which in principle supports the legalization of single event sports betting, feared that in its current state Bill C-218, which seeks to legalize the practise, was likely to reduce horse racing's share of Canada’s gambling market.

It was reported that in its previous form, Bill C-218 would have completely overhauled the horse racing system in Canada. If the bill becomes law, legal sportsbooks will not be able to offer single-event horse race betting. The Canadian Pari-Mutuel Agency (CPMA) would remain in charge of the regulation of the horse racing sector in the country.

Vance Badawey, an MP who supported the amendment to Bill C-218 said: “The horse racing industry’s primary source of revenue is wagering through the pari-mutuel system of betting. We must move to protect this revenue stream for the benefit of approximately 50,000 jobs across Canada.”

Jim Lawson, CEO of Woodbine Entertainment, Jim Lawson, described the changes in the proposed law, as “great news for the horse racing industry and the tens of thousands of jobs it supports across Canada.”

“On behalf of the industry, thank you to the Standing Committee for listening to our perspective and recognising the need to protect horse racing from unintended consequences caused by the legalisation of sports betting,” Lawson said.

theScore CEO John Levy, a big proponent of the bill, tweeted that: “Bill C-218 has been unanimously approved by the House of Commons Committee [with] an important amendment protecting horse racing. Strong momentum continues for regulated sports betting in Canada. Now, back to the House for 3rd reading. We urge Parliament to pass this bill quickly.”

The horse racing industry was worried that Bill C-218 would allow for an influx of foreign companies and leagues entering the Canadian wagering market, which would translate to severe competition leading to a shrinkage of horse racing’s market share over time.

“Horse-racing wagerers that would access fixed-odds betting will move away from the Canadian parimutuel pools. This will dramatically cannibalise the Canadian horse racing industry’s market share, and these operators would earn their revenue without contributing to the substantial cost of producing our content,” said Lawson, when the industry lobbied the House of Commons.

Following the committee stage, Bill C-218 now heads for a third reading stage, where MPs may suggest further amendments. From there, the bill will go to the Senate and if successful it will go to the Governor-General for Royal Assent.

“As the legislation process continues, our industry will remain active to ensure the protections remain in the Bill through the Senate process. We also recognize that with this potential emergence of sports betting in the near future, our industry will face increased competition in the legal wagering market and must pursue additional sources of revenue to further protect our industry,” said Lawson.

While there is expectation that the bill could sail through, there are fears that when Canadian MPs reconvene after the Easter break, Prime Minister Justin Trudeau could dissolve Parliament in spring and call for elections in June.

“If that were to happen, the bill’s dead. We would start all over again, and this bill would not come forward until at the very earliest 2022,” Kevin Waugh, the MP who sponsored Bill C-218, said.