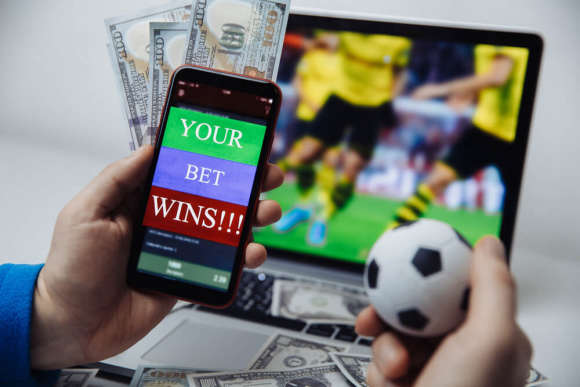 Proponents of regulated online gambling believe Canada is losing out to offshore betting sites and legalization will ensure money is retained within the country, driving economic activity.

Other benefits that can be derived from legalizing single-event sports betting and the ending of provincial governments’ monopoly in igaming are that these could drive mergers and acquisitions and inspire deal-making, which could be to the benefit of an economy that was dealt a massive blow by the COVID-19 pandemic.

“With both increasing competition and regulatory demands in recent years, mega-mergers have already become more and more common. In recent months alone, we have had various stages of confirmation on deals between Flutter Entertainment and The Stars Group, Caesars Entertainment and Eldorado Resorts (and William Hill), and Evolution and NetEnt,” Tim Poole predicted.

Cameron MacDonald and Galen Flaherty, lawyers at Borden Ladner Gervais say, legalizing single-event sports betting is already starting to have an impact on M&A and deal activity in both Canada and the United States.

For example, in September 2020, electronic payment processing company Nuvei Corp. closed the Toronto Stock Exchange’s largest tech IPO ever, raising $805 million in gross proceeds. Last December, Score Media and Gaming Inc. closed a bought-deal offering for gross proceeds of $40 million. Net proceeds are to be used, in part, to grow and expand theScore’s sports betting application’s operations in both the U.S. and Canada.

In the U.S., Boston-based DraftKings, a daily fantasy sports company, completed a US$3.3 billion reverse merger in April 2020 with a special purpose acquisition company to bring the company public and began trading on the NASDAQ, it was reported.

Companies such as the Bragg Gaming Group are positioning themselves as the online gambling market continues to expand, a statement said. As more mergers and acquisitions appear on the horizon, interest in the online gaming industry looks set to continue growing.

Smaller companies getting in on the action

While M&A activity is seen as beneficial for big players who are seeking to consolidate their positions ahead of the expected changes in Canada’s laws, smaller companies may benefit as well.

A number of land-based casinos and iGaming platforms may find life difficult in a post COVID-19 world. In 2020 many such companies had their revenues wiped out, while in the post COVID-19 world they may be facing competition from larger brands that are seeking to muscle in and benefit from the ongoing changes in Canada.

“The only way for smaller operators to continue to survive in the ever-competitive gambling industry is to innovate and create brand loyalty or to sell-out to the bigger gaming houses. One of the best ways to innovate is to use gaming technology to stand out from the competition. This is not going to be easy to do as top quality gaming software does involve big budgets. Players from all over the world want the very best in gaming software, user technology and customer engagement programs to stay loyal to the brand,” the TMCnet website reported.

Ontario, Canada’s biggest province, has said it wants to end the provincial monopoly’s igaming monopoly and open up the industry to private players.

A number of companies are already eyeing Ontario’s igaming industry such as theScore and the Bragg Gaming Group.

Others that are interested in the Ontario igaming industry are Scientific Games Corp., a major provider of digital betting services and physical gambling machines, which is already well involved with the Canadian gambling market and sports betting site DraftKings Inc. BetMGM CEO Adam Greenblatt recently said the company is "paying close attention to Canada, as Ontario is in the process of legalizing sports betting."

The Liberal government has also proposed its own law to legalize single-event sports gambling, but the authorities have been accused of stalling the progress of the bill. The forced closure of land-based casinos and the need to make revenue from the gaming industry may have driven the government’s rethink.

“The reality is, at the end of the day, governments know that billions of dollars are being spent by Canadians now to offshore companies engaging in the gray market. So, having it (single event sports betting) legalized means not only are there revenue opportunities that can go into government coffers, but it also gives governments a chance to regulate the industry and make sure that consumers are protected,” Flaherty said.