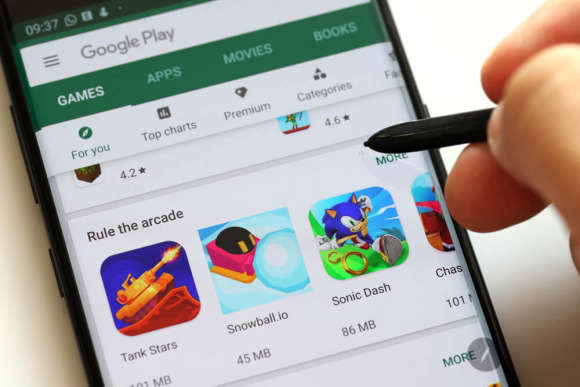 Real Luck Group Ltd, a provider of legal, real money esports betting, has welcomed the news that gambling apps are now available for download in the Google Play Store in 15 more countries, describing this as a real boost for the iGaming sector.

Beginning March 1, Google updated its policies to allow real-money gambling apps on its Play Store function in 15 more countries including the U.S. and Canada. The other countries are Australia, Belgium, Colombia, Denmark, Finland, Germany, Japan, Mexico, New Zealand, Norway, Romania, Spain, and Sweden. Prior to the policy change, real-money gambling apps were only available in Brazil, France, Ireland, and the United Kingdom.

"Google's addition of 15 nations that can now download gambling apps is a significant boost for the iGaming sector. As an operator offering wagering on esports and sports via our Luckbox platform, this is a positive catalyst for the mobile betting sector, as it facilitates further player uptake in a responsible manner and signals the widening global acceptance of gaming," Quentin Martin, Real Luck Group Ltd. CEO, said in a press release.

Real Luck Group, which trades as Luckbox, runs a fully licensed global sports and esports betting platform that allows players to bet on nearly any major event anywhere in the world pre-game and mid-match. The company’s star has been on the rise lately with the growth of online gaming. With the change in policy from Google, Luckbox’s stock is likely to keep rising.

As a leading player in the digital betting space, Luckbox stands to benefit significantly from  Google’s decision to allow betting apps on the Google Play Store. Google Play represents one of the largest user bases in the mobile space, and by giving betting companies access to that space, Google could be creating a major growth catalyst for the industry, Microsmallcap.com said.

With the new arrangement, Luckbox is adding more than over 105 traditional sports, with 85,000 pre-match events, 70,000 live events, and 450 types of bets, available each month. Sports fans will also be able to enjoy features like bet builder and cash out.

Google’s change of policy presents a real opportunity for iGaming companies, with Microsmallcap.com saying companies like Real Luck Group Ltd FansUnite Entertainment, Score Media and Gaming and Zynga Inc. finding themselves in a new world for the industry with new opportunities opening up seemingly every month.

What this means for Canadian players

Canada stands to gain quite a lot from Google’s change in policies. At the tailend of 2020, the federal government changed its stance on single event sports gaming, with a law to legalize the practise in the works.

In fact there are two laws, although they are quite similar, before lawmakers that seek to legalize single event sports gaming. The two bills are Bill C-13 -- sponsored by the federal government -- and Bill 218, a private member’s bill.

In response to the progression of the two bills, Real Luck Group’s CEO, Martin, said: "As a fully licensed and responsible betting company, we strongly support the bill and would echo the AGLC's (Alberta Gaming, Liquor and Cannabis Commission) sentiments that this would give esports and gaming fans in Canada the option to bet on their favourite events in a safe and regulated environment. We know that there is a significant market for esports in Canada and we believe many fans would like to bet on matches. Legalization, regulation and working with responsible operators is, in our view, the best means to keep fans safe and offer them the best possible experience. We will be following the outcome of Bill C-13 very closely during what are exciting times for fans of esports, sports and the iGaming industry in Canada and the U.S."

On the other hand, the Ontario provincial government is working on legislation that will end the government’s online gaming monopoly. Other provinces are expected to follow Ontario’s lead. With these developments, legal online gaming is set for massive expansion in Canada.

While all this is happening, Luckbox has positioned itself very well and could be one of the biggest beneficiaries of the policy changes in Canada and at Google. Last December, Real Luck Group Ltd began trading on the TSX Venture Exchange in Toronto, Canada.

The European Gaming and Betting Association estimates that mobile betting will account for 45.6 percent of online gambling revenue in 2020 and will reach 50. percent by 2022, surpassing the use of desktop for the first time. This trend is expected to continue, with mobile betting projected to reach a 58.2 percent share in 2025.