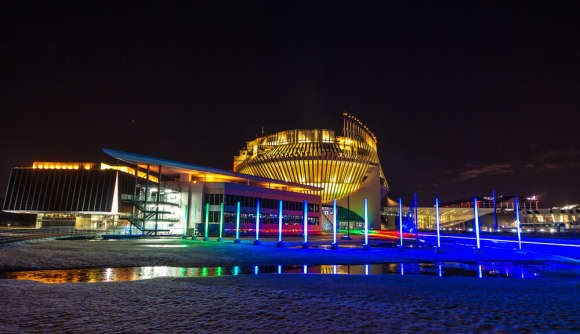 Money laundering allegations among casinos in Quebec have been rife over the last couple of months. Publicly owned casinos in the Canadian province of Quebec are being accused of possible money laundering and various other criminal activities. However, Loto-Quebec, the organization in charge of running the casinos in the province, has come out guns blazing, denying every assertion that’s been lodged against the operators in the province.

It is because of these allegations that the government launched an independent audit to investigate the validity of the allegations.  An external auditor will be called upon to lead the investigation, which will also look into any shenanigans that may be taking place in the loyalty programs as well.

In particular, Le Journal de Montreal reported that Casino de Montreal’s special treatment of alleged mafia boss, Stefano Sollecito as the most glaring example of the money laundering scheme in progress. Apparently, Stefano Sollecito is alleged to have gambled millions at the casino. However, according to public records, the alleged boss has only declared a 5-digit annual income to Canadian tax authorities.

According to Le Journal, Casino de Montreal provides special privileges to clients such as Sollecito and his associates in organized crime in the form of hotel rooms, free restaurant meals, golf plays, as well as concert tickets.

Despite the severity of these allegations, Loto-Quebec has declined to comment on allegations of money laundering in the province. It has been stated, however, that the privileges program which the Casino de Montreal is accused of abusing is open to all customers including the likes of Mr. Sollecito. Any gifts that were awarded are rewards and not gifts as they were wholly funded by the awardees.

As the casino regulator and operator, Loto-Quebec has also cited the Privacy Act, which prevents it from revealing any personal information as it regards its casino customers. Loto-Quebec has defended its reputation boldly, stating that it frequently works alongside stakeholders to ensure that money laundering in the province does not take place.

At present, all of Loto-Quebec’s brick and mortar facilities are shut down like most other retail casinos in the country owing to the prevalence of infection cases. Because of the prolonged shutdown, retail casinos are really struggling to keep their heads above water. IGaming has been a savior for most of these retail operators as more and more people are choosing to gamble online as a means of staying safe and protected from the pandemic.

Is money laundering a common occurrence in the Canadian gaming sector?

Back in 2019, the Criminal Intelligence Service Canada (CISC) released a report that exposed the gambling sector as one of the most preferred sectors for organized crime to launder their money, which is usually acquired from illicit activities. According to the report released by CISC, at least 10% of all identified crime groups in the country use casinos to clean their dirty cash.

And the rates are highest in British Colombia. Casinos in the Vancouver region have been prime targets for organized crime. So much so that the BC province even launched a detailed investigation to crack down on money laundering activities.

According to a report released by the B.C government, organized criminals, particularly those dealing in drugs, rely heavily on a network of underground banks, loan sharks, and punters to clean their shady money all through casinos in the province. The network is so efficient and effective that it’s almost impossible to track the origins of the dirty money.

How exactly does it work? The loan sharks and underground banks loan out cash to punters in the province before it is paid back when the gamblers cash out. In most cases, the cashouts are completed through various offshore accounts.

The money laundering process typically occurs in 3 primary stages. In the first stage, money is loaned to high rollers as well as low-level members for gambling. The punters convert the money loaned into casino chips and gamble with small amounts of it before cashing the remainder out in way of legal checks or cash with a receipt, which is needed to prove that they won the amount.

The launderers may have walked in with illegal money but by the time they are leaving the casinos, the cash is clean enough for the second stage, which is referred to as layering. The proceeds from the gambling escapades are then cleaned further when it is utilized to purchase assets.

The assets vary from cars and real estate to acquiring out of business or almost-bankrupt businesses. Another common way to layer cash is to put it in offshore accounts, shell companies, as well as trusts. Finally, in the 3rd and last phase, the cash is wired to the original owners who then spend it as they please.

Criminal organizations all over the world including China, Mexico, and Colombia, have been relying on casinos in Canada to clean their money. This money laundering process has become so popular that it’s even been nicknamed the ‘Vancouver Model’.