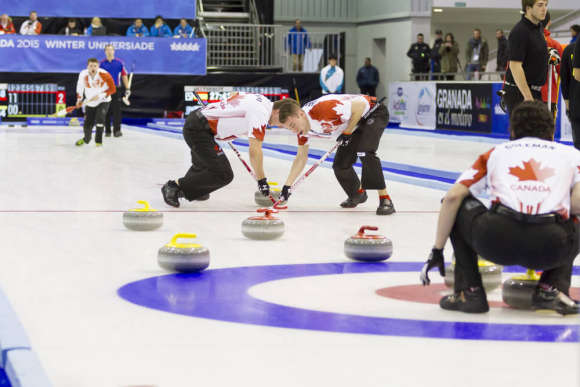 PointsBet has entered into a partnership with Curling Canada, which is the sanctioning body for the sport in the country. Curling Canada oversees more than 12 provincial and territorial curling teams across the country and is also responsible for organizing the national Curling championships. As one of the country’s most popular sports, punters have been waiting for years to place single-game bets on the sports and this will finally be a reality now that PointsBet has entered the picture.

Now that PointsBet is the official sports betting partner of Curling, the popular brand now enjoys exclusive marketing rights for both online casino games, as well as any sports betting across Curling Canada’s digital properties, as well as their broadcasts. Owing to this partnership, PointsBet will also be the title sponsor of the Champion’s event, which will pave the way for PointsBet to use Curling Canada’s logos in marketing and advertising.

Since the Federal government legalized single event betting recently during the summer, numerous opportunities have availed themselves for smaller leagues and sports such as Curling. With such partnerships, the sport of Curling will now have access to the new and regulated market, as well as all the opportunities that are available for exploitation. Relatively unknown sports such as Curling now have new financial opportunities, as well as the chance to attract an even larger audience and fan base.

Outside of Canada, the sports also have a lot of supporters, especially during the Winter Olympics which comes around every 4 years. This partnership could not have come at a better time for PointsBet, as well as the sport with the 2022 Winter Olympic Games expected to start in Beijing soon. Scheduled to take place between February 4th and 20th, the Winter Games will be a big opportunity for gambling operators all over the world, with Beijing set to make history by becoming the world's 1st city to host both the Summer and Winter Olympics.

This partnership will be beneficial not only to the sport but to the PointsBet relatively young brand as well. PointsBet recently launched its Canadian division and has been working hard to make strategic hires and appointments to boost its ambitious goals. Ever since the country began the process of legalizing single-event betting, the operator has proven their dedication to creating a localized operation that will capitalize on the new market; so far so good.

With this partnership, PointsBet will now get exclusive access to fans of the sport, which comprises a large population. According to analysts, more than 13 million fans tune in to watch Curling Canada’s sporting event every year and PointsBet now has exclusive access to this eager and dedicated audience. Even though Curling is supported and loved by at least 35% of the Canadian population, it is still a relatively young league compared to more established leagues like NFL and NHL.

Moving forward, it is likely that PointsBet will keep making such partnerships in their quest to establish the brand as the go-to operator. Just recently, PointsBet Canada also became the exclusive sports betting partner of 2 of the biggest ice hockey websites, namely the Dailyfaceoff.com and Nation Network. As per the terms of this deal, PointsBet will get access to the engaged hockey audience on the site, as well as a clear presence.

Owing to this deal, PoinBet will also enjoy an expanded presence on these sites’ affiliates. Dailyfaceoff.com offers fantasy sports statistics and other important data that allows NHL punters to make informed decisions. The site also regularly shares op-ed pieces, analyses, as well as insider stories that hockey lovers will find interesting. The site attracts at the lowest 1.5 million users monthly and has generated more than 5000 million page views since it debuted.

The Nation Network, on the other hand, also has a loyal audience that will benefit PointsBet greatly as it positions itself as the market leader. One of the Nation Network’s most popular hosts is senior Hockey Reporter Frank Seravalli, who has a well-known podcast on the network. In total, the Nation Network is made up of 12 websites that focus on major leagues including Major League Baseball, National Basketball Association, as well as the National Hockey League.

The Nation Network shares similar content as Dailyfaceoff.com for its fantasy sports audience. The network itself boasts more than 5 million users with its flagship site Oilersnation attracting more than a billion page views since it was founded. Most of the content that is posted on the site is contributed by fans, which explains why the site is so popular among passionate sports lovers in the country.

Such partnerships are important not just for gambling operators but for sports lovers and punters also. Since single event sports wagers were legalized not too long ago, the country has continued to become a central point of expansion for multiple sportsbooks both locally, across the pond in the US, as well as abroad, and PointsBet is no exception. In the US, PointsBet has partnerships with several high-profile brands including MLB, NHL, NBA, the PGA Tour, as well as WNBA.

As the sports betting landscape in the country continues to mature and evolve, sportsbooks like PointsBet will have to be thoughtful about their expansion strategies, and teaming up with content creators and media houses is one such strategy. When sportsbooks and content creators and aggregators work closely, they will end up creating new and different ways for punters to interact and engage with the sports that they love. The upcoming hockey season is bound to be a more exciting one now that fans will be able to enjoy an enhanced experience.

Operators such as PointsBet are doing their best to take advantage of the emerging opportunities available in Canada’s burgeoning sports betting market. Partnerships such as these show the extent to which operators are willing to collaborate and seek exclusive partnerships and rights to various sports, whether big or small.