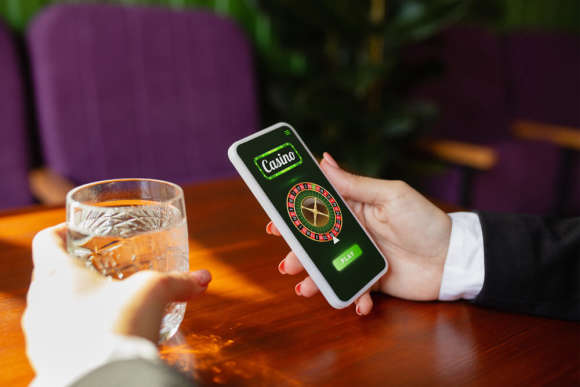 Playgon Goes Live has teamed up with Solid Gaming- a company that is controlled by Bally's Corporation. Playgon specializes in distributing mobile live dealer technology to online casinos all over the world. With this partnership, Playgon now enjoys the opportunity to expand even further in its quest to scale its business and market reach.

Playgon has already positioned itself as one of the most popular aggregators in the gaming industry and it delivers mobile live content to several well-known gaming brands. Over the last few months, the Playgon development team has worked closely with the Solid Gaming team customizing and testing the digital content to ensure that it is well suited to Solid Gaming’s already established brand.

What’s so great about online casinos these days is that they have not just stopped at providing punters with the same games that they would typically see in their retail counterparts. Instead, live casinos have looked for ways to combine the real and the virtual to create an even better experience for punters.

But developers and distributors of live gaming content and concepts are only just scratching the surface. It is clear to see that with innovations in VR, as well as AI technology, the interactive nature of live dealer games is only going to become more enhanced as time goes on. Playgon, in particular, provides its clients in the iGaming space with a multi-tenant gateway that allows them to offer punters impeccable iGaming software solutions.

Solid Gaming is exactly what Playgon needs to dominate the content aggregation industry. Solid Gaming has been around for much longer, since its advent in 2017, and has grown to become a household name in high-performing and exclusive RNG games, betting products, as well as live dealer solutions of the iGaming market.

When it first launched, Solid Gaming’s primary focus was on the Asian gambling market. However, over the last few years, Solid Gaming’s reach has grown considerably. Solid Gaming has made a name for itself as the provider of unique and niche games that boast interesting mechanics that lure punters in while engaging them.

Operators that opt to work with Solid Gaming often do so to separate themselves from the competition; which is why this partnership with Playgon is so instrumental to the brand. In the past, Solid Gaming has worked with several established operators that consist of GameArt, Gamomat, and Booming Games, Tom Horn Gaming, as well as Oryx.

PlayGon performance so far is exceptional

Playgon has also been performing exceptionally well this year. So much so that the mobile live dealer tech company recently announced that it had managed to surpass $24.2 million in betting turnover in the first half of October. Playgon states that it’s turnover increased by more than 1500% from September’s $1.6 million.

According to the Playgon team, their proprietary technology has been extremely well received by partners and clients. This has led to a noticeable increase in the player betting activity of 305,000 wagers for the first half of October compared to the 132,000 wagers that were placed in the previous month of September- an increase of at least 100% growth.

This growth could not have come at a better time as Canada prepares itself for the gambling gold rush that is about to take place in the various provinces. Canadian provinces such as Ontario may indeed be the frontier province for the new betting gold rush that is about to occur in the country. Canada recently adopted legislation to allow single-event betting after bill C-218 was given Royal Assent banning the practice of single event betting on August 27th.

Since then, various provinces have been building sportsbooks and the punters in the country could not be any more excited. The government’s decision to open up a brand new fresh market, that’s unhampered by the myriad issues being experienced in mature markets like the UK, is one of the most exciting development to occur to date in the North American betting market and companies such as Solid Gaming and Playgon are ready to reap the rewards.

Canada has always had an engaged sports betting market and the combination of its massive population, as well as its passion for sports in general, will make the country one of the most lucrative sports betting markets in the world in just a few short years. The biggest leagues in the country, including soccer and ice hockey, were severely affected last year by the shutdown of live sports in the world resulting from the ongoing pandemic.

However, now that single event betting has been made legal in the country, these leagues stand to benefit greatly. Not only will they be able to forge partnerships and collaborate with sportsbooks, but many experts also agree that offering single-event betting will encourage even more people to start tuning in and watching games. More importantly, punters will no longer have to turn to illegal and black online casinos to get their betting fix, which means that punters will now be offered enhanced protection in the market.

The Canadian iGaming market is set to transform dramatically in the next few years and operators such as Playgon and Solid Gaming should expect to reap amazing rewards. As time progresses, these 2 partners will want to do everything possible to ensure that they are offering their customers unique content at all times.