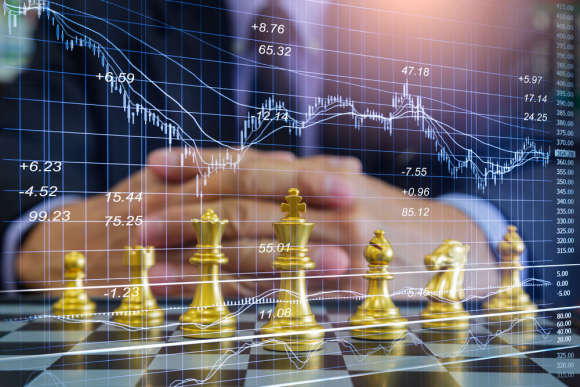 Penn National Gaming is acquiring Score Media for an estimated $2 billion in cash and equity. Penn National Gaming is looking to be one of the first operators to take advantage of the authorization of single-game sports betting in Canada by introducing gaming technology in-house. Score Media has been experiencing a growth spark in the last 2 years that has allowed the brand to stand out in the iGaming market.

Last September, theScore’s shares were transferred from the Toronto Venture Exchange to the more conventional Toronto Stock Exchange. Come February, ScoreMedia was already trading on the NASDAQ, which is no small feat for companies in the gambling scene. This new partnership between Penn National and the Score is expected to close during the first few months of 2022.

With this recent acquisition, Penn now joins the league of online casinos and sports betting firms that have successfully integrated vertically. By developing its technology in-house, Penn now has lower development costs to deal with, which will allow it to concentrate on the most important aspect of success; customer acquisition. Developing its own games in-house means that Penn will be able to expand further and perhaps even make some more acquisitions.

Last year, at the height of the pandemic, Penn National Acquired Barstool sports valuing the business at an impressive $450 million. Barstool is a well-known name in gambling circles as one of the most prominent sports media companies in the country. The partnership has served as a win-win for both parties ever since it was signed.

Barstool has been advertising Penn National’s logo across all Barstool platforms while Barstool has benefited by making its name and brand more credible. So much so that a Barstool branded casino may be a reality sooner rather than later. Thanks to this partnership, both brands are much bigger than they were last year.

Better still, they are both now aligned with the booming sports betting industry. With a presence in both Canada and the US, Penn National has positioned itself for success. In Canada, the Score enjoys a robust market share, which will help to cement Penn’s position as the sportsbook of choice.

The acquisition couldn’t have come at a better time as Ontario as professional and elite-amateur sports return to their regular programming. The Kingston Frontenacs and Kingston Ice Wolves were the first teams in the junior sports league to receive the green light from authorities to return to play after months of inactivity.

The remaining professional and elite sports leagues and competitions have gradually been returning. By fall, Ontario and Kingston expect that things will be back in full swing. This means that sports betting fans will have more action than they know what to do with. Case in point, the Frontenacs of the Ontario Hockey League, as well as the Ice Wolves of the Provincial Women’s Hockey League are expected to be on the ice again by September after being forced to sit out the 2020-21 season.

Even though the government has done a great job of vaccinating as many people as possible, there are still safety concerns that need to be addressed.  The government still has a responsibility to safeguard the health and wellbeing of the public. As such, they have a priority to support a safe return to play protocols that will keep both the athletes and the public safe.

The Toronto Blue Jays have already moved back home and the action has been underway at the Rogers Centre for a while now. The Toronto Impact Major League Soccer and the Canadian Football League are all back much to the excitement of punters.

What most punters are looking forward to is the return of the NHL and the NBA where beloved Canadian athletes will finally face off against US-based teams starting this fall. With lives sports becoming the norm again, bookmakers and bettors are excited for the new sports betting experiences that they are about to partake in.

After more than 10 years and 2 attempts to legalize single-event betting in the country, the practice is now legal. The Senate passed Bill C-218 and the bill has now received royal assent. This means that the provinces now have the authority to license and regulate sports wagering, which has been losing an estimated $14 billion every year to offshore betting sites and illegal gambling sites.

Until now, punters in Canada were only ever permitted to legally bet on 2 or more games, which is commonly referred to as a parlay in the betting industry. With the permission now granted, various provinces including Ontario have been preparing for licensing and regulation that will involve its current lottery corporations and hopefully, all the big shiny names in sports betting as well.

We are talking about well-known brands such as PointsBet, FanDuel, DraftKings, and the Score. Ontario specifically has been gearing up for the expansion of online sports betting and iGaming for months. This opportunity will supply a much anticipated economic boost to the country’s pro leagues through partnerships with sportsbooks. Sports leagues all over the world are desperately seeking additional sources of revenue after being forced to sit out the 2020 season as a result of the pandemic.

According to the Alcohol and Gaming Commission of Ontario, which is the organization that is going to be charged with licensing and regulation, punters in the country should be ready to start betting legally on single-event sports before the end of this year. Some provinces such as Ontario will move a lot faster than others because they already have the foundation set, but the rest will follow slowly but surely.

Less than 10 years ago, sports leagues stood opposed to the legalization of single event betting. As a matter of fact, in 1995, Ontario Lottery Gaming Corporation suspended betting on NBA games. More than 20 years later, all leagues stand in support of legal and regulated betting.

Thanks to the overturn of PASPA by the American supreme court, sports betting has grown exponentially in the last 3 years, and Canada now finally stands a chance to reap the same benefits as their American neighbors across the pond.