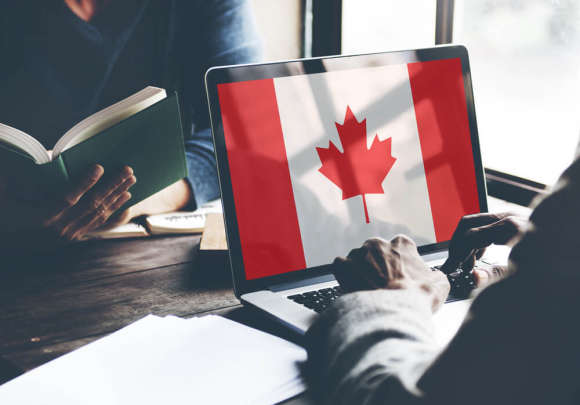 The P.E.I. government has been looking to join other provinces in the move to legalize online gambling in Canada. However, there has been a lot of pullback from Green and Liberal MLAs that haven’t been shy about expressing their discontent and concern over the launch of the online casino.

The government has already received the approval it needs from the cabinet; received in December last year. So if everything goes according to plan, the plan is for P.E.I punters to start enjoying online gambling alongside the likes of New Brunswick and Nova Scotia bettors. The Atlantic Lottery Corporation has been trying to have online casinos legalized for decades, but it is only now that the provinces have started coming around.

The ALC, which served 4 Canadian provinces, has been looking to legalize online casino products in the remaining provinces ever since the first launch was done in New Brunswick last year. Prince Edward Island (PEI) and Nova Scotia were quick to follow suit but the remaining province, Newfoundland and Labrador, hasn’t been too keen on the idea.

As per the law, all forms of gambling are technically permitted. However, they can only be controlled by provincial lottery corporations. As such, it is usually up to the provinces to pick and choose which lotteries and products to offer. Overall, 5 such corporations exist with the 3 largest provinces in the country, namely, British Columbia, Ontario, and Quebec, each having their own.

The slow progress may have been a result of all the input required from many different parties before the final decision was made. Even though the ALC has been adamant about legalizing the market, the Western Canada Lottery Corporation (WCLC) doesn’t appear to have plans in place to launch an online casino site anytime soon.

Nonetheless, this has not stopped some of its territories from forging ahead with launch plans of their own. Specifically, Alberta took matters into their own hands and launched an online casino website, PlayAlberta, which is currently being run by the Alberta Gaming, Liquor and Cannabis, which is the body charged with the responsibility of overseeing the province’s retail casinos.

On the other hand, Saskatchewan opted to go a different route by collaborating with the British Columbia Lottery Corporation to allow its residents to wager online through BCLC’s PlayNow online casino.

Why the sudden change of heart?

It’s not just some of the provinces that have been slow at implementing online casinos. For quite some time, Canadian politicians also seemed to be opposed to the idea until much recently. In the wake of the pandemic, many legislators and politicians have reassessed and reprioritized their stances on online gambling.

The only maritime province to open its doors in the summer was P.E.I and even then, only one casino has since resumed operations. New Brunswick, on the other hand, waited until September to re-open while Nova Scotia casinos did not let punters in until October. Unlike most of the other provinces, Newfoundland is yet to launch a provincially approved casino.

As you can expect, in the open retail spaces, the revenues haven’t been the same since the pandemic struck. Even lottery ticket sales have suffered immensely during this challenging period. All in all, it has been a terrible time overall for the retail casino industry.

Sadly, unlike America, Canadian casinos haven’t had online gambling to fall back on. Indeed, even though retail casino sales have suffered everywhere, American states that currently enjoy legalized iGaming haven’t been doing so badly. IGaming has been a boon during the pandemic with people sheltering in place and preferring to gamble at home.

Case in point, in the US, states with legal iGaming such as New Jersey and Michigan, have been breaking record after record in monthly revenue. And this trend is going to persist for the next coming years. If Canadian provinces want to experience this kind of success, then they must make the legalization of iGaming in most of the provinces a priority.

This explains why legislators have been quick to push for the legalization of the iGaming industry. Online casinos have the potential to generate millions upon millions of dollars in a relatively short time. The provinces are in dire need of added revenue and resources that will aid their recovery efforts moving forward and online gambling can provide these funds in a relatively short period.

Seeing the level of success that the US has experienced with iGaming has been a huge push for Canadian politicians both at the provincial and federal levels. So much so that the Liberal government has even joined forces with the opposition in a bid to legalize single-game sports betting in the country.

Single sports betting has been banned in the country for some time now thanks to fears of match-fixing. However, single sports betting, which will replace the outdated parley system, will likely generate billions for the provinces in the first year of legalization like it has for sportsbooks across the pond in America.

Change is coming; it’s inevitable. As Canadian punters prepare themselves to welcome single sports betting, it appears that iGaming may also soon be on the horizon. It’s been a long journey- with the ALC's attempts to convince provinces to allow online casinos spanning more than 10 years. Now that the P.E.I government has given their sign of approval, the Canadian gambling market can finally prepare itself for worldwide domination.