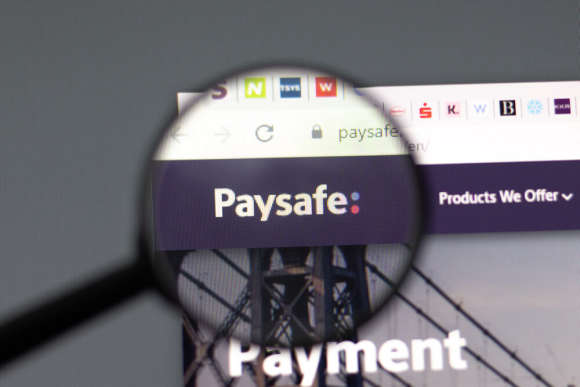 Paysafe, a leading specialized payments platform, has expanded its partnership with NeoPollard Interactive to provide a payment gateway for PlayAlberta, the online gambling site operated by Alberta Gaming, Liquor and Cannabis.

With the integration of PlayAlberta.ca, the Paysafe gateway now processes online payments for the majority of Canadian provincial lotteries such as the the Atlantic Lottery Corporation (which represents New Brunswick, Newfoundland and Labrador, Nova Scotia and Prince Edward Island), British Columbia Lottery Corp, Loto-Québec, and Ontario Lottery and Gaming.

Paysafe explained that each of these lotteries was using its payment gateway technology to enable players to make secure deposits and withdrawals of winnings.

NeoPollard Interactive (NPi) is the contracted operator for PlayAlberta.ca. NPi has implemented a full suite of managed services, including its Customer Engagement Marketing service designed to maintain a strong player funnel from acquisition to conversion to retention. Additional operations provided by NPi include player experience services such as a Customer Support Center that provides phone, e-mail, and chat support.

“Our latest partnership with NPi further strengthens Paysafe’s leadership position in North America’s regulated gambling and lottery markets. Collaborating to support AGLC and PlayAlberta.ca is especially exciting as it creates an opening to expand our existing Canadian customer base,” said Paysafe director of business development for iGaming Gregory Kirstein.

The latest deal between Paysafe and NPi follows another agreement between the two companies last summer. In July 2020, Paysafe supplied its payment gateway to the North Carolina Education Lottery through an NPi platform integration.

Liz Siver, General Manager at NPi, said: “We are honored to be entrusted by the AGLC team to deliver its long-envisioned PlayAlberta.ca program to market this year. Our ongoing partnership with Paysafe plays an integral role in ensuring that we offer best-in-class online gambling experiences for players in Alberta. As this is NPi’s first Canadian venture, Paysafe’s expert teams were essential to successfully meeting requirements of operating in Canada.”

PlayAlberta was launched at the tailend of 2020.

A massive expansion looms for Canada’s online gaming industry, with radical policy and legal changes taking place. Ontario has already indicated that it will liberalize its igaming space, while a bill that seeks to legalize single event sports gaming has the potential to revolutionize online gaming in Canada.

In another deal, Paysafe expanded its U.S. partnership with PointsBet into Michigan, with the sports betting operator already using Paysafe’s payment processing services in five other regulated US states -- Colorado, Illinois, Indiana, Iowa and New Jersey.

A statement said through its latest integration with Paysafe, PointsBet allows Michigan-based customers to easily deposit funds using credit and debit cards, processed through Paysafe’s best-in-breed payment network, as well as ACH bank transfer via checking and savings accounts. Similar depositing methods are also available across the other five states in which PointsBet is active.

The deal also will also see Paysafe expanding its role in the U.S. iGaming space, where the provider has announced several recent partnerships and is focused on sustained growth as more states continue to regulate. Michigan is the most recent of these states, having launched its online market on January 22 this year following authorization from its Gaming Control Board, and bringing in $115.2 million in online wagers during its first 10 days, according to the regulator, a statement said.

“With its innovative mindset and dedication to providing a high-quality sports-betting experience, PointsBet has established a frontrunner status in the rapidly expanding U.S. iGaming market. We look forward to building on an already fruitful relationship by supporting the Michigan launch through our payment processing services, which streamline the customer payments journey and drive long-term loyalty,” said Kirstein.

PointsBet was founded in Australia and first came into the U.S. in 2019, following approval from the New Jersey Division of Gaming Enforcement (DGE). PointsBet went on to collaborate with the Meadowlands Racetrack in East Rutherford, N.J.