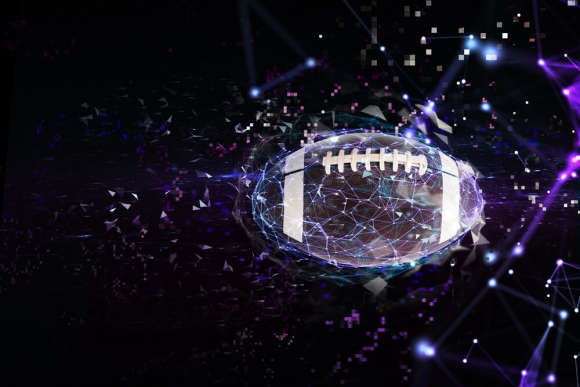 Parleh Media, the independent Canadian content and production company, has announced that it is launching its very own sports betting broadcasting network. This network will also be Canada’s very first network and also the go-to source of all sports betting news, content, and insights, for the punters in the country. This free online channel has been available to sports lovers and punters since Tuesday, October 12th.

Earlier this year, Parleh Media launched a weekly newsletter that serves a one-stop source of information and analysis for punters in the region. Since it was launched in June this year, The Parley has continuously drawn massively engaged audiences thanks to all the fun and dynamic content that is delivered by the newsletter. The Parley not only charges great video content with fans, but it also showcases the most recent hot takes and top picks on various sporting events across the world.

Now that the Media house has debuted Parlay TV, sports lovers and bettors will be able to access the same interesting information and content, as well as betting shows and sports betting segments that consist of Puck Talks, which is the media house’s marquee hockey wagering show Five-A-Side, Parleh Picks, Parleh Today, Footy Talks, Spreadzies, and more.

With the NHL season just recently kicking off, Parlay TV, as well as Parleh Media will be looking to provide their audience with updated news and content on the expanded 32 teams in the NHL. Altogether, there will be 82 games in the 2021-22 NHL season. Parlay TV, in particular, will be keen on setting a high standard that’s similar to the US’s new hockey partners, who are off to a flying start compared to the previous partner NBC.

Thanks to Parlay TV, Candian bettors will now access a full array of popular sports betting shows and segments that cover myriad topics from NFL over and unders, dark horse selections for the Stanley Cup, as well as the CFL and Canadian Premier League. The entire point of the TV network is to keep punters and sports fans informed and entertained as they make their casual wagers.

Aside from providing sports betting fans with detailed analysis, tips, and information, Parlay TV will also be a great opportunity for sportsbooks and iGaming operators to market directly to their fans. The TV experience will feature integrated advertising and sponsorship opportunities, thus helping operators to expand their reach and influence. All advertising and marketing opportunities for sportsbooks will be managed by ThePostGame on behalf of Parleh TV.

ThePostGame already has prior experience working with established broadcasters and operators in the US and Canada including FOX Sports, New York Jets, USA Today Sports Media Group, NBC Sports, PGA Worldwide Exhibitions, as well as the Canadian Premier League. In the coming weeks, Parleh TV will keep expanding its program lineup debuting new shows and segments to keep punters even more engaged in the coming weeks and months.

During this NFL season, Parleh TV must ensure that they take their broadcasts to the next level if they want to maintain the attention of hockey lovers. One of its biggest competitors in the quest for attention will be ESPN, which has also created several hockey discussions shows such as The Drop and The Point. Like ESPN, Parleh TV will also want to do its best to make certain that it hires the right people to be the faces of the TV’s in-game broadcasts. So far, ESPC is working with the likes of Linda Cohn, Emily Kaplan, as well as Kevin Weekes.

Are broadcasters cashing in on the sports betting boom in Canada?

Legalized single-event sports betting is proving to be everything that experts and the government predicted and more. Sports betting has grown to become a great source of revenue for broadcasters and media houses across the pond in the US since the Supreme Court overruled the federal laws that prohibited legal sports betting in 2018.

According to experts, ad sales from online betting shot up from $10.7 million in 2019 to reach $154 million by 2021. Local TV received just under 80% of all the ad revenue spent, with the remaining amount being split between national online betting sites, local radio stations, Network, TV, as well as outdoor advertising.

Together with the growth of online betting ad sales and the integration of wagering content into national TV broadcasts on TV stations and networks like NBC, CBS, as well as ESPN, Canadian broadcasters will be looking to replicate the same results in the newly legalized market.  Canadian broadcasters including Turner Sports and Parleh Media will have to be aggressive in attracting a loyal customer base.

Additionally, the broadcaster will be looking to enter into partnerships with operators. For instance, in February last year, William Hill US joined forces with CBS Sports that made the operator the official sportsbook and betting data provider. ESPN, on the other hand, has a similar partnership with Sportradar.

These days, sports betting content has become a large part of the shows broadcast on ESPN with shows such as “Get Up” and “First Take” regularly using Odds as the basis of their discussions. NBC Sports also has such a partnership with online operator PointsBet. As such, in the coming weeks, Parleh Media Group may want to forge such partnerships with sportsbooks in the country.

As the NHL season continues on, Parleh Media will do everything possible to not only attract more viewers but also to create a loyal fan base. The beginning of the NHL season will be a watershed moment for the newly legalized single-event sports betting market. For the first time since the parliament decriminalized single-event sports wagering, punters can now wager on single NHL games freely.