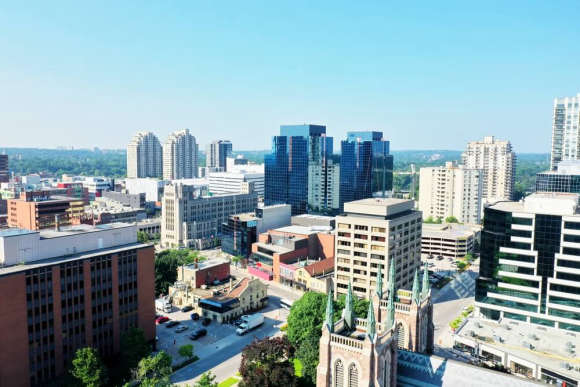 Ontario Released a Draft of Sports Betting Regulations for Feedback

Ontario Released a Draft of Sports Betting Regulations for Feedback

The Alcohol and Gaming Commission of Ontario’s draft of regulations for sports has been under review for a while now. Now that sports betting has been a reality in the province for several weeks now, the competitive and regulated sports market is performing better than expected. The AGCO sought feedback for its regulations not too long ago in August.

AGCO’s mission has always been simple and clear- to create a consumer-friendly market in the province while also boosting provincial revenue. As such, the regulations in Ontario have paved the way for daily fantasy sports, in-play wagering, as well as esports wagering. Ontario is hoping that if it lays the blueprint for a solid iGaming system, where all offerings are available to punters during the initial launch, then other provinces will follow suit.

Before bill C-218 was passed on June 22nd, various senators had expressed apprehensions of match-fixing during the legislative process. Therefore, many of the draft regulations were created to prevent match-fixing as well as other concerns over integrity. Ontario is poised to be one of the most successful betting marketing in the North American region.

As the 5th largest market in Canada and the US, Ontario’s population of 15 million people makes it the perfect market for sports betting success. The province is home to more than 35% of the country’s population. It also boasts Canada’s largest city Toronto, as well as a vibrant sports culture with teams in various leagues including the MLS, MLB, NBA, NHL, as well as the Canadian Football League.

So far, Ontario is still the main province gunning for an open market and is viewed as the crown jewel of the newly regulated market. According to estimates, Ontario alone could generate revenue of up to $2.1 billion. With its population, Ontario would rank as the 5th largest US state after California, Texas, Florida, and New York. However, it would still be bigger than some of the most successful sports betting states, that is, Pennsylvania and Illinois.

Ontario is looking towards its neighbors in US states such as Michigan and New Jersey to set up a super competitive iGaming market. Michigan’s exemplary iGaming market, which is located on Ontario’s southern border, has likely mounted the pressure for Ontario to create a highly effective and attractive iGaming framework. Based on its strong foundation, it may very well attain that goal faster than earlier anticipated.

The Draft discussed above was finally incorporated into the Registrar’s Standards for Internet Gaming earlier this month. The iGaming regulatory framework was created to help the government of Ontario supply customers with more choices while ensuring player protection.  The standards were also designed to ensure that the growth of the legal market was supported while reducing red tape and boosting provincial revenues.

Now that the regulations are official, the AGCO has been receiving applications from prospective iGaming operators and gaming-related suppliers since September 13th. Applicants have been sending in their applications through iAGCO, AGCO’s online service portal. As per the rules of the Gaming Control Act, all operators and gaming-related suppliers that are interested in taking part in Ontario’s open and competitive market must register themselves accordingly.

Those that apply will also be expected to enter into commercial contract gaming with iGaming Ontario before they can be allowed to operate. According to AGCO, land-based operators interested in sport and event wagering will also be allowed to apply once the rules in the Registrar’s Standards for Gaming have been amended to accommodate them.

The long list of regulatory deadlines, also more officially known as the Registrar Standards for Internet Gaming, should come into force before the end of this year. These standards also cover new guidance on correct advertising practices, protocols for reporting suspicious wagering patterns, as well as integrity monitoring standards that all applicants must adhere to.

Local operators that want to remain competitive must do everything they can to ensure that they are offering a high-quality product. Perhaps the most well-positioned operator that enjoys a significant market share in the country is Toronto-based theScore. TheScore has been doing its level best to differentiate itself including partnering up with Canlan Sports, which operates several hockey arenas across North America.

Another company that looks poised to succeed in the iGaming market is PointsBet. BetMGM also has partnership deals with Wayne Gretzky and The Hockey News. DraftKings, on the other hand, also expanded its Daily Fantasy partnership with the NFL to also include Canada. Come December, all operators that are registered under contract with iGaming Ontario will start offering their services and customers across the province.

So far, iGaming Ontario has been responsible for ensuring that all the new measures put in place to safeguard Ontario’s punters from gambling-related harm are enforced. IGaming Ontario is a subsidiary of the Alcohol and Gaming Commission of Ontario and was formed explicitly for this new role and function.

Ontario’s legal gaming market has not only created opportunities for businesses in the province, but has also allowed the formation of a better, safer gambling experience for punters. Having a competitive, regulated iGaming space has provided a much safer alternative to the unregulated, grey market online gambling sites that used to be the go-to for Canadian punters.

Now that each province has the approval to permit single-game betting, operators like theScore, which currently operates the most popular mobile sports media app in the country, and others such as DraftKings are expecting a gold rush in the Canadian sports betting market. More than 38 million people call Canada home and so do 7 NHL teams, MLB’s Toronto Blue Jays, NBA’s Toronto Raptors, and the Canadian Football League.

This means that the opportunity for growth in Canada is immense and up for grabs for anyone that is looking to thrive in the brand new sports betting market. In the US, the NFL rules the day. However, in Canada, the NHL will likely generate the country’s biggest betting handle; and we all know how much Canadians love their hockey.