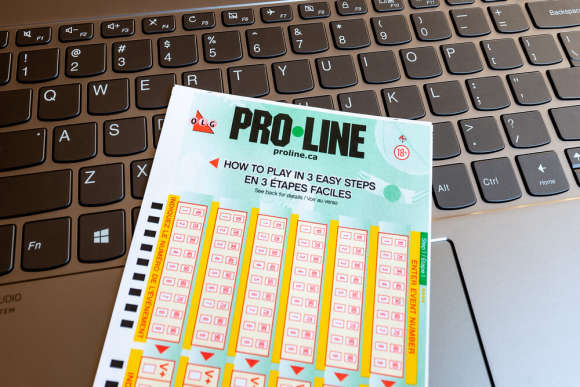 Punters in Canada are finally going to enjoy what American bettors have been enjoying ever since the Supreme court repealed PASPA and legalized sports betting in the country in 2018. For years, Canadian punters have been forced to watch and wait on the sidelines as its government works hard to legalize single-event betting. In a few days though, all this is going to change as Canadians prepare themselves to usher in a new chapter of sports betting in the country.

The government announced not too long ago that it would make single event sports wagers available to punters by August 27th, finally putting into action Bill c-218 and offering punters more options than they’ve ever had before. The news could not have been better received by both the public and interested parties and stakeholders as the country has been waiting for decades for this change to take place.

In particular, the Ontario Lottery and Gaming Corporation (OLG) has announced that it will debut its live new digital sports wagering platform known as PROLINE+ on the first day of single event sports betting in the country. According to OLG, PROLINE+ will offer Canadian punters a new and enhanced wagering experience that comes with dynamic odds on their mobile phones, desktops, or other devices.

Thanks to PROLINE+, punters will be able to access all major sports leagues in addition to international sporting events such as tennis, golf, and more. At present, Canadian law only allows bettors to wager through parlay bets, which means that punters have been combining 3 and sometimes even 4 events into a single wager.

Although parlay bets have always been part of the system in Canada, they have always been tricky to master especially for modern punters that expect a fixed-odds wagering system when placing bets. However, with bill c-218 passed, the revolution and expansion in the betting industry in the country will finally start taking place.

The decision now will rest with each individual province as to whether they should legalize the practice or not. With its massive population, Ontario will serve as one of the most successful single-event betting markets in Canada. OLG, especially, has been on the front lines of having single event wagers legalized in Canada for years, and finally, residents will be allowed to place single wagers through Ontario’s only legal online sportsbook.

To prepare for its August launch, PROLINE+ has been registering punters over the age of 19. Any punters with existing OLG accounts will be able to place wagers using their current accounts. Apart from OLG, other operators in other provinces are also preparing to launch single event bets.

Ontario’s new iGaming regulator, iGaming Ontario, was established as a subsidiary of the provincial gaming regulator also known as the Alcohol and Gaming Commission of Ontario. It is iGaming Ontario that will conduct and manage iGaming in Ontario as the province prepares to vet commercial agreements with operators that meet its standards.

Under its plan for expansion, iGaming Ontario is currently working hand in hand with stakeholders intending to create a commercial agreement that will see offshore operators such as DraftKings join the market. The iGaming body is expected to invite applications to interested parties by the beginning of Fall this year.

Already, the British Columbia Lottery Corporation has partnered with Genius Sports to administer single event wagers in BC.

The other provinces are still yet to allow private businesses to operate iGaming operations in any subcontractor relationship but this is expected to change before the end of the year.

There are missed opportunities for some

But not all parties will benefit from the newly legalized single-event sports betting market. The  Mohawks of Kahnawà:ke are particularly displeased by the latest developments. The Kahnawake Gaming Commission has been administering games of chance and betting on sporting events for decades long before the legalization of single event betting.

According to the community, legalizing the practice will not only cause them to lose business but will also increase instances of match-fixing that the local community wants to avoid at all costs. Even though the Kahnawake Gaming Commission has been administering sports bets in the region for decades, it is not exactly recognized by the legal frameworks that control gaming in the country. The Commission operates traditional land-based gaming, online sports betting, as well as grants iGaming licenses to 3rd parties.

The Kahnawake Gaming Commission’s sports betting service is offered through Sports Interaction, which is controlled by Mohawk Online Limited. But since indigenous nations are now recognized in relation to the regulation and management of iGaming activities, the commission will not gain anything from a newly legalized sports betting market and instead will lose more than it gains.

Despite the disappointing turnout for the commission, single event betting welcomes a wonderful step forward in the liberalization of the gaming laws in the country. In the past, Canadians that have been wanting to place bets on single events have been forced to turn to offshore providers that remain unregulated on Canadian soil.

Most grey market operators do not provide punters with adequate protection that is afforded by regulation. As such, this new betting environment will ensure that much-needed tax dollars remain within Canadian soil while offering players a more enhanced and safer gambling experience. In short, legal single-event betting is a win-win for almost everyone involved.

The revenue collected from single event bets will help the provinces to recover from the long and challenging pandemic period that is still ongoing. Once the bill comes into effect on August 27th, provincial governments will be able to start redirecting substantial revenues into government coffers and offer protections to gamblers while still dealing with serious concerns in the industry such as money laundering.

Unless other amendments are made to the existing legal framework that has been laid out in the Code, private operators will not be allowed to offer single-game betting in other provinces. The only province that has found a way to welcome private operators is Ontario through its iGaming Ontario. Other provinces have not indicated whether they will follow Ontario's lead so it remains to be seen how the industry will unfold in the coming months.