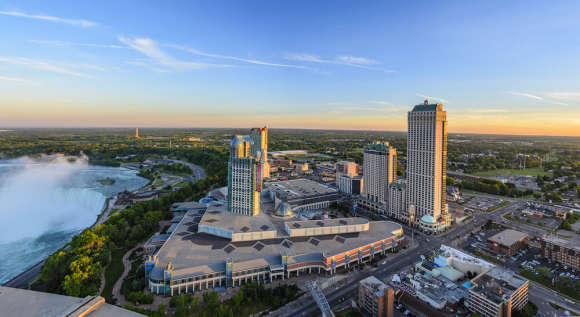 Ontario is truly ahead of its time. Now that single-event sports betting has become a reality for the province, authorities are now working on making online gambling a dream come true for Canadian punters. As a result, the Alcohol and Gaming Commission of Ontario is working on a way forward to guide parties interested in registering for a license on correct procedures.

The Alcohol and Gaming Commission of Ontario created the guide on August 18th and is still waiting to make the application process open to interested applicants. Based on the guide, interested parties will have to forge commercial agreements with the Conduct and Manage entity, which is currently under the charge of iGaming Ontario.

In the coming weeks, The Alcohol and Gaming Commission of Ontario is expected to also share a similar guide for suppliers. If everything goes according to plan, AGCO will launch online betting operations by December. At the very minute, Ontario offers online casino gaming but it is still not offering online poker, which is a situation that the organization hopes to soon remedy.

Ontario iGaming made a promise to privatize iGaming in Ontario last year but it is only now making good on its promise. Based on what has been outlined in the guide, operator licenses are expected to cost approximately $100,000 each year. alongside the guide, operators will also have to refer to the Registrar’s Standards for Internet Gaming, which lists down the province’s expectations of all the operators that will receive licenses.

Because the AGCO has worked hard to create a regulatory framework that is based on integrity and honesty, it will also open up the application of licenses to gray market operators. This is what will allow the entity to address any remaining unregulated casinos still operating in the newly regulated market.

It has been a long road to get here

In Ontario, online gaming is being regulated by the Alcohol and Gaming Commission of Ontario, which is responsible for registering operators and suppliers as well as establishing obligatory standards to govern their operations. iGaming Ontario is tasked with contracting any private operators that come on board. It is also the body that will receive a share of the revenue made from sports bets so that the money can be distributed to the province.

iGaming Ontario will also be the agency responsible for implementing uniform procedures relating to player protection and reduced gambling-related harm. Unlike most American states whose laws have a cap on the number of operators allowed to compete for a chance to take part in the booming sports betting market, the Ontario government has removed any obstacles and barriers to market access.

Now that single sports betting has become a reality for Canadian punters, Canada is set to be in sharp focus as one of the leading online gambling and sports betting destinations in the world. Since Bill C-218 was legalized thus paving the way for the Safe and Regulated Sports Betting Act to be turned into law, Canada now has the chance to grow and develop into one of the most successful sports betting markets in North America.

Until the legalization of single event betting, the Federal law only permitted parlay or multiple eagers, primarily in the shape of sports lottery-style games. Until now, operators were banned from offering in-play betting or the traditional wagers that are typically placed in brick and mortar sportsbooks or through offshore sports betting operators.

Now that the bill has received Royal Assent, it is now up to each of the provinces to determine how they wish to roll out single event betting. The Canadian sports betting market is soon going to be extremely similar to the sports betting market in the US where each state has a different regulatory approach since the Supreme Court paved the way for legal sports betting in 2018.

So what does the future of the sports betting industry in Canada look like?

Now that single event gaming has been legalized, the online sports betting boom in Canada is underway. Sports betting in many provinces including Ontario is under the control of state-operated lottery corporations. However, it still remains to be seen whether a regulatory system that involves private sportsbooks is going to be implemented in other states.

In the future, cross-border collaborations between Canadian casinos and those across the border in American states such as Michigan or New York might also be a reality. It is also likely that casino operators will encourage provincial authorities to allow them to host Vegas-style sportsbooks in their facilities. In addition to the brick-and-mortar casinos, video lottery terminals and other brick-and-mortar locations may also want to venture into creating sports betting kiosks that will be under the control of the lottery corporations.

Ontario has done a great job of leading the way and creating a roadmap that other states can follow moving forward. Ontario’s Proline+ has already successfully processed more than $1 million in sports wagers during the first week of operating its new online book. During the first week, 74% of the bets placed on the platform were single event wagers while the remaining 37% were made in-play.

This just goes to show how high the demand for single event betting is in Ontario and the country as a whole. Bettors in the country have been waiting for a dependable and high-quality option that would allow them to place bets like these and it appears that the various platforms available are delivering to eager punters to the best of their ability.

As such, the Ontario gambling market is scheduled to be one of the most successful markets that will consist of a wide range of products including poker, casino games, and sports betting. Before the end of this year, at a competitive tax rate of 20%, the gambling market in Ontario is expected to generate upwards of C$989 million this year before growing to C$1.86 billion by the end of 2026. By 2026, Ontario is anticipated to be just as lucrative as other North American gambling markets, namely New Jersey, Michigan, as well as Illinois.