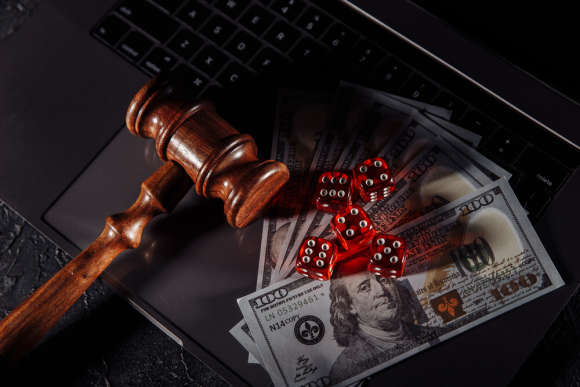 Currently, the only operator allowed to run online gambling in the province is Ontario Lottery and Gaming Corporation (OLGC) via its PlayOGA.ca website. But this is now certain to change, with the provincial government set to introduce new legislation to end OLGC’s online gambling monopoly.

With the proposed legislation, a new body will be created under the Alcohol and Gaming Commission of Ontario to oversee the sector.

The plan to license private players will be a fulfillment of Governor Doug Ford’s wishes to establish a competitive market for online legal gambling. The Conservative Ford made the pledge in the 2019 provincial budget.

The provincial legislature is now expected to pass the new law in 2021. The proposed online gambling legislation has been described as “online gaming revolution.”

The most obvious benefit from legislating for online gambling is the revenue boost for the province. Ontario’s finance department estimates that most of the $500 million Ontario residents spend on online gambling flows to gray market websites.

Now the plan is to make sure the money does not leave the province, particularly at a time when revenues have taken a battering due to the enforced closure of land-based casinos thanks to the COVID-19 pandemic.

“There’s a tremendous benefit to bringing this out of the shadows and into the forefront and take advantage of this regulatory change that will protect consumers and bring revenue to the government. It will also be a very strong economic driver to the industry to get companies to locate and operate here,” said Paul Burns, chief executive officer of the Canadian Gaming Association.

Analyst James Kilby believes legal online gambling would be about a $547 million market in Ontario even without single-game sports betting or $1.47 billion with it. And with such figures, it is quite clear why the Conservative government is pushing to legalize online gambling.

However, despite being upbeat at the prospects for online gaming, provincial authorities are playing their cards close to their chests, literally, as they are still coy on when they are likely to push through the legislation.

“Over the coming months, the government will work to develop a new model for online legal gambling to help foster an exciting gambling experience. Financial details will be determined once further work has been undertaken,” said spokesman Scott Blodgett.

While immediate benefits of the legislation will be revenue for the province, others are already looking at the bigger picture and what this could mean for online gambling across the country.

“Ontario legalizing online betting could also spur other Canadian provinces to follow suit, providing an even bigger opportunity for companies like Bragg Gaming Group to gain first-mover advantage in the country's largest market. From there, it will be easy to expand into new Canadian markets as they open up. The Canadian Federal government has already proposed nation-wide legalization of single-event sports betting, adding to the Canadian opportunity,” the Bragg Gaming Group said in a statement.

Sore Media and Gaming Group (theScore) said it fully supported the Ontario provincial government’s decision to legalize online gambling, saying “that moves us a significant step closer towards safe and regulated sports betting in Ontario. Canada is theScore’s home turf and we are eager to bring our award-winning sportsbook, theScore Bet, to our highly engaged fans across Ontario, a huge market with a population larger than all but four U.S. states.”

“We’re also encouraged by the province’s commitment to continue to work with the federal government in their effort to legalize single-event sports wagering in Canada, where legislation to effect this change was debated in the House of Commons earlier this week,” said theScore founder and CEO John Levy.

It is projected that 30 to 40 U.S. states, many of which border Canada, will have full legal sports betting within five years.

Michigan has officially legalized online poker, with the move coming just in time as a great Christmas treat for gamblers in the state. Michigan is the sixth state to legalize online poker for those 21 and older, following Nevada, Delaware, New Jersey,  West Virginia, and Pennsylvania.

With online gambling more established in the U.S., you can read more about online slots bonuses.