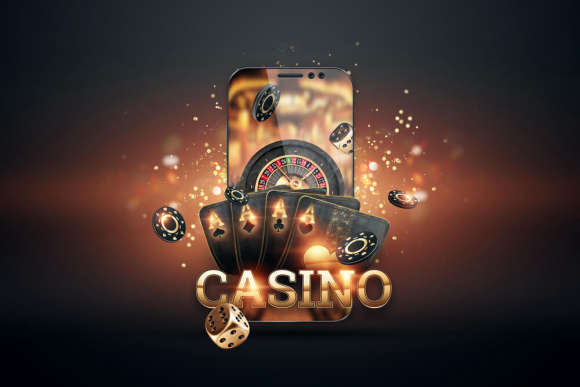 Ontario Could Be the Next Great Online Betting Market

Ontario Could Be the Next Great Online Betting Market

Move over New Jersey; Ontario’s taking over. As a result of recent changes, the regulated wagering market in the north is set to be one of the most attractive for operators and investors, which is excellent news for punters in the country. Two significant changes have allowed this to happen.

One of them is Ontario’s decision to end the lottery-run monopoly that was holding the online gambling sector in the province back. The second change was the government’s decision to end the federal ban on single-game sports wagering. These two actions have set the ball rolling on what could be the most vibrant sports wagering market in North America.

Ontario has been primed for success in the sports wagering market for years but these 2 among other legislative reforms were preventing the industry from growing to its full potential. By population alone which totals approximately 14 million citizens, Ontario has the capacity to generate billions of dollars in sports betting revenue.

Ontario’s potential is staggering even when compared to mature U.S. markets that are raking in billions such as New Jersey and Pennsylvania. If given the right support, the Ontario market could blow up to outshine all these other ones that have been in the game for much longer.

The introduction of the legislation will go a long way in helping to attract well known and better-established sportsbooks and iGaming operators such as FanDuel and DraftKings. Once this legislation is passed into law and things become official, the Alcohol and Gaming Commission of Ontario (AGCO) is excepted to take over from the Ontario Lottery and Gaming Corporation.

A branch of the AGCO will have to be established so that the relationship between the authorities and licensed operators is better managed. Single-game sports wagering, which has been illegal and punishable under the Criminal Code of Canada, is also going to be a reality for Canadian punters soon. Even though single-game sports betting was always banned, the parlay style system has always been available to bettors in the country.

The bill to introduce single-game sports wagering, also referred to as Bill C-13 was introduced in late 2020 (November to be exact) by Justice Minister David Lametti. If the bill becomes law and single-game betting in Canada is approved, the provinces will be allowed to regulate their industries as they see fit.

This bill couldn’t have been introduced at a better time as Canada has been watching legalized sports betting in the United States take off from the sidelines. To put salt to injury, Canada has been losing out revenue; as high as $14 million; to the budding sports betting market in the US, something that cannot be allowed to happen any longer.

Those that have supported the move to legalize single-game sports betting in the country point to the potential revenue that the industry could generate. And because every province is now struggling to fill the gaping budget hole that’s been left by the pandemic, every dollar generated counts.

Apart from the tax that’s generated and funneled into the struggling economy, single-game sports betting will attract a horde of sportsbook companies, which will bring much-needed jobs. And it’s not just good news for people looking for jobs. Digital sports media companies in the country will also look to make partnerships with these new entrants to help them generate the necessary buzz needed to grow in a competitive market space.

Now that Canadians will be able to soon punter on single sports events such as the Super Bowl or the Canadian Football League’s Grey Cup, sports operators that are new to the market will also want to partner up with these Canadian sports teams, which means that even more revenue will be generated.

But not everyone is in support of this move to legalize single sports betting in Canada. Those against it claim that legalization will only make the problem gambling issues that pervade the country much worse than they already are. Add to that the challenges of monitoring underage punters and gambling addiction statistics in the country could go up.

Those opposed to legalization also claim that as sports betting in the country becomes more popular, Canadians could see the rise of match-fixing, which could severely undermine the integrity of professional sports in the provinces. The opponents of legalization contend that the country should first create a law designed to target match-fixers before single-game sports betting is legalized. However, it’s not likely that will happen.

As Ontario prepares to become the next biggest sports betting market in North America, it will want to look towards the legalized sports betting in America so that it can try and replicate some of its successes.  With the recent boom of the US gambling industry, it is evident that the Canadian sports betting market is headed for greatness. Canadians have a large appetite for single sports wagering so success is imminent.

Ultimately, legalizing the industry is just what Canada needs to reduce the influence of the illegal, offshore market. This will prove to be highly beneficial to punters as it will make sure that the market is regulated thus paving the way for safer and responsible gambling. These rapid developments that will occur in the market will certainly take some getting used to. However, they are necessary if Canada is to advance its sports betting market.